Although Zinke says he won’t hand federal land to states, he is likely to lease vast tracts to the oil, gas, and coal industries. 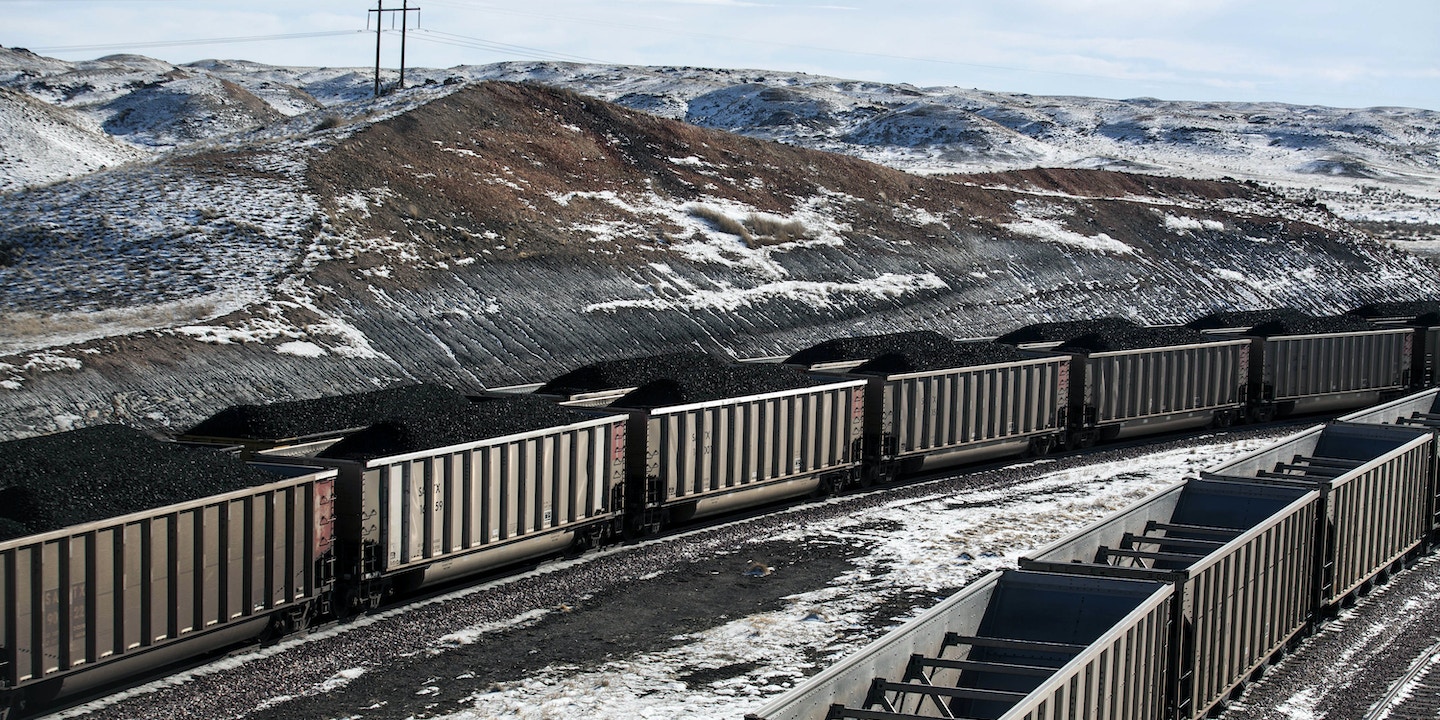 During his confirmation hearing Tuesday, Rep. Ryan Zinke, a Republican from Montana, promised not to hand over federal land to state control when he takes on the role of secretary of the interior.

By standing firm against that one nightmare promise from the 2016 Republican platform, Zinke seems to have avoided the kind of fury Democrats have directed at President-elect Donald Trump’s Environmental Protection Agency pick Scott Pruitt and his Energy Department nominee Rick Perry.

But although Zinke says he won’t hand federal land to states, he is likely to lease vast tracts to the oil, gas, and coal industries — and flip green the yellow light that Obama’s administration put on federal lands fossil fuel development.

Although Zinke repeatedly invoked Teddy Roosevelt on Tuesday, and promised to strike a balance between conservation and energy development, he also indicated he would support efforts to review or overturn a list of Obama administration rules including the ban on drilling in parts of the Alaskan Arctic, the moratorium on coal extraction on public land, new stream protections, and rules preventing methane flaring during oil and gas extraction.

Asked by Alaskan Sen. Lisa Murkowski, head of the Senate Energy and Natural Resources Committee, “Will you commit to a formal review of all of the Obama Administration’s actions that took resource-bearing lands and waters in Alaska effectively off the table?” Zinke replied, “Yes.”

Asked if he would support Wyoming Sen. John Barrasso’s efforts to use the Congressional Review Act to halt a newly passed Interior Department rule meant to limit oil and gas companies from venting and flaring methane, Zinke said, “Yes.” He also indicated he would not oppose use of the act to overturn a stream protection rule, which limits coal mining near water. Nominee for U.S. Secretary of Interior, Rep. Ryan Zinke (R-MT), is sworn in during his confirmation hearing before Senate Energy and Natural Resources Committee on Jan. 17, 2017 on Capitol Hill in Washington.

And asked if he would commit to end the Interior Department’s moratorium on federal coal leasing, Zink said “The war on coal, I believe is real,” and stated his support for an “all of the above” energy strategy.

It’s no wonder the Western Energy Alliance, an industry group that spends much of its time trying to overturn government limits to drilling on federal lands, gave such a rousing endorsement of Zinke, declaring that it “strongly supports the confirmation of Congressman Ryan Zinke,” adding, “Western producers with reasonable access to federal public lands can help him create hundreds of thousands of high-paying blue-collar jobs. Congressman Zinke is the right person to enact this vision while protecting the landscapes that all Westerners love and cherish.”

The Independent Petroleum Association of American and the American Petroleum Institute have also expressed their support for Zinke.

As Sen. Murkowski put it, “We hope the cavalry is on the way.”

Zinke comes from western coal country. Around 40 percent of U.S. coal comes from the Powder River Basin, located mostly in Montana and Wyoming. Most of that Powder River Basin coal comes out of federal land. Montana also borders Alberta, Canada, home of the tar sands. The Keystone XL pipeline would cross the Canadian border into the U.S. through Montana, and Zinke is a supporter of the pipeline.

If Zinke took seriously scientists’ warnings about the threat of climate change and the need to decarbonize our energy system, he might think twice about allowing new fossil fuel extraction on public lands. But during questioning from Sens. Bernie Sanders and Al Franken, Zinke repeated lines popular among Republicans unwilling to address the issue.

Although he noted that he’s seen glaciers recede as he ate lunch during visits to Glacier National Park in his home state, and said of climate change, “I don’t believe it’s a hoax,” he added, “I think where there’s debate is what that influence is, what we can do about it.” He affirmed that he is not a climate scientist and said that, “There’s a lot of debate on both sides of the aisle.”

Sanders cut him off, “Actually there’s not a whole lot of debate now. The scientific community is virtually unanimous that climate change is real and causing devastating problems.”

Top photo: Rail cars are filled with coal at Cloud Peak Energy’s Antelope Mine north of Douglas, Wyo. on Jan. 9, 2014.