Foreign students studying in the U.S. have been thrown into crisis by Trump’s executive order, and the consequences for American schools could be huge. 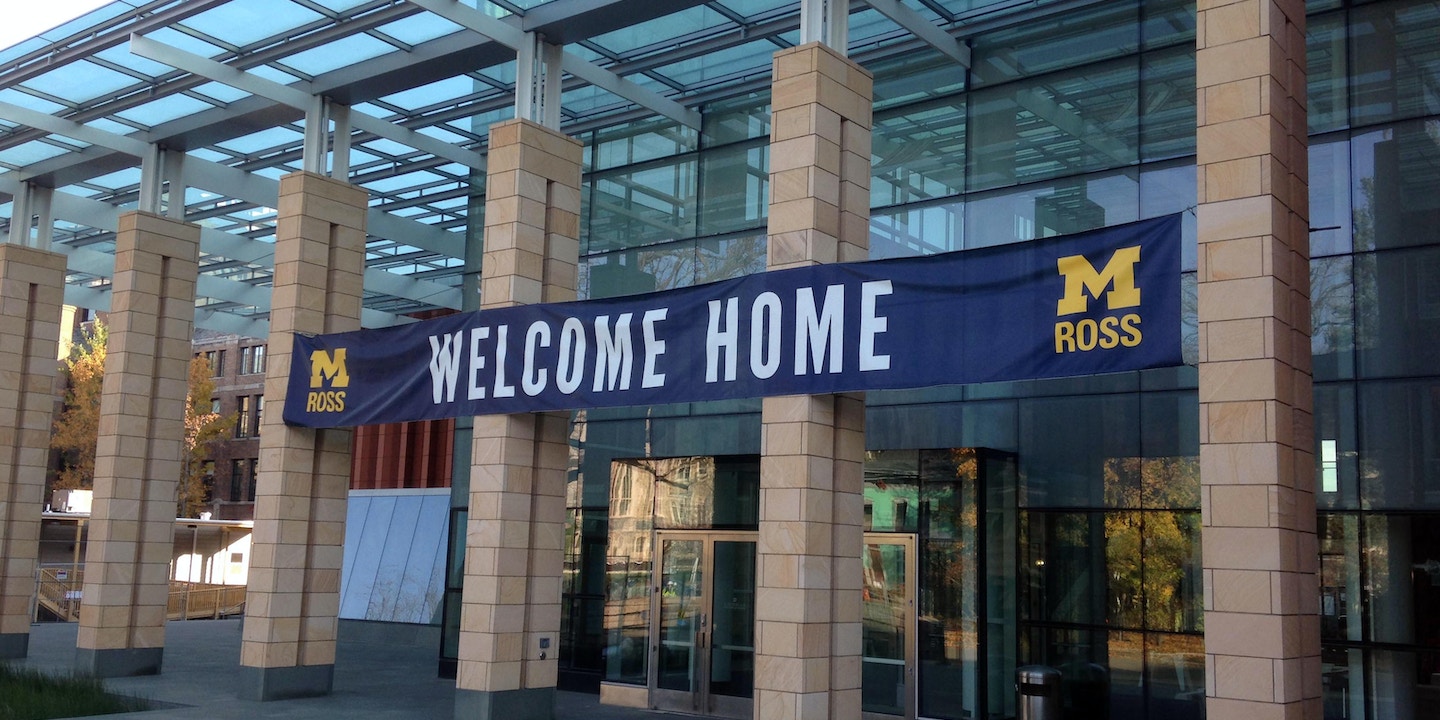 Foreign students studying at major American universities have had their futures suddenly thrown into question by President Donald Trump’s sweeping new executive orders on immigration. Immigration lawyers have warned student visa and green card holders not to leave the country because of the risk that they will be barred from re-entry. Fear is also growing that the federal government may begin targeting students already here for deportation.

Even before the order was signed last week, reports had begun to surface of students at major U.S. universities having their student visas revoked and being barred from re-entry to the country after traveling abroad. The Intercept was able to contact and independently confirm the identities of several people who had these experiences. The individuals affected asked that their identities be withheld because they are attempting to appeal the government’s decision.

Many are now asking what U.S. colleges and universities are willing to do to protect their students from an increasingly predatory administration. 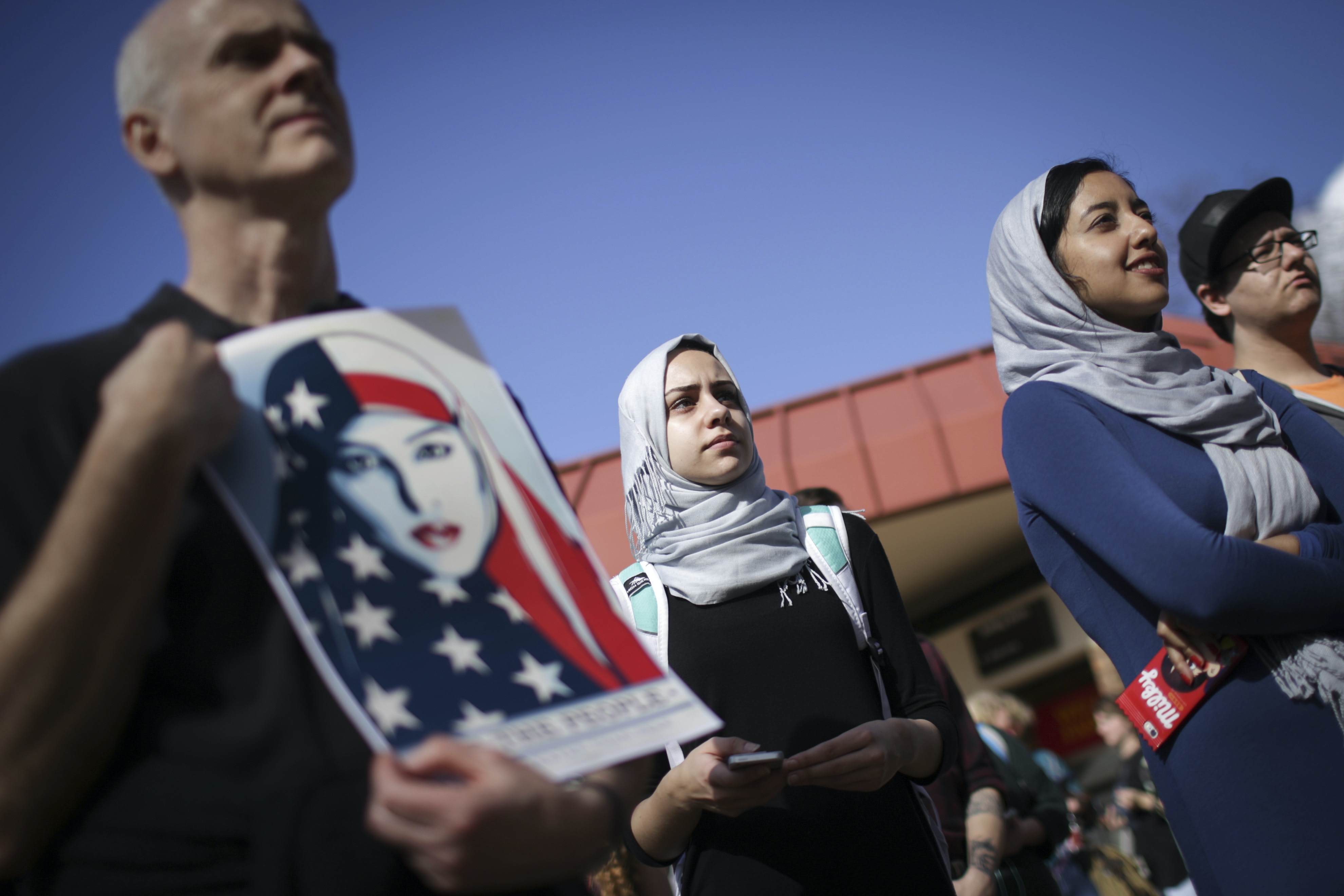 Speakers at a rally at the University of Georgia voice concerns about President Trump’s potentially discriminatory policies on Jan. 20, 2017. Mae Eldahshoury, center, of the Muslim Student Alliance, came to the rally to show support for others concerned about Trump’s “rhetoric to ban Muslims.”

The University of Michigan issued a statement that it would not voluntarily share any information about its students’ immigration status with the federal government. A number of other major universities with large foreign student populations contacted by The Intercept also said that it was their policy not to voluntarily share information with the federal government about immigration status without subpoenas.

But many students say that institutions urgently need to do more. “A lot of the institutions are in the same place and are really struggling to cope with the new executive orders. They didn’t expect this to happen, but they need to start taking it seriously,” says Hazami Barada, a student activist at Harvard University. Barada says that school administrators can help students by making immigration attorneys available to them, distributing Know Your Rights information and conducting educational seminars, and providing transparency on what steps they are taking to assist individual students who are now at risk.

“The level of anxiety and fear among students is extremely high,” she says. “This needs to be a priority for all schools, right now.” Contacted by The Intercept, a spokesperson for the American Association of Universities, an organizing body representing 60 major U.S. universities, said that it has “not provided advice to [member] universities on how to deal with the impact of the executive order,” but added that it is working “with these universities and other associations to end this order.” The AAU also issued a statement calling on the Trump administration to lift the executive order as soon as possible.

As the impact of new immigration restrictions builds, there are signs that the government may be moving to pressure schools to provide more information on their students. A bill in the New York State Senate introduced by Republican senators last week would require schools to compile reports on their foreign students, including information about countries of origin.

This is where, educators say, schools need to resist pressure.

“One of things we are advocating is that schools resist providing information about their students from the federal government,” says Shirin Vossoughi, an assistant professor at Northwestern University. “It’s possible that in the future the Trump administration may attempt to withhold funding from publicly funded schools if they refuse to share information, but it’s important for them to stand strong on this issue.”

The Student and Exchange Visitor Program, or SEVP, is a program maintained by the Department of Homeland Security to track foreign students in the United States. Legal activists who spoke to The Intercept said that they are working with a number of schools around the country to find legal ways to help them protect some student information from the federal government. After the detention of a number of University of Massachusetts faculty last week, the president of the school joined Massachusetts Attorney General Maura Healey at a press conference announcing a legal challenge to the executive order.

But even if schools can take steps to protect their international students and staff, the long-term impact of the executive order on higher education in the United States will still be significant.

A 2015 State Department report estimated that there are roughly 1 million international students studying at U.S. colleges and universities. In addition to the research and educational benefits these students bring to American schools, their presence contributed over $30 billion to the U.S. economy last year alone. The abrupt nature of Trump’s recent executive order — stranding many students abroad and barring them from re-entry — shows that the Trump administration is willing to make sudden, drastic changes to immigration policies with complete disregard for their impact on international students and faculty.

Even if students already in the United States can be protected — something that is far from certain at the moment — it’s likely that fewer will choose to take the risk of studying here in the future.

“In the long run, this will be very damaging to the competitiveness of academic institutions in the United States,” says Michael Horn, an associate professor at Northwestern University. A number of Horn’s own students have been impacted by the recent orders, putting their ability to finish their education into question. Horn says the callous disregard for students exhibited by the new administration will have long-term effects on the ability of U.S. schools to attract foreign students, who are particularly well represented in the science and engineering fields.

Says Horn, “If I were a student from any country that might happen to end up on the administration’s list, and executive orders can be sprung without warning on any random Friday, why would I risk coming to the U.S.?”

Top photo: A sign welcomes visitors to the University of Michigan’s Stephen M. Ross School of Business in Ann Arbor, Mich., on Nov. 3, 2014.