Texas Attorney General Ken Paxton said he would immediately appeal the injunction instead of waiting for a full trial. In a ruling highly critical of the state of Texas, federal District Judge Sam Sparks last week issued a preliminary injunction blocking the state from implementing new health department rules that would require the cremation and burial of aborted fetal tissue.

In response, Texas Attorney General Ken Paxton said he would immediately appeal the ruling to the notoriously conservative 5th Circuit Court of Appeals instead of waiting for a full trial and final ruling from Sparks on whether the rules would be permanently blocked.

The new rule, Sparks wrote in the January 27 order, reads more like a “pretext for restricting abortion access” and less like a reasonable measure designed to “protect the dignity of the unborn,” as state officials have professed is their goal.

It was the first test in Texas of the strength of a June 2016 ruling by the U.S. Supreme Court reiterating the right to abortion and further defining the level of scrutiny with which regulations restricting that right should be judged by the courts — though it certainly won’t be the last test, in Texas or elsewhere.

For 28 years, the state of Texas had on the books regulations for the disposal of all medical waste that would allow the tissue to be incinerated and disposed of in a sanitary landfill. Last year, state officials suddenly decided that in order to improve public health and safety the state would define “fetal tissue” as a separate and distinct category of medical waste and would eliminate the option that this tissue be disposed of along with everything else, instead requiring separate cremation and burial.

Notably, the new rules were first published just days after the U.S. Supreme Court overturned two of Texas’s onerous abortion regulations, in the case Whole Woman’s Health v. Hellerstedt. In that ruling the court made plain that abortion-related restrictions cannot be arbitrary, and instead must be based on a legitimate, fact-based state interest and may not create an undue burden for women seeking to access care. An abortion rights activist holds placards outside of the U.S. Supreme Court before the court struck down a Texas law placing restrictions on abortion clinics on June 27, 2016, in Washington.

There is nothing in Texas’s fetal tissue burial rules that would seem to fit within the parameters of the Whole Woman’s Health ruling. While the state first said its goal was “enhanced protection of the health and safety of the public,” none of the witnesses who testified for the state at a hearing in Sparks’s courtroom in Austin in early January offered any evidence that public health and safety had in any way been compromised by the longstanding rules regarding the disposal of medical waste.

In fact, before the final rules were posted in December 2016, the Department of State Health Services changed its rationale, claiming that the rule changes were justified as a means to “express the [Texas] Legislature’s will to afford the level of protection and dignity to unborn children as state law affords to adults and children.”

In his order, Sparks attacked the state’s motives and actions in bringing forward the new rules. While the Supreme Court made clear in an important 1992 opinion that states have a “substantial” interest in “potential life,” that could not possibly justify rules that relate to the disposal of medical waste. “The [rules] regulate activities after a miscarriage, ectopic pregnancy, or abortion — activities that occur when there is no potential life to protect,” he wrote. Moreover, it appears that the rule may serve as a backdoor to defining life at conception, “potentially undermining the constitutional protection afforded to personal beliefs and central to the liberty protected by the Fourteenth Amendment,” Sparks wrote.

The lengths to which Texas would go to further its agenda were on clear display during the January hearing. After being confronted by Sparks with the fact that the fetal burial rule directly conflicts with state law that allows cremated human remains to be disposed of liberally — including in a landfill — the state changed its tune, saying that fetal remains weren’t actually human remains and thus could be regulated without running afoul of existing law. 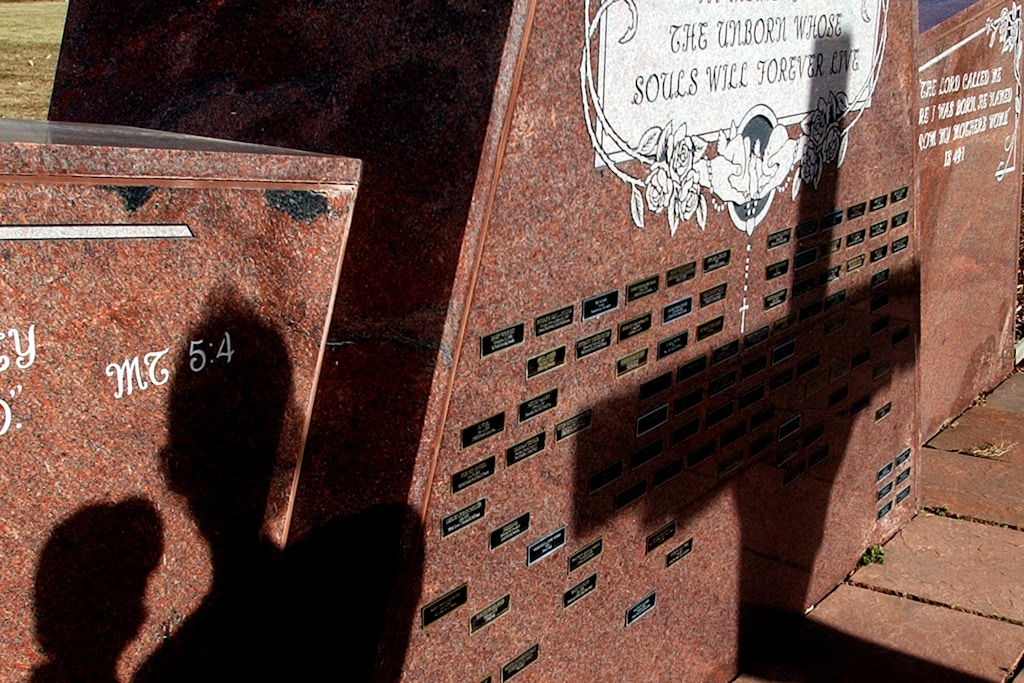 The state did make a weak attempt to comply with the guidance of Whole Woman’s Health by offering into evidence a series of facts designed to show how easy the rules would be to comply with and how as a result they couldn’t possibly be construed as an undue burden on women seeking care. For example, Jennifer Sims, a deputy commissioner for the state health department, testified that the agency calculated that each year surgical abortions would create just 130 pounds of waste that would need disposal, for a total cost of just a few hundred dollars — certainly not anything that would prohibitively drive up the cost of an individual abortion.

But the state’s analysis — which Sparks termed “simple, back-of-the-envelope math” that is “unsupported by any research and relies heavily on assumptions” — assumed that all fetal tissue from every surgical abortion conducted in a single year from across the state would be collected in one vessel and transported all at once for cremation and burial, a preposterous notion in a state with more than 5 million women of childbearing age living across roughly 280,000 square miles. Moreover, Sparks questioned how mass collection, cremation, and burial “better protects the dignity of the unborn.”

Equally flawed was the state’s assertion that there would be any number of vendors able to collect, transport, cremate, and bury the waste. The state said the Texas Catholic Conference of Bishops had offered to bury the fetal tissue at its cemetery — but whether the group would be able to secure the permits needed to transport and handle medical waste is unclear, and the fact that the remains would be buried in a Catholic facility “raises questions about the impact on women whose beliefs differ from the Catholic Church’s,” Sparks wrote.

Meanwhile, the providers who are seeking to block the rules from ever taking effect — including Whole Woman’s Health — testified that because anti-abortion activists routinely target vendors that work with clinics, they were only aware of one medical waste specialist in the entire state that might be willing to work with them if the new rules were to go in effect.

“With only one potential vendor to handle disposal of fetal tissue under the new rules, allowing the [rules] to go into effect could substantially impair, if not eliminate, access to abortion in Texas,” Sparks concluded as part of his decision to enjoin the rules.

“Texas has chosen to dignify the life of the unborn by requiring the humane disposition of fetal remains,” Paxton said in a statement. Sparks’s ruling, he continued, “reaffirms that the abortion lobby has grown so extreme that it will reject any and every regulation no matter how sensible.”

So far the courts have not agreed with Paxton: Indiana and Louisiana have each had similar regulations blocked by court action. Similar restrictions in other states, including Arkansas and Georgia, are less onerous than the laws that have been blocked and are currently in effect. Reproductive rights advocates expect to see additional states seek to pass similar restrictions in the coming months.

“This law is unnecessary, unconstitutionally vague, and manifestly insulting to women,” Nancy Northup, president and CEO of the Center for Reproductive Rights, which is litigating the Texas case, said in a press statement. “Our Constitution protects a woman’s fundamental right to access reproductive health care without needless barriers, and we will continue fighting for decisions like this wherever politicians choose to ignore that right.”

Top photo: Pro-choice activists celebrate on the steps of the U.S. Supreme Court on June 27, 2016, in Washington after the court struck down one of the nation’s toughest restrictions on abortion, a Texas law that women’s groups said would have forced more than three-quarters of the state’s clinics to close.