People on the scene say the building targeted by U.S. drones was a part of the mosque complex — and that the charred rubble shown in the photo was where 300 people were praying. The Pentagon spokesperson insisted that the U.S. airstrike in the rebel-held village of Al-Jina in northern Syria on Thursday night did not hit a mosque. “The area was extensively surveilled prior to the strike in order to minimize civilian casualties,” Navy Captain Jeff Davis wrote in an email. “We deliberately did not target the mosque.”

He even unclassified and circulated a photo. And he pointed out that on the left, you can see a small mosque, still standing. 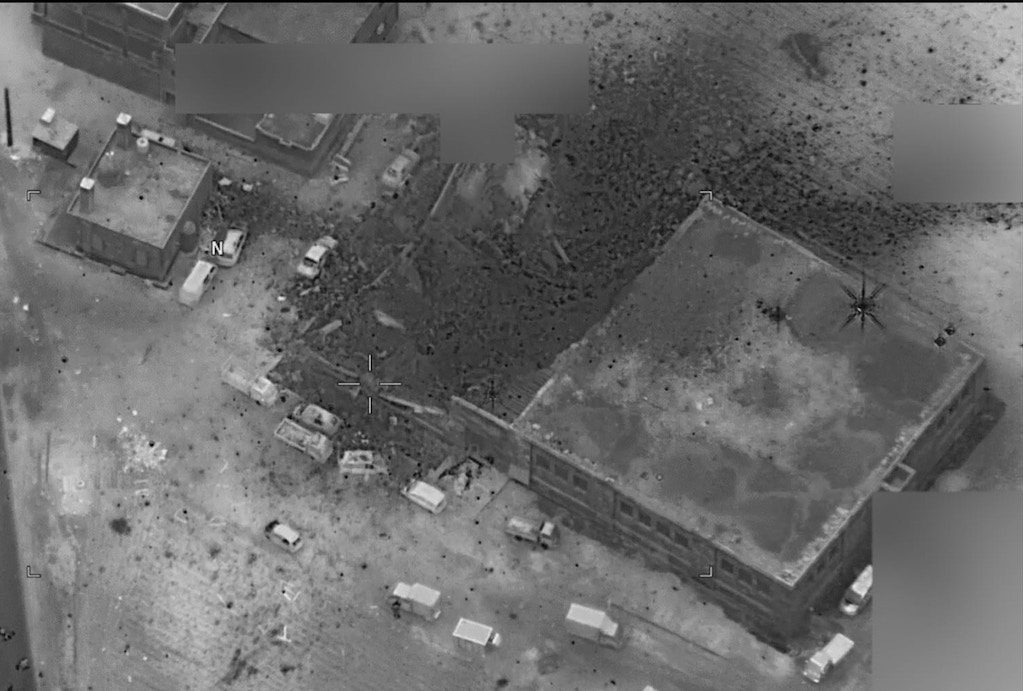 This image, provided by the Defense Department’s director of defense press operations, purports to show the post-strike view in al-Jinah, Syria, on March 16.

But to the people on the ground, the photo tells a different story.

Activists and first responders say the building that was targeted was a part of the mosque complex — and that the charred rubble shown in the photo was where 300 people were praying when the bombs began to hit.

More than 42 people were killed and dozens more injured, according to monitoring groups and local activists. First responders with the Syrian Civil Defence —  known as the “White Helmets” — rushed to treat the wounded and dig corpses out of the rubble.

An administration official told the Washington Post that two armed, Reaper drones fired “roughly [the] entirety of their Hellfire payload and followed up w/ 500 lb bomb.”

According to the monitoring group Airwars, locals say the building the drones struck is part of a mosque and religious school, which was built as an expansion several years ago. Local activist Mohamed al Shaghel told the New York Times that the people in the building had “no affiliation with any military faction or any political side.”

The Syrian Observatory for Human Rights, a U.K.-based monitoring organization, said that the strike took place between the city of Idlib and Aleppo, and called it a “massacre.”

A sign shown outside the south side of the building reads “Umar ibn Al-Khattab mosque” and indicates it is a religious school. Numerous pictures showing fragments of U.S. hellfire missiles also appeared on social media. 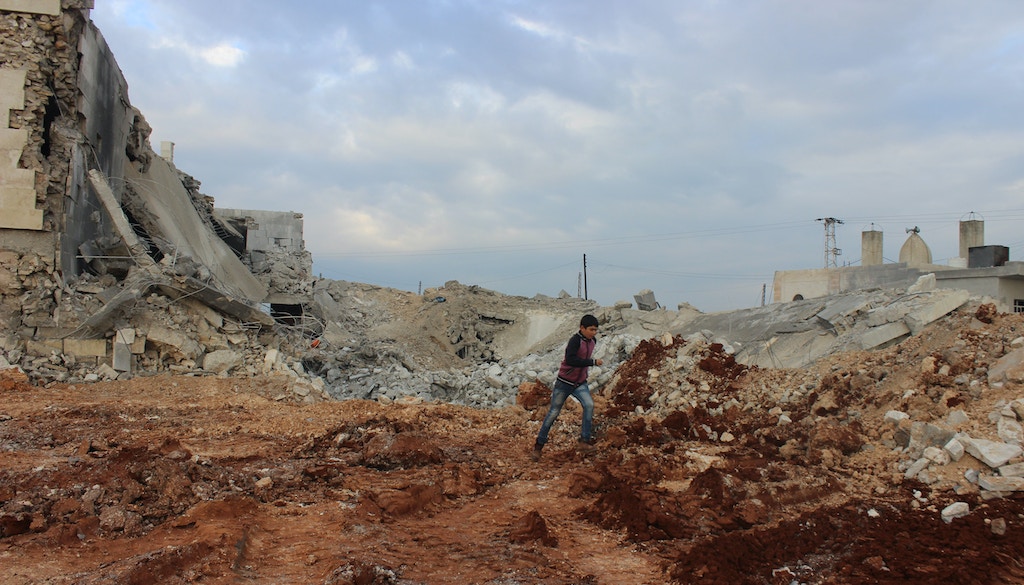 The Pentagon has a history of initially denying involvement in some of its worst atrocities. For instance, when the U.S. bombed a hospital in Kunduz, Afghanistan, in 2015, the Pentagon initially claimed it was not targeting the hospital. A Pentagon spokesman said that the destruction of the hospital, which was bombed for more than 30 minutes, killing 42 people, was “collateral damage.” The Pentagon’s story continued to change over coming days, until it eventually admitted responsibility.

Top photo: Syrian civil defense volunteers, known as the White Helmets, dig through the rubble of a mosque following a reported airstrike on a mosque in the village of Al-Jineh in Aleppo province late on March 16, 2017.