Randal Quarles worked at Carlyle Group, and is now said to be Trump’s pick to be the Federal Reserve’s vice chair for supervision. The Federal Reserve’s vice chair for supervision is arguably the most important financial regulator in the federal government. No agency has greater oversight responsibility of U.S. financial institutions than the Fed. And the vice chair influences what kinds of trades those institutions can make, how they must prepare for unexpected losses, and what punishment to mete out when banks fail to uphold the law.

Hedge funds and private equity firms are sometimes called “shadow banks” because they exist outside the regulatory perimeter, even though they engage in bank-like lending and investment activities.

They want to keep it that way. And President Trump’s expected nomination of Randal Quarles to the vice chair’s role is about as close a guarantee as the shadow banking sector can get that the feds won’t be bothering them any time soon.

Quarles served two stints in the Treasury Department, under both Bush administrations, but afterward, he moved to the Carlyle Group, the $169 billion private equity giant. Quarles was part of the financial services team, which appears to be registered in the Cayman Islands tax haven. 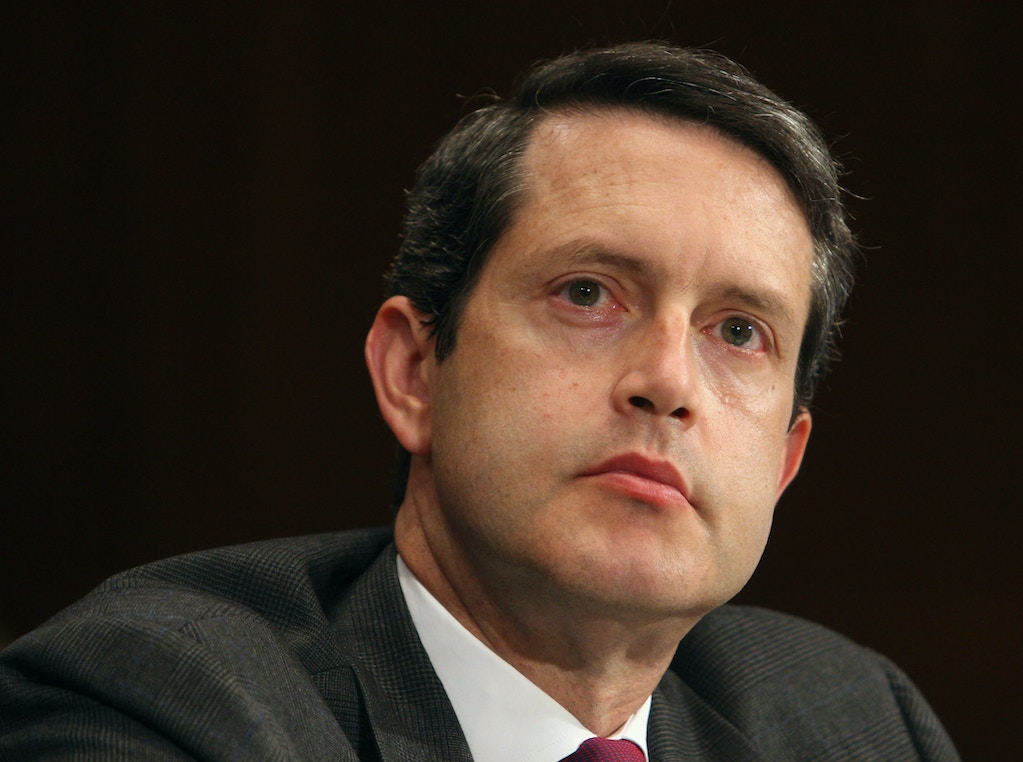 At the time, Carlyle wanted to buy up small and mid-sized banks that failed after the housing bubble collapsed. This was a familiar vulture investor tactic: scoop up a distressed asset the government wants to unload, receive federal subsidies for the privilege, and spin the company out into a major gain.

Carlyle raised $1.1 billion for this effort, and got the Federal Reserve and the Federal Deposit Insurance Corporation to loosen rules that prevented private equity firms from controlling a commercial bank outright, rather than just owning a minority stake. Quarles was at the forefront of that effort, lobbying government officials and writing op-eds touting the concept of deregulation for private equity.

In 2009, Carlyle purchased BankUnited, a Miami-based lender, with a consortium that included Wilbur Ross, the current commerce secretary. The FDIC gave the group a shared-loss agreement, reimbursing between 80-95 percent of the losses on $11.7 billion in distressed assets. So the government shouldered practically all the downside, while Carlyle and its partners enjoyed all the upside.

The BankUnited consortium took $1.6 billion in shared-loss payments from the FDIC within two years. And then it cashed out through an IPO, more than doubling the investment for the private equity partners — while the government lost $5.2 billion in the second most-costly bank failure in history. The BankUnited deal, similar to what Treasury Secretary Steve Mnuchin got when a hedge fund consortium he led bought IndyMac and renamed it OneWest, illustrated “private equity’s ability to make a fortune off a government guarantee,” wrote Bethany MacLean in 2011.

Quarles has also gone to bat for hedge funds. In 2006, while still at Treasury, he testified before Congress that hedge funds were unlikely to present a danger to financial markets, and that scrutiny from banks that invest in them was more useful than federal regulation of the industry.

But this style of industry self-regulation failed in the notorious Bernie Madoff scandal, where JPMorgan Chase eventually paid $2 billion for ignoring the Ponzi scheme that wiped out investors.

Currently, Quarles runs another private investment firm, The Cynosure Group, on behalf of a number of wealthy families.

The Dodd-Frank financial reform legislation passed during the Obama administration did add a smidgen of transparency on private equity and hedge funds. Larger entities now have to register with the Securities and Exchange Commission, and smaller firms are now subject to state regulation. This created some record-keeping and reporting requirements, though there are a number of exceptions.

The so-called “Volcker rule” also limited how much money investment banks can use to sponsor a hedge fund or private equity firm. Quarles, incidentally, opposes the Volcker rule.

The SEC has used information from private equity firms to uncover significant fraud in how they charge unnecessary and illegal fees to investors. And House Republicans have consistently tried to roll back these rules. However, most observers believe that Dodd-Frank did not do enough to bring shadow banking under regulatory oversight, and indeed, the industry has grown significantly while out of that spotlight.

“Reform needs to go further, yet we should be worried Quarles would move us backwards, given his extensive history and financial interests in the industry,” said Mike Konczal, a fellow at the Roosevelt Institute.

At the Fed, Quarles would be able to prevent the designation of shadow bank investment funds as systemically important financial institutions, which face stronger regulation and capital requirements. Quarles could also play a strong role in overhauling the Volcker rule, potentially allowing shadow banks to suck up more money from other financial players. He would almost certainly be an evangelist for the industry from inside Washington. As Quarles told the Financial Times in 2008, “Private equity has become popular to demagogue unfairly but I don’t believe that politicians are succumbing to that temptation.” If confirmed, Quarles would also sit on the Federal Reserve Board of Governors, helping guide decisions about interest-rate policy. His wife is the granddaughter of New Deal-era Fed chair Marriner Eccles, after whom the building Quarles would work in is named.