Sen. Mitch McConnell arranged a secret briefing for the administration to drum up support for its Saudi arms sale amid its brutal war in Yemen. 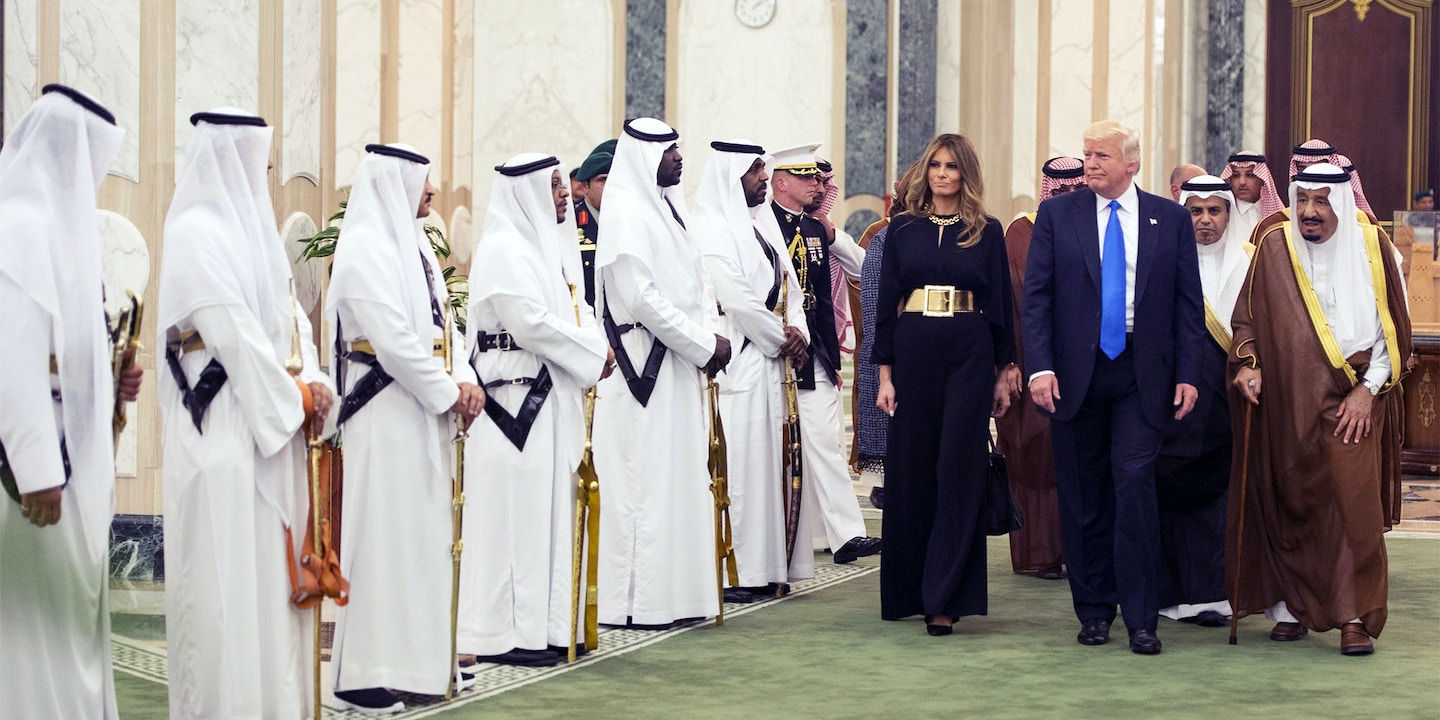 The Trump administration is engaged in a last-ditch lobbying effort to stop the Senate from condemning a $500 million weapons transfer to Saudi Arabia as the kingdom wages a brutal, U.S.-backed war in Yemen.

After President Donald Trump signed a hastily-assembled $110 billion weapons deal during his visit to Saudi Arabia last month, Sens. Chris Murphy, D-Conn., Rand Paul, R-Ky., and Al Franken, D-Minn., introduced a bipartisan resolution of disapproval for a transfer of precision-guided weapons. If passed, it would force the Senate to vote on whether to block the transfer.

Ahead of a vote scheduled for Tuesday afternoon, however, senior officials from the State Department and Pentagon are holding a top-secret briefing on the arms sale to persuade the senators and their staff to support it, according to an invitation obtained by The Intercept.

The briefing, which was organized by Senate Majority Leader Mitch McConnell, R-Ky., will be conducted by Tina Kaidanow, the State Department’s acting assistant secretary for political-military affairs, and Timothy Lenderking, deputy assistant secretary for near-eastern affairs. Both are career officials at the State Department, not political appointees. They’ll be joined by an unnamed brigadier general-level Defense Department official.

“It’s really unfortunate that Senate majority leadership decided to hold this briefing in secret,” said Kate Kizer, advocacy director at the Yemen Peace Project, which opposes the arms deal. “Americans deserve to know the conduct of our allies, especially when the U.S. is intimately involved in starving potentially millions of Yemeni civilians by continuing to provide unconditional support to the Saudi-led coalition.”

After Saudi Arabia bombed a funeral hall in October in its war against Houthi rebels in Yemen, the Obama administration put a temporary hold on a sale of precision-guided munition to the Persian Gulf dictatorship. An Obama administration official told Reuters that they halted the sale because of “systemic, endemic” problems with Saudi Arabia’s targeting decision.”They’re not picking the right targets,” the official said, citing the funeral bombing.

The Trump administration, though, wasted no time in reversing the decision and moving forward with the sale.

Amid the bi-partisan clamor against the deal, Murphy, a liberal on the Senate Foreign Relations Committee, has emerged as a leading opponent of the arms transfer.

“The Saudis will tell you they need these precision-guided missiles to more effectively target Houthi military assets inside Yemen,” Murphy said on a press call last week. “They’re not telling the truth. The fact is, they have deliberately targeted humanitarian and civilian assets within Yemen. They are purposefully trying to create a humanitarian nightmare — that they can starve the Yemenis to the negotiating table. The United States should not be a part of that strategy.”

Since March 2015, Saudi Arabia has waged a brutal war of collective punishment in Yemen. Houthi rebels had ousted the Saudi-backed leader in 2014. A U.S.-supported naval blockade has left 19 million people — more than two-thirds of the country’s population — in need of life saving aid and 7 million on the brink of starvation and famine. Meanwhile, the Saudi air force has deliberately bombed food sources — like farms and fishing villages — as well as factories, hospitals, and children’s schools.

The U.S. has been a constant partner in the war since the beginning. Under President Barack Obama, the U.S. provided Saudi Arabia with targeting intelligence, helped refuel Saudi aircraft, and resupplied the Saudi military with more than $20 billion in weapons.

Murphy and Paul tried to pass a similar resolution of disapproval during Obama’s presidency last fall, but the measure failed by a 71-27 vote.