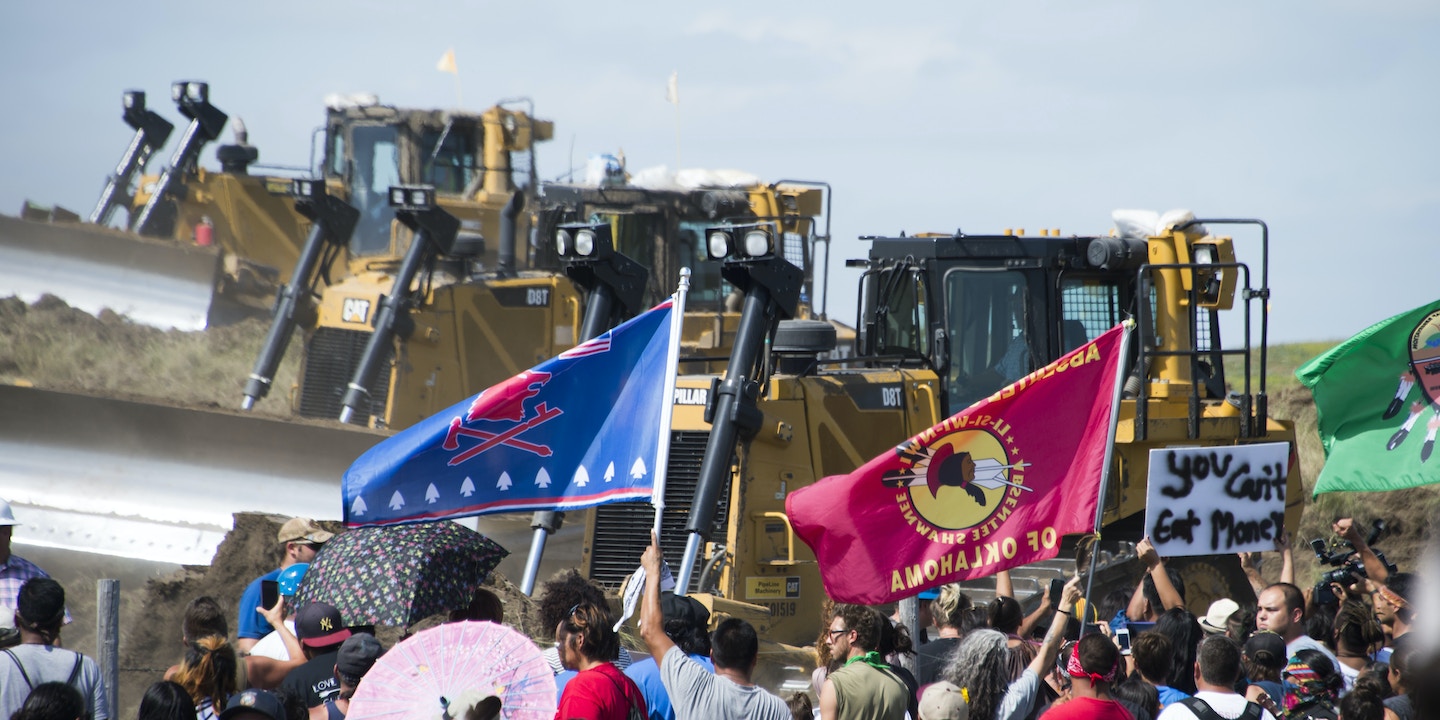 Dennis Lee Forsgren, a former lobbyist recently tapped to lead the Environmental Protection Agency office in charge of water safety, has deep ties to a fossil fuel advocacy group engaged in the promotion of the Dakota Access Pipeline as well as controversial offshore drilling efforts.

The appointment signals a victory for industrial opponents of clean water regulations. The department that Forsgren will now help oversee, the EPA’s Office of Water, is in charge of implementing the landmark Clean Water and Safe Drinking Water Acts passed in the early seventies. In that capacity it studies the toxic effects of fracking on groundwater safety, the downstream consequences of industrial pollutants, and the environmental impact of oil spills.

Before arriving at the EPA, Forsgren was an attorney for HBW Resources, a fossil fuel lobbying firm known for orchestrating campaigns on behalf of industry clients.

The public-facing side of Forsgren’s lobbying firm is the Consumer Energy Alliance, an astroturf advocacy organization managed by HBW Resources that works aggressively to build support for contentious oil and gas projects around the country.

CEA portrays itself as the “voice of the energy consumer,” providing “sound, unbiased information on U.S. and global energy issues.” However, tax filings show that the organization shares office space in Houston with HBW Resources, HBW’s staff simultaneously serve as CEA’s staff members, HBW is registered to lobby for CEA, and CEA transfers the bulk of its funding to HBW for “management” fees.

Moreover, the group relies heavily on funding from the corporate interests which benefit the most from their advocacy. The American Fuel and Petrochemical Manufacturers, the trade group for the nation’s largest oil refineries, provided significant financing to CEA. Energy Transfer Partners, the company responsible for building the Dakota Access pipeline, is listed as a corporate member of CEA.

CEA played a significant role in the energy industry’s attempt to build support for the Keystone XL, sponsoring a study on the economic benefits of the pipeline, providing draft letters used by members of Congress to endorse it, and setting up a special website to mobilize thousands of petitions to pressure the State Department to approve the project.

Similar tactics were deployed by the CEA and HBW to win support for offshore drilling efforts stalled because of public backlash. Letters filed with regulators in support of Shell Oil during its bid to drill for oil and gas in the Arctic used language provided by CEA. In another case, metadata from a letter signed by several governors in support of drilling efforts in the Atlantic Ocean off the Eastern Seaboard revealed that a staffer with HBW had authored the document.

Over the last year, CEA and HBW have worked to build approval for the Dakota Access pipeline, which would bring fracked oil from North Dakota to refineries on the Gulf Coast.

In 2016, the group launched a campaign called “Pipelines for America,” which included grassroots events and advertisements designed to push back against growing opposition to the Dakota Access. The group also appeared in the media to sharply criticize protests at Standing Rock, the encampment for activists opposed to the Dakota Access. David Holt, the president of both HBW and CEA, was quoted last fall claiming that Standing Rock protesters have no interest in “protecting the environment” and are instead motivated by an interest in “shutting down the American economy.”

In response to the decision by President Donald Trump to approve pipeline projects delayed by the previous administration, Holt issued a statement stating, “CEA has strongly supported both the Keystone XL and Dakota Access pipelines for many years and we enthusiastically applaud President Trump’s decision today to move ahead with these long-delayed projects.”

The deputy assistant administrator of the Office of Water, the position awarded to Forsgren, does not require Senate confirmation, meaning that he can start his job right away. The announcement was made through an EPA staff email obtained by The Intercept.

As we’ve reported, the EPA under Administrator Scott Pruitt has become the perhaps the greatest nexus for industry influence in the entire Trump administration.

The official tapped to lead the Office of Chemical Safety and Pollution Prevention, Nancy Beck, is a former chemical industry lobbyist. Susan Bodine, nominated to lead the EPA’s enforcement office, previously worked as a lobbyist for industrial paper and forestry clients cited for hundreds of EPA violations. Justin Schwab, appointed as a senior attorney at the EPA, previously worked for utility industry interest to oppose the EPA’s climate change regulations. Even the EPA’s new legislative outreach staff includes a former industry lobbyist who worked previously for a power plant trade group tasked with repealing the EPA’s Clean Air Act rules.

The EPA did not respond to a request for comment about whether Forsgren has signed an ethics waiver, and if he will recuse himself from any issues related to HBW or CEA advocacy.

In recent months, the EPA’s Office of Water has been busy dealing with the lead-poisoning water scandal in Flint, Michigan, as well as complying with President Trump’s executive order to help find “existing regulations that could be repealed, replaced or modified to make them less burdensome.”

Top photo: Members of the Standing Rock Sioux Tribe and their supporters opposed to the Dakota Access Pipeline (DAPL) confront bulldozers working on the new oil pipeline in an effort to make them stop near Cannon Ball, North Dakota on September 3, 2016.