J Street opposes BDS. It also opposes the new effort by Congress to make supporting it a felony. 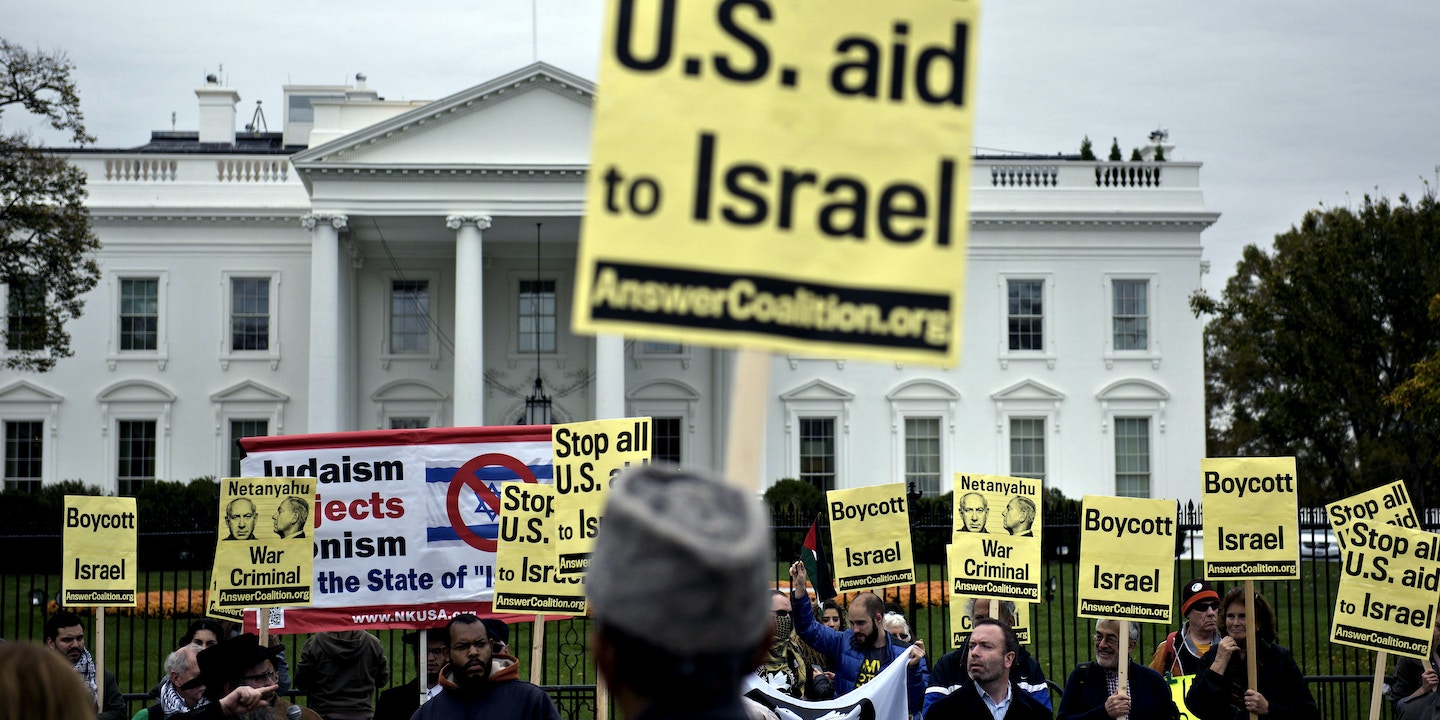 A bill backed by 43 senators and 247 House members seeks to effectively criminalize support for the Boycott, Divestment, and Sanctions (BDS) movement, which calls for economic pressure to force Israel to ends its human rights abuses against the Palestinians.

The Israel Anti-Boycott Act, according to the American Civil Liberties Union, would levy penalties of up to 20 years in prison and a $1 million fine — leading many to claim, such as the ACLU did, that it is a serious threat to free speech.

But the bill has an unlikely opponent.

J Street, founded in late 2007 to promote a two-state solution, opposes the Israeli occupation and general treatment of the Palestinians, but also has refused to endorse the Palestinian-led nonviolent boycott movement. Its activists regularly find themselves at odds with left-wing groups such as Jewish Voices for Peace and Students for Justice in Palestine who view BDS as the best way to end the occupation of the Palestinians. Thus J Street often lobbies in favor of anti-BDS legislation.

However, the Israel Anti-Boycott Act is a step too far for even these reliable opponents of BDS.

On Tuesday, J Street Vice President of Government Affairs Dylan J. Williams sent an email to foreign policy staffers on Capitol Hill urging them to oppose the legislation as it is currently written primarily because of its impact on free speech:

As you know, J Street has serious concerns with the “Israel Anti-Boycott Act” (S.720/H.R.1697) as written, which would undermine decades of US policy toward the Israeli-Palestinian conflict, bolster the settlement enterprise and harm the prospects for a two-state solution. I’ve included our full analysis of the bill below.

In that analysis, we recommended that Members consult with free speech experts on possible Constitutional concerns with the bill. Accordingly, I want to make sure that you saw the letters issued by the ACLU yesterday opposing both the Senate and House versions of the bill on the grounds that they would impose penalties in “direct violation of the First Amendment.”

With all these serious concerns about the bill, we wanted to again urge your boss not to cosponsor or otherwise support this legislation unless and until these issues are resolved.

In the full analysis, J Street also warned that in addition to threatening free speech, the legislation blurs the line between Israel and the settlements enterprise. They note that the legislation makes no real distinction between boycotting the entire state of Israel, and boycotting the settlements, which are considered illegal under international law. “This bill could give Attorney General Jeff Sessions the power to prosecute any American who chooses not to buy settlement products for a felony offense,” Williams warned. “That kind of authority should not be given to any administration, let alone one that has engaged in extreme rhetoric against political opponents, including threats to ‘lock [them] up.'”

Top photo: Demonstrators march to protest the visit of Israeli Prime Minister Benjamin Netanyahu in front of the White House in Washington on Nov. 9, 2015.