Sen. Claire McCaskill demands answers from the Defense Department about its very expensive and dumb mistake. 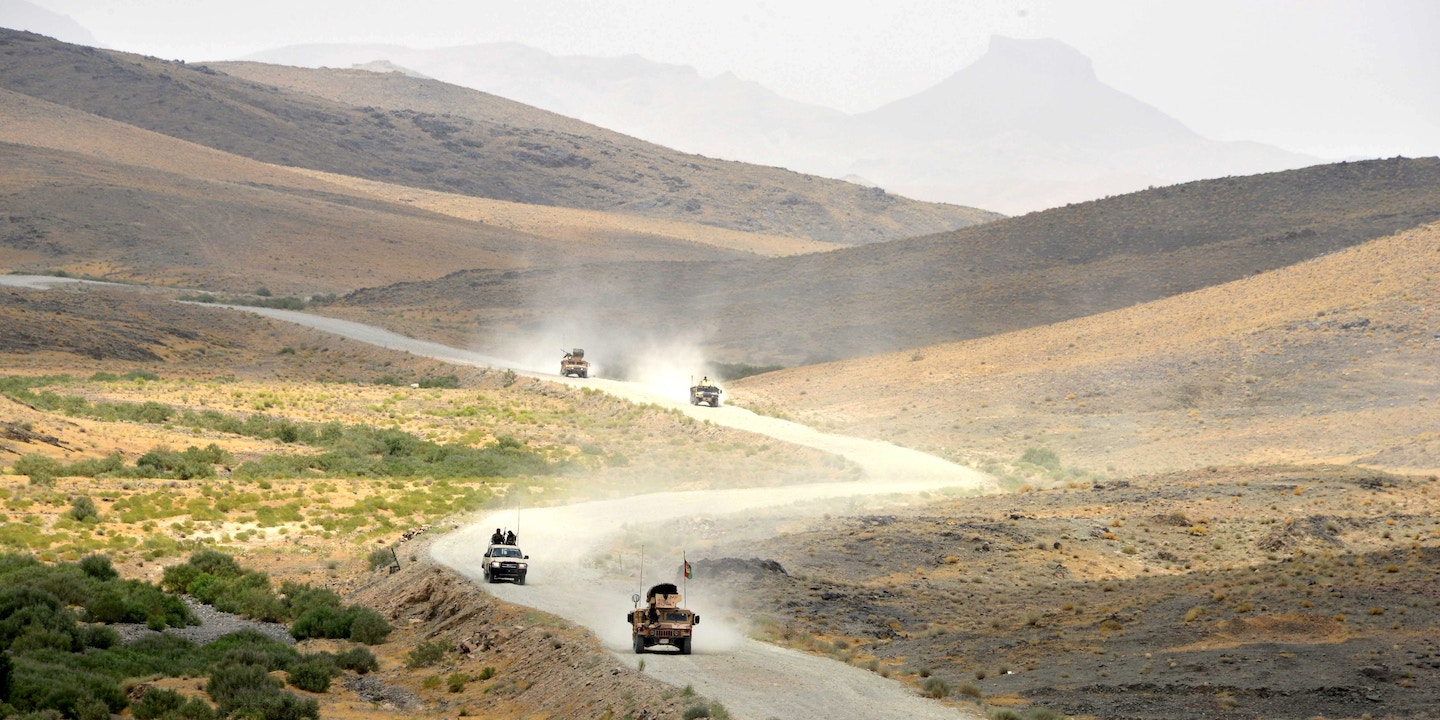 The top Democrat on the Senate’s Homeland Security Committee is demanding answers about a report that the Pentagon wasted $28 million buying uniforms with a forest camouflage pattern for the Afghan army — even though forests only cover 2 percent of the country.

Sen. Claire McCaskill, D-Mo., sent a letter to the Department of Defense asking for information about how it is investigating the waste internally and how the Pentagon plans to ensure its uniform choices are cost-effective in the future. What’s more, McCaskill questioned whether the process by which the uniforms were procured followed the laws governing the procedure.

“These failures raise the question of whether or not DOD properly abided by federal procurement law,” McCaskill wrote in her letter, referring to the Pentagon’s inability to justify the wasted expenditure to a congressionally mandated oversight body.

Last month, John Sopko, the special inspector general for Afghanistan reconstruction, issued a scathing report saying the Pentagon spent $93 million to purchase 1.3 million uniforms and 88,000 extra pairs of pants with a forest pattern, “without conducting any formal testing to determine the pattern’s effectiveness for use in Afghanistan.”

The report concluded that, in addition to providing a “more clearly visible target to the enemy,” the uniforms were unnecessarily expensive because they were chosen from a design owned by a private company instead of one of the dozens of designs the Pentagon owns and keeps on file.

“We had camouflage patterns. Dozens of them. For free,” Sopko said last month.

This image from a report by the special inspector general for Afghanistan reconstruction shows Spec4ce camouflage pattern options.

In response to the report, Jedidiah Royal, the acting deputy assistant secretary of defense for Central Asia, wrote a letter to Sopko announcing multiple internal reviews of the uniform procurement process.

The report came at a time when the Trump administration was looking to ramp up the U.S. military effort in the 16-year-long war. President Donald Trump has given the Pentagon the authority to set troop levels in the country, and it is expected to announce an increase of 3,000 to 4,000 American troops this summer.

As special inspector, Sopko has ruffled feathers in Washington by pursuing waste far more aggressively than many other inspectors general, uncovering hundreds of millions of dollars of waste over his five-year tenure.

In 2014, he found that the U.S. had spent $486 million on a fleet of barely used cargo planes, which were eventually sold for scrap metal. The following year, he found that the Pentagon spent $43 million on a single gas station, $36 million on a command-and-control facility that had never been used, and $150 million on private villas and luxury meals for “five to 10 employees” of a development task force. But aid money continues to flow — and the U.S. spends billions per year on aid to the Afghan government, which critics say is deeply corrupt. Some of the aid even ends up in Taliban hands.

On the uniforms issue, McCaskill demanded that the Pentagon respond to her inquiries by August 4.