The bank has been billing unsuspecting customers for “optional” products. Jerry Lundegaard would be proud. 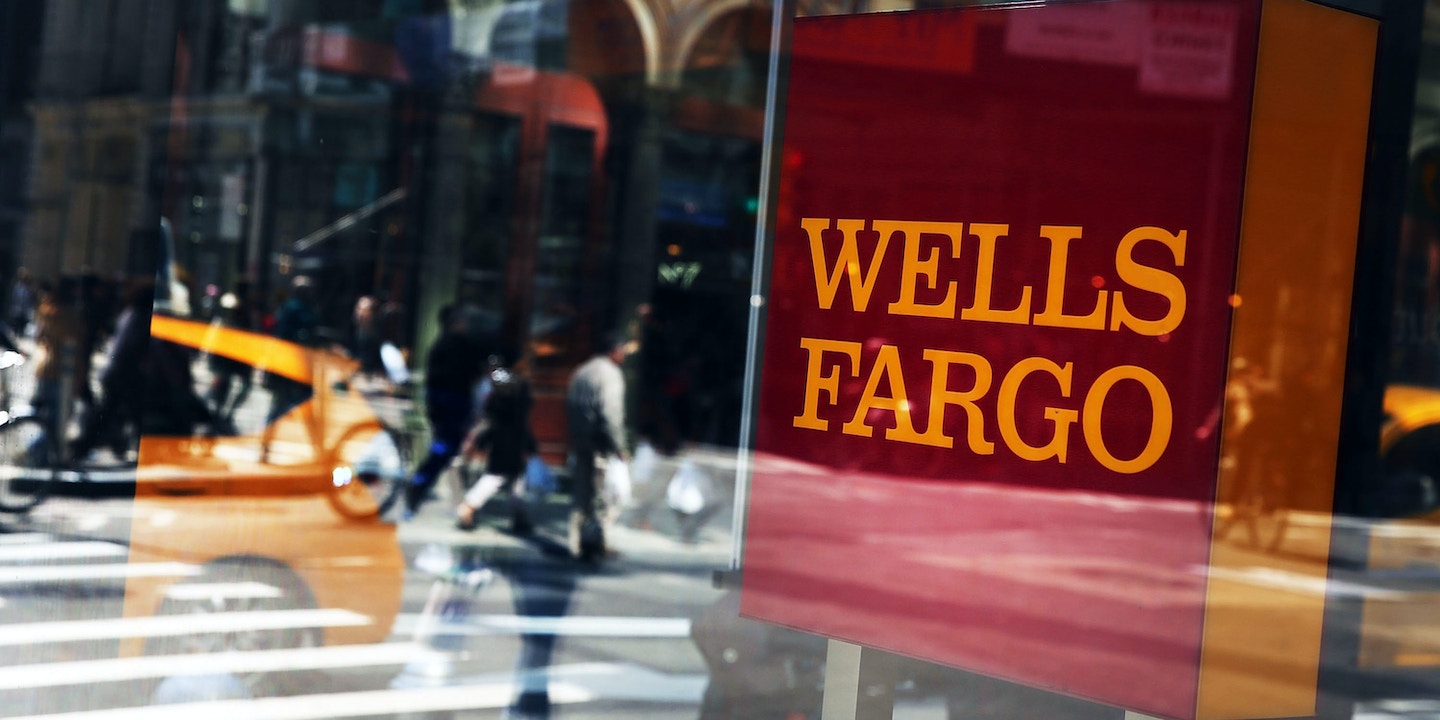 Beginning in at least in 2009, Wells Fargo teamed up with a home warranty firm to foist a product on unsuspecting mortgage customers, according to a new investigation bubbling up in the Wall Street trade press.

The story was first reported by The Capitol Forum, a paywalled investigative site catering to policymakers and investors, and based on several dozen consumer complaints filed online and with the Federal Trade Commission. Complainants allege that they discovered surprise charges on their mortgage bills for the service, labeled an “optional product,” and found it difficult to get Wells Fargo to remove them.

“I was never contacted … with any offer, they never sent any receipt or contract; but I was billed $43 extra on my mortgage bill by Wells Fargo,” claims one borrower from Herndon, Virginia, who didn’t leave a name. After appearing to rectify the matter, a similar charge appeared again the next month.

An FTC spokesman would neither confirm nor deny whether the commission had looked into the complaints, citing government policy regarding public comments. Such complaints, when they become public, tend to attract class-action attorneys, who suspect the complaints might just be the tip of the iceberg.

Wells Fargo claims they ended the marketing arrangement with the third-party company pushing the warranty service in 2012. But it’s unclear how many borrowers were affected by this charge in the past without knowing; we only have the complaints of those who caught it and were bothered enough to report it.

“It’s hard to put your finger on what’s going on,” said bankruptcy attorney O. Max Gardner, a legendary consumer advocate. “When you think you’ve seen it all, you see this stuff.”

In a statement to The Intercept, a Wells spokesperson hinted that there may be an iceberg there. “Wells Fargo stopped marketing home warranties from American Home Shield, along with other optional products, to our mortgage customers in 2012 and has been discontinuing arrangements through which these products had been billed to customers through their monthly mortgage statements,” the statement reads.

That raises a question attorneys are likely to ask: what “other optional products” were sold? And what does “has been discontinuing” mean? Has it been fully discontinued, or are some customers still getting smacked with bills every month? (If you have a third-party charge on your mortgage statement you didn’t sign up for, email us at [email protected])

Wells said that customers knew what they were buying. “Wells Fargo’s processes for customers who purchased home warranty coverage through American Home Shield included a written or recorded verbal authorization at the time of enrollment,” according to the statement, which added that it would look into any specific complaints.

Meanwhile, we uncovered a cinematic representation of what that “written or recorded verbal authorization” may have looked like:

The exposure could prove another damaging blow to Wells Fargo’s reputation, which has suffered from numerous disclosures in the past couple months — including force-placing collision and guaranteed asset protection insurance on unsuspecting auto loan borrowers, secretly changing mortgage terms for homeowners in bankruptcy, falsifying records to charge mortgage applicants for its own delays in application processing, and stealing from mortgage bond investors to pay legal fees in lawsuits filed by those very same investors.

That, of course, comes on top of the high-profile scandal in which Wells was caught opening accounts for customers — perhaps as many as 3.5 million of them — that they didn’t request in order to hit them for fees.

In this case, Wells worked with the nation’s dominant home warranty company, American Home Shield. Home warranty protection service covers the repair or replacement of major appliances, air conditioning, electrical systems, or other big-ticket items. For a fixed monthly payment ranging from $33 to $69 a month, consumers get access to free service from AHS-preferred contractors. The company sells roughly half of all home warranty plans, according to its parent company’s most recent regulatory filing. It claimed more than $1 billion in revenue last year.

Efforts to get in touch with a representative from AHS ran into a wall of recorded voices. “We are currently experiencing unusually long hold times,” said one recording, though whether the hold time was unusually long is questionable, as Twitter is littered with complaints of wildly long hold times with AHS, or rinky-dink excuses for not covering a service.

Starting at least in 2009, Wells Fargo and AHS entered into a marketing and payment processing agreement. Wells allowed AHS to solicit their mortgage customers to buy home warranty service, through phone calls, junk mail, and inserts in monthly mortgage statements. Wells would then collect the monthly payments for AHS as an additional charge to the mortgage.

According to one borrower from Newark, New Jersey, AHS claimed its junk mail constituted a “binding contract” that automatically finalized if borrowers didn’t reply to turn it down. “No signature, no affirmation and YET it is considered a BINDING CONTRACT??” the borrower wrote.

A homeowner from Eden Prairie, Minnesota, told the FTC in 2011, “I did not reply to this piece of junk mail nor does this company [AHS] have my signature anywhere authorizing these charges to my mortgage account,” the homeowner writes. Though the homeowner canceled the service, more charges continued to show up on monthly statements.

“$49.50 has been taken out of my Wells Fargo mortgage account since Nov 2012,” reads another complaint on the website, Complaint Wire. “I didn’t realize it until I got a ‘thank you for renewing your protection plan’ letter in August 2013.”

A homeowner from Memphis, Tennessee wrote: “Wells Fargo also added $42 for an American Home Shield Warranty… We NEVER asked for or consented to this optional product! We never signed or recieved a contract. Wells Fargo just added it to our automatic draft, de facto.” The homeowner added that AHS and Wells Fargo engaged in finger-pointing when he tried to contest the charges. “Each company blames the other, passing the buck and offering conflicting information.”

On top of this frustration is the fact that AHS has a notorious reputation for not delivering on its promises to fix or replace home items in a timely manner. Customers allege that AHS routinely delays service, denies claims, charges for “uncovered” expenses, and forces customers to spend hours on customer service calls.

Hold times for American Home Shield @AHS_Warranty average about 1 hour. I have the receipts! #BuyersRemorse pic.twitter.com/UO109X5uJJ

It could be bad for business long term. “The Company is involved in a number of judicial, regulatory, arbitration and other proceedings concerning matters arising from the conduct of its business activities, and many of those proceedings expose the Company to potential financial loss,” warns its latest filing with investors.

The filing lists a dozen separate legal actions, but the warranty scandal is not among them. Legal costs could surpass $3.3 billion.

While we were unable to get through to AHS, a spokesman there told Capitol Forum they are looking into the situation:

American Home Shield is committed to providing excellent service and value to our customers. Over the past five years, we have responded to more than 16 million service requests and have paid more than $1.8 billion in repairs and replacements on behalf of our customers. As the largest home warranty company in the nation, we receive and pay more in claims than any other provider in the country.

There are almost always opportunities for improvement in any service business. We actively work to address customer concerns and to understand why and where breakdowns may occur in the service journey, so that we can continue to improve the services we provide to our customers.

With regard to possible FTC complaints involving Wells Fargo customers from 2009 to 2013, we have had insufficient time to research the validity and/or resolution of those complaints, but our practice has always been to work with customers to address complaints as they are raised and to make every effort to resolve those complaints. We are unaware of any unresolved issues along these lines.