The critical fact about the current nuclear standoff that keeps getting left out. 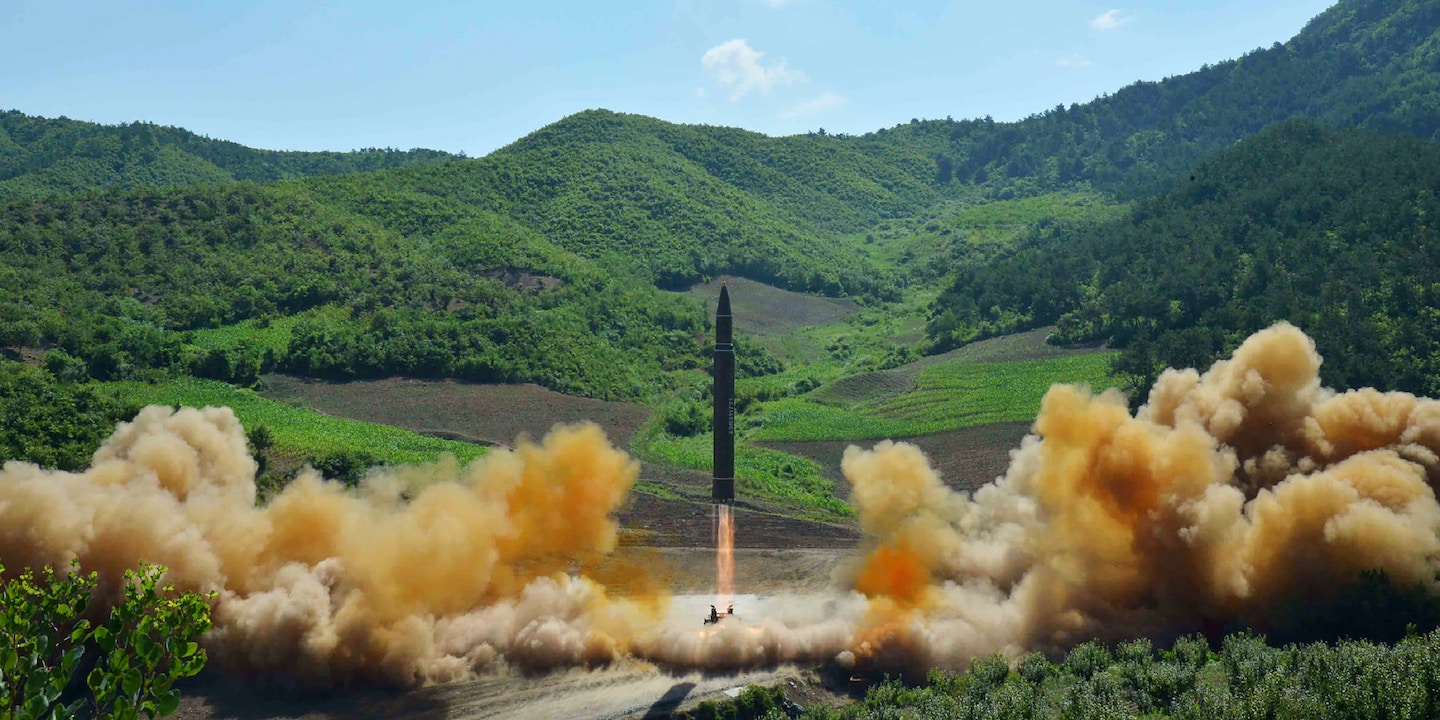 The current phase of the decades-long U.S.-North Korea standoff began this past July 4, when North Korea launched its first genuine intercontinental ballistic missile. In a statement, North Korea’s dictator Kim Jong-un called it “a gift for the American bastards.”

Then, on August 8, President Donald Trump terrifyingly declared that “North Korea best not make any more threats to the United States. They will be met with fire and fury like the world has never seen.” Two days later, he said, “Maybe that statement wasn’t tough enough” and tweeted that “military solutions are now fully in place, locked and loaded.”

Meanwhile, North Korea explained that it was examining its options “for making an enveloping fire at the areas around Guam,” a U.S. territory. Kim later walked this peculiar provocation back, at least for the moment.

But here’s what you don’t know, unless you’re an obsessive North Korea-watcher:

Also starting on July 4, North Korea has been saying over and over again that it might put its nuclear weapons and missiles on the negotiating table if the United States would end its own threatening posture.

This fact has been completely obscured by U.S. and other western media. For the most part, newspapers and television have simply ignored North Korea’s position. When they haven’t ignored it, they’ve usually mispresented it as its opposite – i.e., claiming that North Korea is saying that it will never surrender its nuclear weapons under any circumstances. And on the rare occasions when North Korea’s statements are mentioned accurately, they’re never given the prominence they deserve.

North Korea’s proclamations have been closely tracked by Robert Carlin, currently a visiting scholar at Stanford University’s Center for International Security and Cooperation and formerly head of the Northeast Asia Division in the State Department’s intelligence arm. Carlin has visited North Korea over 30 times.

Via email, Carlin described how it is difficult but critical to accurately decode North Korean communications. “Observers dismiss as unimportant what the North Koreans say,” Carlin writes, and “therefore don’t read it carefully, except of course if it is colorful, fiery language that makes for lovely headlines. Some of what the North says is simply propaganda and can be read with one eye closed. Other things are written and edited very carefully, and need to be read very carefully. And then, having been read, they need to be compared with past statements, and put in context.”

With that in mind, here’s Kim’s statement on July 4:

[T]he DPRK would neither put its nukes and ballistic rockets on the table of negotiations in any case nor flinch even an inch from the road of bolstering the nuclear force chosen by itself unless the U.S. hostile policy and nuclear threat to the DPRK are definitely terminated. [emphasis added]

That formulation again appeared in an August 7 government statement after the United Nations Security Council passed new sanctions on North Korea. The same day, North Korean Foreign Minister Ri Yong-ho also said it during a speech at the Association of Southeast Asian Nations regional forum in the Philippines.

And on August 22 at the UN Conference on Disarmament in Switzerland, North Korean diplomat Ju Yong-chol made exactly the same point, stating, “As long as the U.S. hostile policy and nuclear threat remains unchallenged, the DPRK will never place its self-defensive nuclear deterrence on the negotiating table.”

In the past, North Korea has pledged to renounce its nuclear weapons program. During the so-called six-party talks in 2005, all the nations involved, including North Korea, affirmed that North Korea was “committed to abandoning all nuclear weapons and existing nuclear programs.” Meanwhile, the United States and North Korea agreed to “respect each other’s sovereignty, exist peacefully together, and take steps to normalize their relations.”

Then the situation soured. Carlin writes that more recently “the routine formula in lower level media commentaries was that the nuclear deterrent was ‘not a mere bargaining chip to put on the table for negotiations with the United States.’”

So all of this seems quite clear and straightforward. North Korea is again telling the world that it is willing to consider renouncing its nuclear weapons program. Obviously Kim’s regime may not be telling the truth, especially given the fact that it has violated prior agreements. But the U.S. has flagrantly violated those agreements as well. The only way to find out whether there’s a path to North Korean disarmament is to honestly engage with them about it.

There are huge roadblocks to that happening, and one of the biggest is the western media’s failure simply to inform their audience of the basics of what’s happening.

Since July 4, the New York Times and Washington Post have published hundreds of articles about North Korea. Both papers have informed their readers that Kim has called Americans “bastards.” But they’ve each only published one story quoting Kim’s key caveat, that North Korea will consider giving up its nukes if “the U.S. hostile policy and nuclear threat to the DPRK are definitely terminated.” And in both cases, the Post and Times simply reprinted an AP story — in which Kim’s words appear in the 23rd paragraph – rather than running pieces of their own.

Much the same is true for Ri Yong-ho’s Manila speech. The main Post story is headlined, “North Korea says it won’t give up nuclear weapons and that entire U.S. mainland is within firing range.” The text tells readers the same thing:

North Korean Foreign Minister Ri Yong Ho told diplomats that his country will never negotiate away what he called a rational “strategic option” against the threat of attack from the United States.

“We will, under no circumstances, put the nukes and ballistic rockets” up for negotiation, Ri said in prepared remarks, adding that the entire United States is within range of its missiles.

The Times quoted Ri more fully, but according to Carlin, relied on an incorrect North Korean government translation of Ri’s words into English. That translation made it appear that Ri was saying that North Korea was only willing to consider halting further development of its nuclear program, not giving it up entirely.

The Post barely mentioned Ju Yong-chol’s remarks in Switzerland, simply running an AP article quoting him as saying that the U.S. is trying to “shift the blame for the tense situation on the Korean Peninsula to DPRK.”

For its part, the Times did run a brief Reuters article citing the most significant part of Ju’s statement. However, its impact was likely lessened by its false headline: “North Korea Will Never Surrender Nuclear Arms, Says Envoy.”

Coverage in other publications has tended to be, if anything, shoddier, with television coverage worst of all. The BBC World Service soberly explained on August 15 that “North Korea says its nuclear program can never be on the negotiating table and that’s where the standoff is.” Other outlets have generally maintained a discreet silence about North Korea’s position.

Taken in total, the media’s performance on North Korea so far is an extremely ominous development. We know because of the Iraq War that newspapers and TV can provide a key assist in launching catastrophic U.S. wars. As things stand now, it’s by no means impossible that they will do it again.