In the wake of Hurricane Harvey, the best news for undocumented immigrants in need of shelter may be that most shelters are not run by the government. 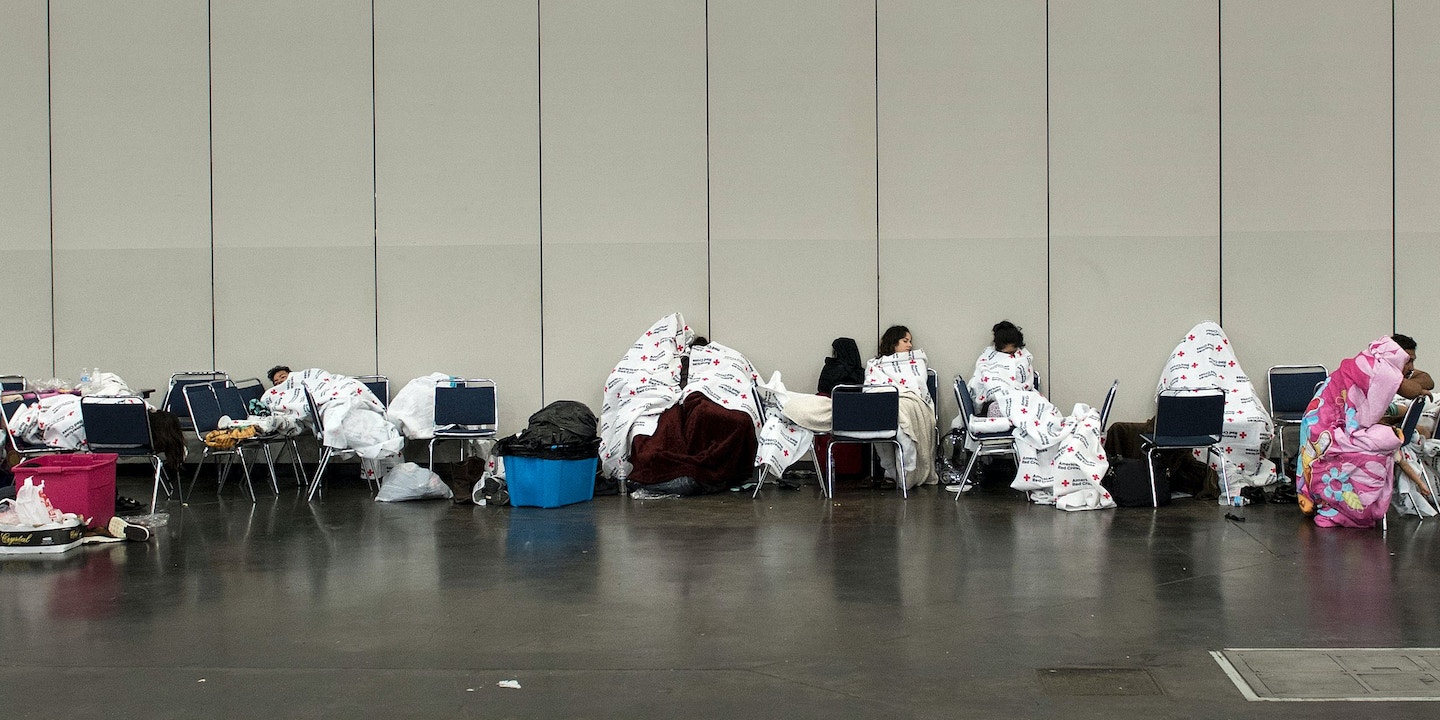 Houston is reeling from Hurricane Harvey. Houses on the Texas Gulf Coast were devastated over the weekend, and tens of thousands of people fled their homes. The National Weather Service expects the rain to continue through Thursday. And the Federal Emergency Management Agency estimates more than 30,000 people will be housed in temporary shelters, calling for all hands on deck in helping Texas recover from the disaster.

But for unauthorized immigrants, dealing with the aftermath of a natural disaster has an extra layer of complexity and risk.

There are more than 400,000 immigrants without proper documents in Houston, according to the Houston Immigration Legal Services Collaborative. To put them at ease, FEMA put out the following statement on its website, under a portion titled “Rumor Control”:

U.S. Immigration and Customs Enforcement (ICE) and U.S. Customs and Border Protection (CBP) has stated that it is not conducting immigration enforcement at relief sites such as shelters or food banks. In the rare instance where local law enforcement informs ICE of a serious criminal alien at a relief site that presents a public safety threat, ICE will make a determination on a case-by-case basis about the appropriate enforcement actions.

The disaster relief agency pointed to an ICE-CBP statement issued Friday that said, “Routine non-criminal immigration enforcement operations will not be conducted at evacuation sites, or assistance centers such as shelters or food banks.”

However, as The Intercept reported the same day, the ICE-CBP statement is not entirely forthcoming. While the agencies committed to prioritizing “life-saving and life-sustaining activities,” a CBP spokesperson confirmed to The Intercept that border patrol would continue to operate checkpoints so long as state highways remained open.

The best news for undocumented immigrants in need of shelter, meanwhile, may be that shelters tend not to be run by the government. “Most shelters are managed by local communities, the Red Cross, and other voluntary agencies,” FEMA noted in its statement, and the Red Cross will not request identification from people seeking to stay at its shelters.

Texas Gov. Greg Abbott also said on Friday that people seeking shelter would not be asked to present identification. “It’s my understanding, from what I saw from the border patrol instructions yesterday, that it will not be an issue,” Abbott said to MSNBC’s Stephanie Ruhle.

So far, there have been no reports of immigration authorities using the disaster as a way of rounding up and deporting people. Astrid Dominguez, an immigrants’ rights activist for the American Civil Liberties Union of Texas, said she had not heard about any enforcement action so far. “That’s been one of the main concerns from the community,” Dominguez said. “I think the community is coming out because we understand how dangerous the situation is, and want people to call the police, and don’t be afraid of doing so. So far we have not heard of any actions on [immigration] enforcement.”

But over the last eight months, ICE has carried out President Donald Trump’s agenda to ramp up immigration enforcement by carrying out operations in traditionally safe spaces — including a church homeless shelter and courthouses — in the name of public safety. Given what we know about ICE’s ongoing enforcement practices, FEMA’s statement leaves open the question of whether the agency will cooperate with aggressive immigration enforcement agents if they do show up.

And some changes between the public statements put out by immigration authorities before and after Trump send a signal that anything is possible. In 2012 and again in 2016, for hurricanes Matthew and Isaac, ICE and CBP used the same language in both their statements (emphasis added):

In light of Hurricane Matthew, U.S. Immigration and Customs Enforcement’s (ICE) and U.S. Customs and Border Protection’s (CBP) highest priorities are to promote life-saving and life-sustaining activities, the safe evacuation of people who are leaving the impacted area, the maintenance of public order, the prevention of the loss of property to the extent possible, and the speedy recovery of the region.

That assurance, in this year’s statement, was replaced with the vague wording about “routine non-criminal immigration enforcement.” Highlighting how fraught the issue has become for federal agencies, a spokesperson for FEMA would only speak on background in order to say the agency is heavily engaged in ongoing, lifesaving efforts in response to the hurricane — referring additional questions to ICE.

If ICE does try to step in, Houston Mayor Sylvester Turner said he’d represent those swept up himself.

“There is absolutely no reason why anyone should not call [for help]. And I and others will be the first ones to stand up with you,” Turner, who is an attorney, told reporters on Monday. “If someone comes and they require help and then for some reason tries to deport them, I will represent them myself.”

Top photo: Flood victims are seen at a shelter in the George R. Brown Convention Center during the aftermath of Hurricane Harvey in Houston, Texas, on Aug. 28, 2017.