The lobbyists, politicians, and gun manufacturers who promote the idea that guns keep us safe make a serious profit off of all this death and misery. 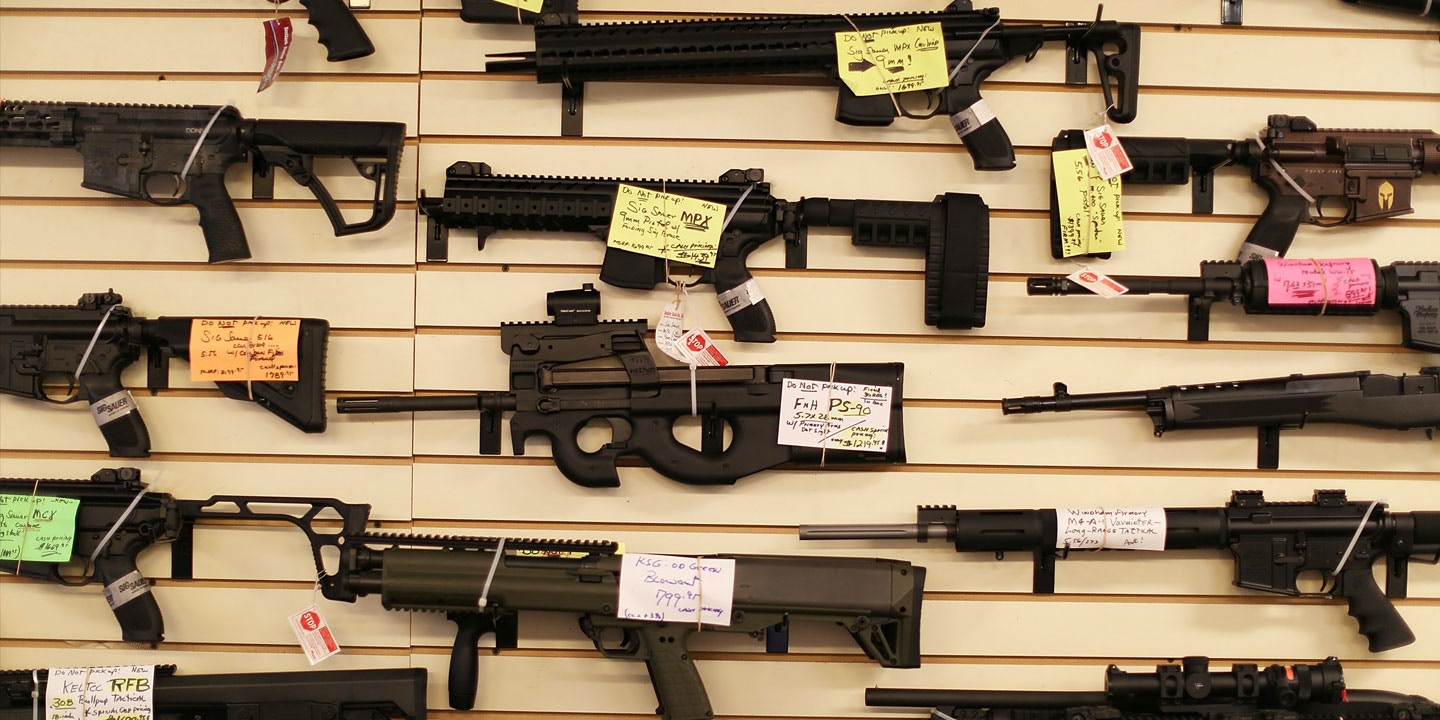 We live in a sick country. A country where it’s legal for someone to purchase 30 assault weapons and unlimited ammunition, weapons that really only have one purpose: to hunt and kill other human beings. A country where a cabal of high-powered lobbyists, bought-off politicians, and gun manufacturers profits off of massacres, where the meaning of the Second Amendment has been twisted so intensely that it no longer matters why it was written or what it was actually intended for.

The leaders of the National Rifle Association, who would be viewed as terrorist enablers and promoters in a sane society, they don’t like the first part of the Second Amendment — so much so that they don’t include it in their very public memorializing of their Holy Bible of gun addition.

Was the Las Vegas shooter a member of a well-regulated militia? No. Were any of the murderers who shot up schools or religious assemblies or workplaces members of a well-regulated militia? No. And regulated — that’s an interesting word, because no thoughtful person can really argue that guns in the United States are actually regulated in any meaningful way. In this country, you can buy dozens of assault weapons. You can store enough guns and ammunition in your garage to wage a small war. Why? Because the Second Amendment has been laundered through lobbyists, and some Supreme Court justices, to mean something it does not mean.

The coalition that fans the flames of fear and promotes the idea that guns keep us safe — that the solution to gun violence is more guns — makes a shitload of money off of all this death and misery. And they will make more money off of the Las Vegas massacre.

You can murder 20 innocent children between the ages of 6 and 7 at Sandy Hook Elementary School and these villains are unmoved in their belief in the golden calf of assault rifles. “If only the teachers had been armed, those kids might be alive today. Now let’s check out our stock prices.”

Each time we’re faced with a new mass murder with guns, in this case 58 killed and more than 500 wounded, we end up in the same place: “Let’s pray. Let’s tweak this or that law. Let’s talk about using acoustic sensors to detect gunshots. Let’s put armed private security in schools. Let’s use the terrorist watchlist to deny gun purchases. Let’s have more surveillance, more religious and racial profiling.” Which is absurd, given that most mass shooters are white.

None of what most politicians and TV pundits offer up in the aftermath of these killings is going to do anything to solve the real issue: We are a nation filled to the brim with guns, including assault weapons that are actually meant for assaulting people. Not for hunting. Not for sport, unless your sport is murder.

Watch what happens in Congress in the coming days. Empty platitudes. Bullshit proposals: “We must do something about this.” And, of course, a lot of prayer. But none of that is going to change to the fact that we live in a sick society that believes guns bring us security. A nation that has been taught by powerful, twisted people that guns aren’t part of the problem. That everything except guns — and how easy they are to get — is the problem. Mental illness is the problem. Muslims are the problem. Gangbangers in Chicago are the problem. Not having a gun is the problem. And when these mass shootings happen, most of the time, the shooter is a white man. We want to know who he was, why did it, what his motive was, as we should. But compare that to how black victims of police killings are treated in the media: “Well, did they do drugs? What were they wearing? Did they have a criminal record? Did they listen to hip hop? Where are the fathers?”

After he was killed by George Zimmerman, Trayvon Martin was characterized as a thug, his hooded sweatshirt somehow evidence that he was scary or menacing. That’s how black victims are portrayed. After police shot Tamir Rice, the head of Miami’s police union called the 12-year-old a thug, saying that if you act like a thug, you’ll get treated like one.

Contrast that with some of the stories we’ve seen about the Las Vegas shooter — not victim — shooter! One headline (since changed) in the Washington Post said he “enjoyed gambling, country music, lived quiet life before massacre.” Black victim is a thug; white shooter is a character from a country western song who just happens to murder 58 people. It’s sick. And this is a pattern.

What if mass shootings carried out by white men were covered the same way that stories involving shooters of other races are covered on a daily basis in this country? White-on-white crime. Let’s investigate country music and its violent lyrics. Let’s find some white people brave enough to speak out on this pandemic of white men carrying out mass shootings at an alarming rate. And let’s make them speak for their entire race.

We all know why the narratives are different. And another thing: We’re hearing once again that this is the most deadly mass shooting in U.S. history. It’s just not true. There are several examples of white gunmen killing huge numbers of black people. The 1917 East St. Louis massacre resulted in an estimated 100 black people being shot and lynched; in 1873, between 60 and 150 black people were massacred in Colfax, Louisiana. We don’t even know the exact numbers of Native Americans killed in mass shootings since the founding of the United States: Hundreds were killed in places like Sand Creek, Clear Lake, and Wounded Knee.

Donald Trump, who boasts that he’ll be the best friend the NRA could possibly have in the White House, suddenly found God when he first addressed the Las Vegas shooting. Let’s be real: Trump’s deepest connection to the Bible is watching Charlton Heston as Moses. But religious Trump, who speaks from the Scriptures, was praised for his perfect tone across the media. Specifically, on CNN: “Just what we needed to hear.”

A big part of our problem on guns is how it’s discussed in the media. Presidents who get prayerful are praised instead of held accountable for the role they play in sustaining this nation’s gun addiction, in promoting the gun industry that profits off of murder. When the shooter is an Arab or a Muslim, they are often immediately branded as a suspected terrorist. After Las Vegas, the president and other politicians called this shooter “deranged” or “insane” or another word that’s lost all meaning — “evil.”

When it’s a Muslim shooter, it’s perfectly acceptable to talk about what the U.S. response should be: watchlisting, banning people from entering the country, surveillance of mosques. But when white people do the killing, don’t talk about guns. That’s politicizing the tragedy, disrespecting the victims. Whether it’s someone inspired by ISIS murdering his coworkers or a white man shooting up a school or a white man gunning down Sikhs because he thought they were Muslims, they all do it with guns.

We don’t need prayers. We don’t need fake unity over the tragedy. We need to look at the common factor in all of these heinous acts of mass murder: guns. Anything else is just putting a Band-Aid on a gaping, infected, and lethal wound on our society.

Top photo: Weapons on display at the K&W Gunworks store on Jan. 5, 2016, in Delray Beach, Florida.