Single-Payer Opponents Say the Transition Process Would Be Too Difficult. But 10,000 People Do It Every Day.

Bernie Sanders wants everyone to have Medicare. First-time recipients contacted The Intercept to explain the immense benefits of enrolling in the program. 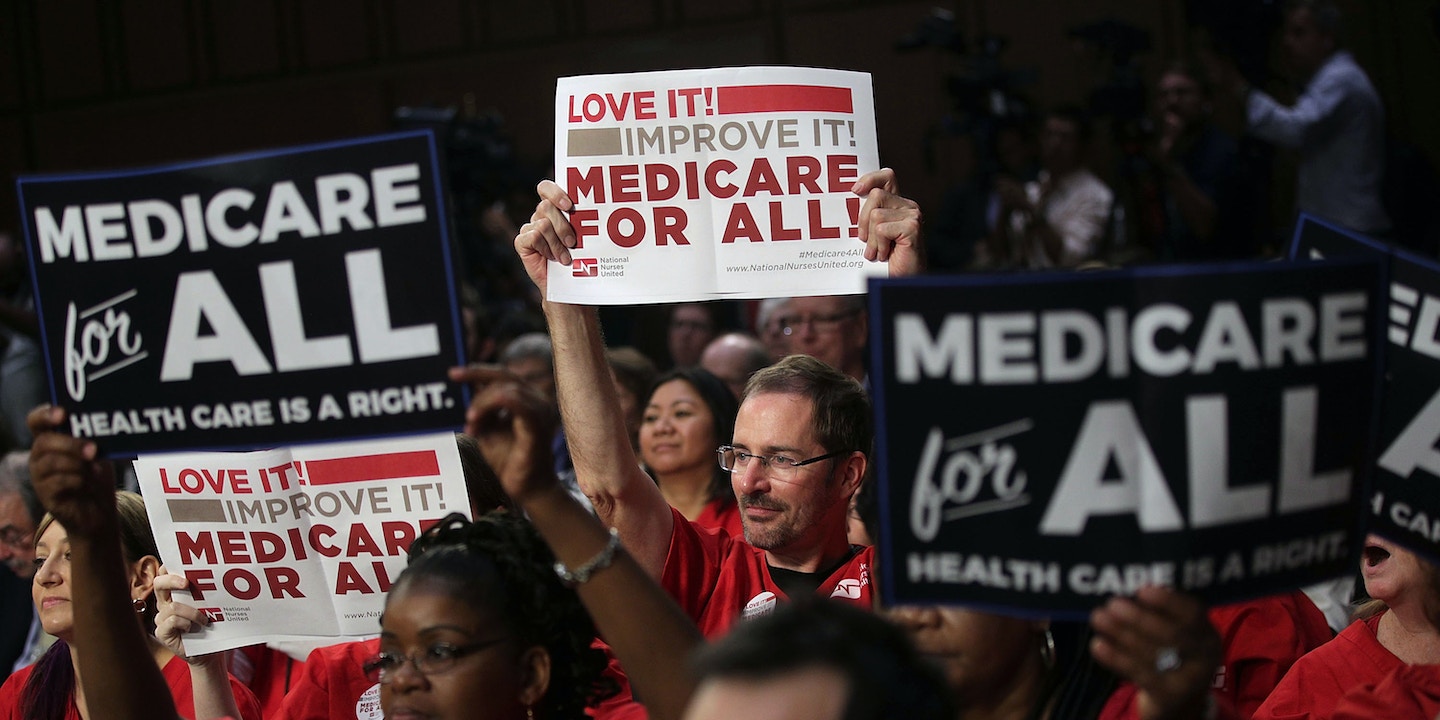 Opponents of single-payer health care frequently claim that such a system might be wonderful in theory, but getting there would be too disruptive. Many Americans, the argument goes, have private health insurance coverage, and the transition to a government plan would be jarring.

“Half of America gets their health insurance coverage on the job,” American Hospital Association lobbyist and former Connecticut Democratic Rep. Bruce Morrison told The Intercept last month. Single payer would replace coverage for some 150 million people, he noted. “If you just leaped to Medicare for All, you would totally disrupt the expectations of all those people. And that would not be a good idea.”

But roughly 10,000 Americans make that transition every single day. We call them seniors who are enrolling in Medicare for the first time.

The latest bill from Sen. Bernie Sanders, I-Vt., would not “just leap” to Medicare for All, but would gradually lower the eligibility age until the full population is covered. So instead of 10,000 per day, several times that would become eligible in a rolling fashion.

So we asked some of those seniors who went through the transition what it was like. They described lower medical bills, great access and choice, and much less fighting with insurance companies for coverage.

Just ask Doug Merschat. He is a long-time Republican who has been loyal to the party since Richard Nixon, although in the last election, he chose to vote for Libertarian nominee Gary Johnson instead.

He turned 65 in September 2015, meaning that he was finally able to enroll in Medicare. Although he kept a private Blue Cross Blue Shield plan as supplemental insurance, he told The Intercept that his costs have gone down considerably.

“[They] have been reduced to about one-third of what I used to pay for health insurance with a group plan through my business, and my coverage has improved greatly,” he said. “I no longer have deductibles or copays because of the supplemental, and the policies are accepted by my health providers. It covers everything I need for health care.”

The cost savings have convinced him that the plan should be universal.

“What I don’t understand is why everyone cannot be on Medicare,” he said. “Our business suffers a hardship to provide health insurance for our family and for our employees due to the huge expense of regular group plan coverage. … Having seen how much difference there is in my current health coverage with Medicare and my supplemental, I am in favor of Medicare for everyone.”

Elayne Sieckmann credits Medicare with helping her get preventative treatment. “It saved my life. For 32 years I couldn’t go to a gynecologist due to money,” she told The Intercept. “I went for first time this year, and they found pre-cancerous cells on my Pap smear. Two procedures later, I’m cured.”

She supports Sanders’s proposal and cautions against those who say that charity can serve those without coverage. In the year and a half before enrolling in Medicare in February, she relied on charitable clinics for care, and the quality of coverage was inadequate, she said.

Ernest Beck is a freelance writer and editor who recently had his 65th birthday. “I turned 65 on September 3, and I was definitely counting down the days to going on Medicare because my wife and I are both freelance writers, and our health insurance bills have been astronomical over the last two years,” he told The Intercept.

His bills went from over $1,000 a month to closer to $130 a month to pay for his supplemental insurance. He had a birthday party and joked to his friends that it was also a celebration of enrolling in Medicare.

Gail Frevert Schuman recently enrolled in Medicare. As a nurse and health care worker, she had comprehensive health coverage through her hospital and thus the financial differences are minor.

However, there is one big benefit she has noticed: She is no longer limited to a small set of doctors and facilities she can go to. “Now, I love it, no stress,” she wrote to The Intercept, noting she can go anywhere she wants to receive care. She also cited having to fight private insurance companies to get care for her patients, but said she “never” had to do so with Medicare after decades working in the health field.

Tracy Finklag is part of the population that gains access to Medicare prior to the retirement age because she has a disability. “Medicare has been literally a lifesaver for me,” she wrote to The Intercept. “I have it pre-retirement due to SSDI (Social Security Disability Insurance), from having leukemia”

She noted that her prescription drug costs went from $100 a month to $7 a month. She now pays around $350 a month for supplemental plans that include dental insurance. “It’s awesome and I wish everyone could have it, too,” she concluded.

While these experiences with Medicare are anecdotes, they reflect broad public sentiment. A Gallup poll in 2015 found that Americans who have government health coverage are the most satisfied with their plans.