A new film from director Sean Baker shows the cycle of poverty that too many advocates of “pulling oneself up by one’s bootstraps” refuse to see. 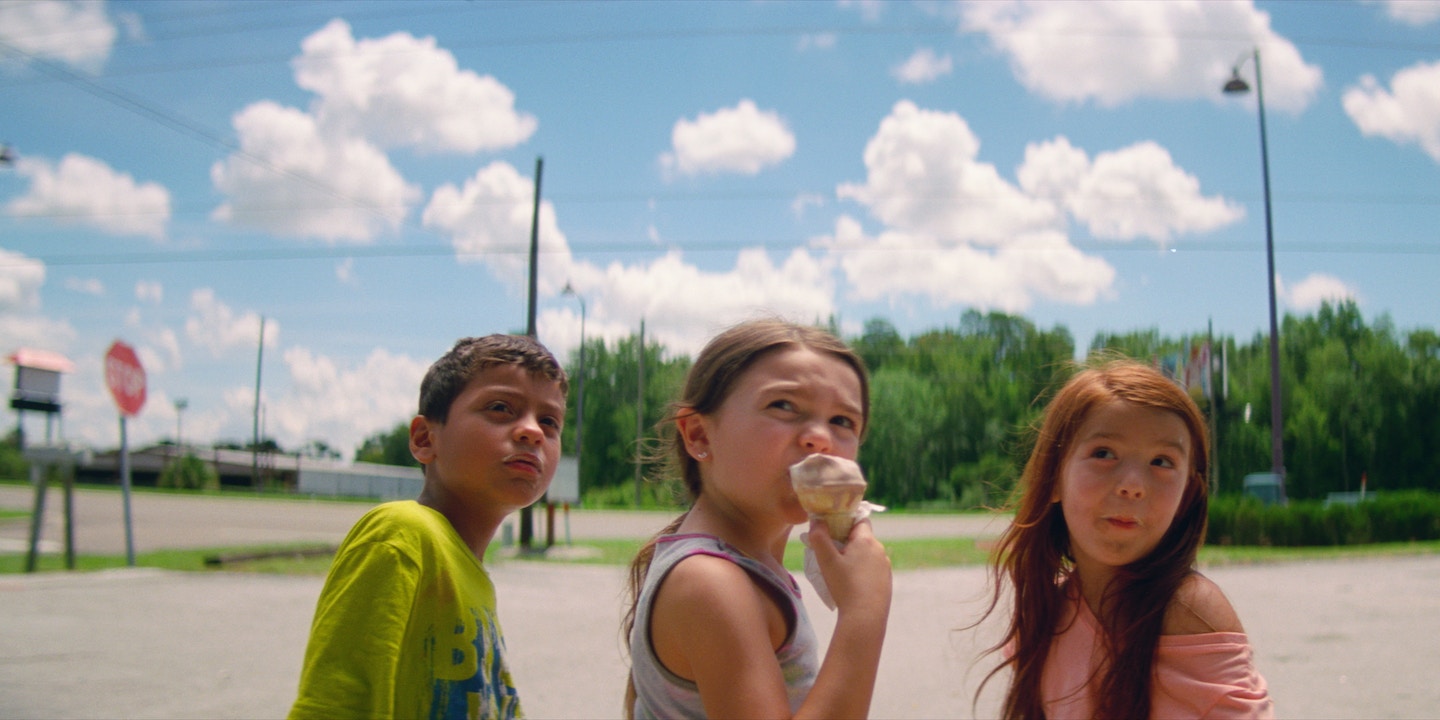 Housing and Urban Development Secretary Ben Carson offered a blunt summary of his view on poverty and how to get out of poverty in a radio interview last May. “I think poverty to a large extent is also a state of mind,” he told conservative radio personality Armstrong Williams. “You take somebody that has the right mindset, you can take everything from them and put them on the street, and I guarantee in a little while, they’ll be right back up there.”

In Carson’s view, that state of mind is the most powerful element in one’s economic future. “You take somebody with the wrong mindset, you can give them everything in the world — they’ll work their way right back down to the bottom,” he added.

“The Florida Project,” the latest indie flick from writer-director Sean Baker, very much focuses on the state of mind of impoverished families living in a low-rent motel right outside Walt Disney World in Florida. But, unlike Carson’s one-dimensional portrait, the movie surveys the depth and range of personalities and emotions of those living in poverty on the edge of paradise.

We see the panic of a single mother faced with the prospect of becoming homeless by missing a rent check; the joys of children who have no summer camp or video games to keep them occupied but instead invent an adventure romping through an abandoned condominium rumored to be a crack den; the agony of a hotel manager who is willing to dip into his own pocket to keep a roof over the heads of his customers while also bearing the burden of chasing his own American Dream.

With the exception of the aforementioned hotel manager — Bobby, played by Willem Dafoe, who Baker smartly avoids over-using — most of the cast are newcomers or fairly new to film. This allows for the movie to present its characters as ordinary and therefore believable people.

Although every word of the story is fiction, the trials of the residents feel embedded in reality. Watching “The Florida Project,” you have a hard time escaping the fact that this is the ground truth for millions of Americans.

Much of the film revolves around Halley, played by cinematic neophyte Bria Vinaite. Halley is a single mother and long-term resident of the motel, who leads a Sisyphean existence of putting together the right hare-brained scheme to collect enough rent money to avoid eviction, only to repeat the task with the same mix of desperation and ingenuity for the next rent period.

The film takes place during summer break. Halley can barely afford the next day’s meal, let alone childcare, and everything in her life, good and bad is, shared with her daughter Moonee.

Moonee, played with an abundance of spunk by breakout star Brooklynn Prince, tags along with Halley to scalp perfume bottles outside premium hotels; she is also regularly deployed to skim free pancakes off a neighbor who works at a local diner.

The importance of Moonee’s role in the story is to highlight how a child experiences deep poverty in America. She lacks many of the amenities of her peers living in stable homes and prosperous families. She invents her own games to play, ranging from a spitting competition with her friends to staring at grazing cows in a nearby field.

The movie does not portray Halley or the other parents in the motel as simply noble victims. They make plenty of bad choices, many of which the moralizing Ben Carsons of the world would cite as evidence for their thesis.

Moonee’s mother is quick to use vulgar language, engage in outbursts of violence against her friends, and partake in petty crime. It seems that for every lucky break Halley gets, she cancels it out with a perilous decision. One of the most gripping scenes in the movie involves Halley assaulting a friend in a neighboring motel room as the friend’s son sits there and watches. After all, when you live in a square room, there is nowhere you can go to hide to escape verbal abuse or physical violence.

Some kids grow up with piano lessons and summers on overseas trips. Others grow up watching adults break each other’s bones.

That is the biggest hole in Carson’s theory about poverty largely being a “state of mind.” It is true that Carson speaks from authentic experience. He grew up in the slums of Detroit, surviving poverty and violence to become one of the world’s great neurosurgeons. Carson’s narrative is attractive for its simplicity.

Eventually, Moonee’s world collapses around her. Police and the Department of Child Services swirl around her increasingly erratic mother. Her friends are walled off by parents angry about Halley’s behavior. She gets many scoldings from Bobby for various acts of childhood vandalism. And we begin to wonder what kind of life is in store for a girl who is being denied much of what is needed for a child’s healthy development, as she is submerged in an unhealthy environment over-saturated with abuse, material deprivation, and violence.

In order to break that cycle of poverty, most people need some sort of intervention — but that takes resources and support that American society has thus far denied them. These can include great schools, guaranteed meals, medical care, therapy, medication, and an integrated environment that is enriching to children, not normalizing harmful behaviors.

Yes, some rise above poverty due to extraordinary mental and physical talents and a dose of good luck. But we know that, for instance, the “expected family income of children raised in families at the 90th income percentile is about three times that of children raised at the 10th percentile,” as a 2015 Pew research study found.

Although the movie doesn’t show us the life that led Halley to her current predicament, it would not be a stretch to assume that she, too, was once dragged by her mother from motel room to motel room. And for every Ben Carson, there are far more Halleys and Moonees.

Top photo: A screenshot from “The Florida Project.”

20 Years Later, Poverty Is Up, But Architects of “Welfare Reform” Have No Regrets

It is very hard for me to take anything that Ben says as plausible. He is the most confused and pathetic appointee in the WH and that is saying a lot. I am unable to understand someone who qualifies as a brain surgeon could be so simple minded. He is so out of touch with reality.

Thank you for this article. I often have arguments with well-meaning friends who believe in the “free market” solving all problems. Yes, the people who lift themselves out of poverty have immense drive, skill but also luck. Having experienced homelessness I know it drags you down, just think that your day is spent trying to find somewhere to take a shower, somewhere to sleep, etc. and before you even start thinking about where to get a job you’re exhausted in a way that someone who woke up in a normal house wouldn’t understand. We should encourage people to work hard to lift themselves out of poverty, but also support them in the process. It may be a good movie for your friends to see

A” Confederacy of Dunces” are ruling the good old U of A. If it wasn’t sickening to see the self absorbed interest in every billionaire dollar stolen from the few remaining social programs, the ridiculous judgements (by novice hacks with no knowledge in a remotely similar field), would be amusing me to no end.
I can’t stand living in this damned uncivilized nation anymore. I have a house, and mortgage and so, am lucky beyond words to be stuck here. A privilege that is quickly becoming unusual for regular working class folks.

I didn’t think much of Ben Carson before he went to HUD and I still don’t. The security of a roof over your head is the bedrock of everything else a person can accomplish. You need an address to apply for a job. Tell an employer you are homeless and you will stay that way.

BTW, I have never seen an in depth story on Carson’s medical career. Nobody has ever commented on his accomplishments as a doctor, except him. How about some investigative reporting on him.

Carson would rather scold than inspire others to rise up and out of poverty. Selfish jerk.

Mindset to get the skill-set to build a life, sure, but without a good foundation you can not build much of a house. Our welfare and educational system to often isolates rather than connect and at best can not replace a loving confidence building home.

We should consider some decent “motels”/apartments, safe/halfway house where care givers, social workers and daycare is interwoven into and present in the community. If some assaults someone it is interdicted and not allowed to be the norm. Sometimes the best teacher are those that climbed the ladder out of poverty. Halley could use such a buddy/mentor to help her and both could receive some pay/assistance during this process to help make the rent. Breaking with you past and bad habits is difficult even for those that have more resources.

It is always easier to look down at somebody. Each persons situation is unique and is dealt differently. The community should help but is hindered by the “ME” factor. We always want recognition of our action of giving. But the giving should be just for the giving. It seems that the people that are poor give more then the rich.

“I think poverty to a large extent is also a state of mind,” he told conservative radio personality Armstrong Williams. “You take somebody that has the right mindset, you can take everything from them and put them on the street, and I guarantee in a little while, they’ll be right back up there.”

wasn’t this precisely the premise for the movie “trading places” ?

“In Carson’s view, that state of mind is the most powerful element in one’s economic future.”

Carson should take that “state of mind” to a Black Lives Matter march, so that his boss’s neo-Nazi supporters can club that notion out of his silly head.