Is an obscure, telecom-funded nonprofit attempting to use the crisis in Puerto Rico to get rid of the open internet? 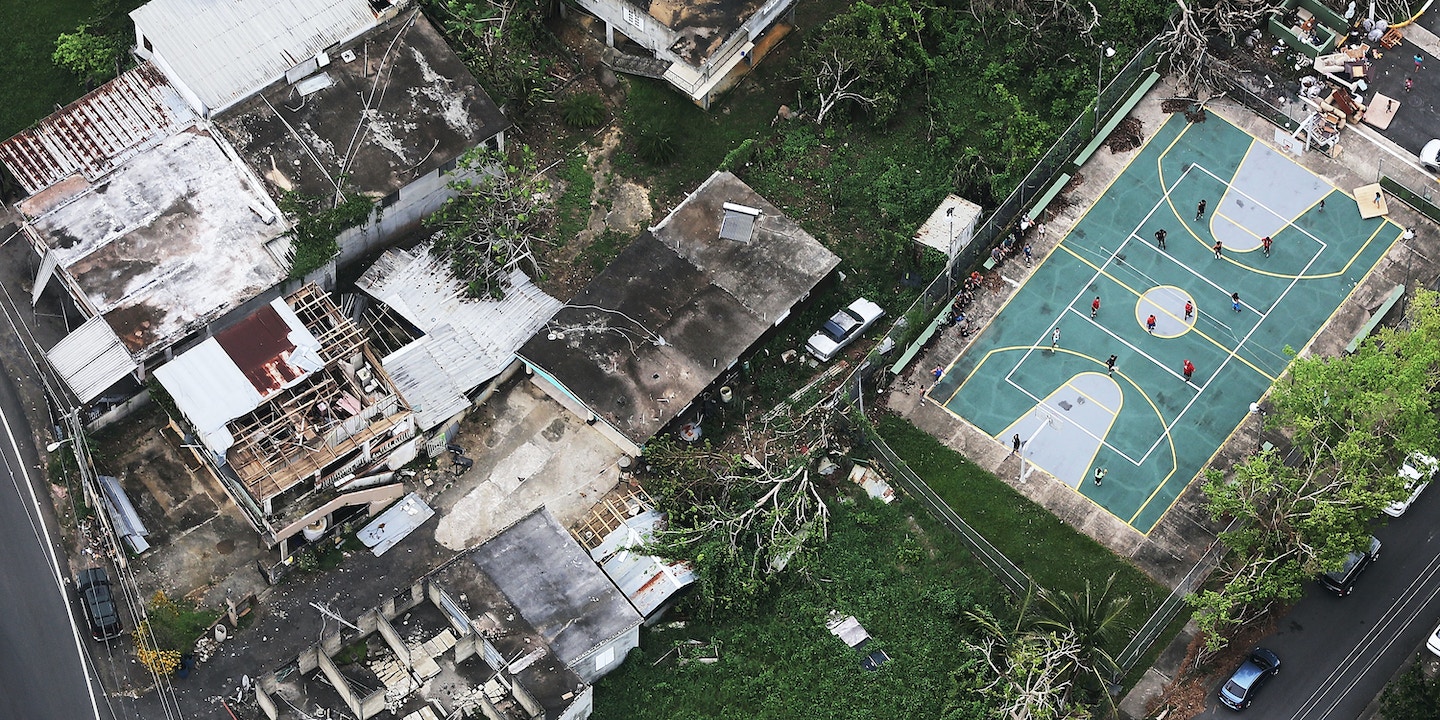 Puerto Rico’s already suffering economy took a massive hit when Hurricane Maria struck last month. Now, as business owners struggle to get back on their feet, the island’s chamber of commerce has an unseemly proposal for revitalizing the economy: Embrace the Trump administration’s plans for repealing current net neutrality rules.

Federal Communication Commission Chair Ajit Pai has found broad support from telecom industry groups and their surrogates in his effort to repeal the open internet standards established by the Obama administration. But a column from the National Puerto Rican Chamber of Commerce, a group funded by Verizon, appears to be the first to attempt to harness the crisis in Puerto Rico in support of repealing net neutrality safeguards.

“My organization’s interests — especially those of small businesses and entrepreneurs in Puerto Rico who now need to be afforded every advantage and opportunity to grow more than ever before — and our members’ mutual experience have made it clear that the best thing for America’s fragile economy will be for the FCC to continue its plan to repeal the unnecessary regulations,” Justin Vélez-Hagan, executive director and founder of the chamber, wrote Monday in an opinion piece published by The Hill.

Vélez-Hagan wrote that the public should back the effort by Pai and others to place the Republican majority in Congress in charge of remaking net neutrality rules. Doing so, Vélez-Hagan wrote, would provide the “incentive for businesses to invest in Puerto Rico (and others impacted by natural disasters) instead of relying solely on relief packages.”

The Intercept asked Vélez-Hagan by email about taking such a stance while receiving financial support from Verizon and inquired about which small businesses in Puerto Rico his organization represents, but he was not available for comment.

In 2015, the FCC under the Obama administration voted to classify broadband internet services as a public utility to establish new net neutrality rules designed to promote free expression and innovation over the web. The rules prevent internet service providers, such as Comcast or Verizon, from throttling content or establishing paid prioritization systems that would favor certain websites and services over others.

The rule sparked a furious lobbying and legal battle. AT&T, Comcast, and Verizon hired scores of lobbyists and financed third-party groups to challenge the reclassification effort. The U.S. Telecom Association, an industry trade group, challenged the rules in court and lost.

But under President Donald Trump, the Republican-controlled FCC has sparked an effort to repeal the reclassification. The telecom industry, filings show, has again employed a small army of lobbyist to bring Democratic and Republican lawmakers together in support of the push. As The Intercept has reported, a number of civil rights organizations funded by telecom firms have also voiced support for the Trump administration’s push to repeal neutrality.

Advocates of repealing net neutrality claim that the regulation stifles investment into broadband services. There is little evidence to show that the 2015 regulation has curbed deployment. AT&T slightly decreased investment in rural broadband since the order, but analysts note that the company was undergoing a fundamental shift to use its cash during that period to acquire other companies, including its pending merger with Time Warner.

Rather, many small businesses and technology firms say they rely on net neutrality to ensure equal access to consumers, and have expressed concern that the repeal will allow incumbents to set up barriers to squeeze startups.

Vélez-Hagan, who is pursuing a Ph.D. in economic policy at the University of Maryland, Baltimore County, has provided advocacy on a number of highly charged political debates affecting Puerto Rico. He has argued for privatizing the island’s public assets, including its power utility and infrastructure, and for lowering the minimum wage.

Notably, the National Puerto Rican Chamber of Commerce prominently displays financial support from Herbalife, a controversial multi-level marketing company that critics have assailed as a pyramid scheme. The company reached a settlement with the Federal Trade Commission last year that forced it to restructure its payment system to reward its network of independent distributors of vitamins and weight-loss pills through retail sales rather than through recruiting other distributors. Herbalife has also faced critics who claim that the firm targets Latino communities with misleading promises of financial success.

The National Puerto Rican Chamber of Commerce, however, has been eager to sing the praises of its donor. “Puerto Rico needs more businesses like Herbalife, whose model provides opportunity to all,” Vélez-Hagan wrote in a column for Fox News.