The latest GOP tax proposal completely eliminates state and local tax deductions — putting Republicans whose constituents depend on them in a bind. 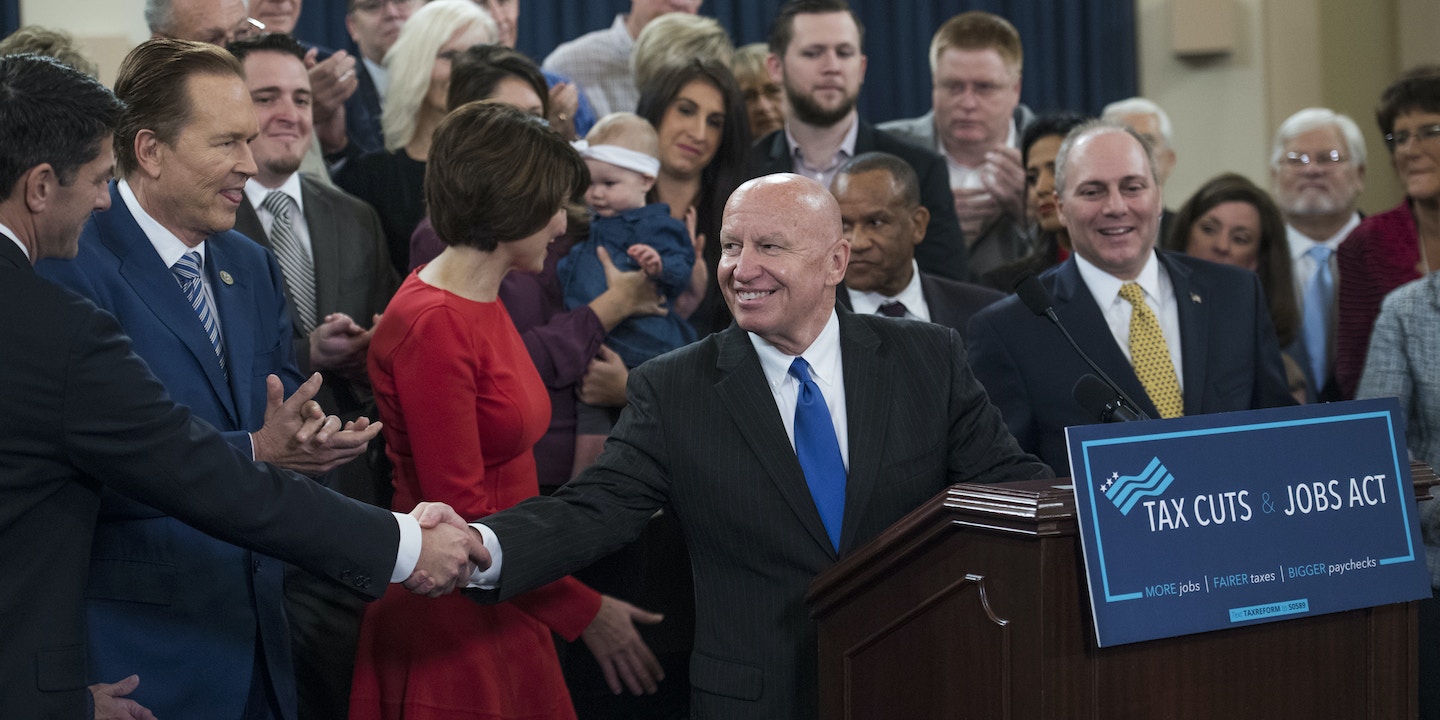 The most recent version of the Republican tax plan unveiled Thursday leaves Republicans representing blue states in a tough spot, threatening to derail the Tax Cuts and Jobs Act train just as it’s leaving the station.

Subsidizing tax cuts for the wealthy by making middle-class people in Democratic-leaning states pay more might make for satisfying politics for House Republicans, but the math will be difficult for them. The issue comes down to state and local taxes. Blue states tend to have higher rates, along with the better social outcomes that come with them. Taxpayers are able to write off the amount they pay in state and local taxes on their federal taxes.

Some Republicans want to end that entirely, but the House Committee on Ways and Means indicated last week that it would likely preserve a more limited version of the state and local tax, or SALT, deductions. The version of the plan released Thursday morning, however, eliminated them entirely, leaving only some relief — capped at $10,000 — for property owners. Now the question is whether Republicans from high-tax states like New York, New Jersey, and California, which were opposed to the repeal, will ultimately decide to support what could be their party’s first major legislative achievement of the year.

Twenty Republicans, many of whom have constituents who benefit from SALT deductions, already voted against the budget resolution last week after Sen. Shelley Moore Capito, R-W.Va., inserted a last-minute amendment outlining its removal. The defections made the resolution’s passage a narrower victory than Republican leadership might have hoped and set the stage for debates that will now begin in earnest this week.

As of Thursday morning, several Republicans held reservations. Rep. Dan Donovan, R-N.Y., told the New York Times that the “people of New York City deserve a tax break.” Another New York Republican, Rep. Pete King, is also among the most strongly opposed to the plan. “Almost half of my constituents benefit from the SALT tax deduction, and taking away these deductions would be crippling to New Yorkers,” King said in a press statement last week. “I will do anything I can to prevent any attempt to take away these important deductions from Long Islanders.”

In an interview with radio talk-show host Hugh Hewitt on Thursday, House Ways and Means Committee Chair Rep. Kevin Brady dismissed the idea of a compromise on SALT deductions: “The answer is ‘no.’ … Our lawmakers in those high-tax states really believe their families are being punished most by property taxes.”

In other words, Brady is saying that by removing the deduction, towns will be pressured to cut property taxes. Balancing tax cuts for the rich by forcing towns and cities to slash property taxes would effectively be using school funding to pay for those tax cuts. 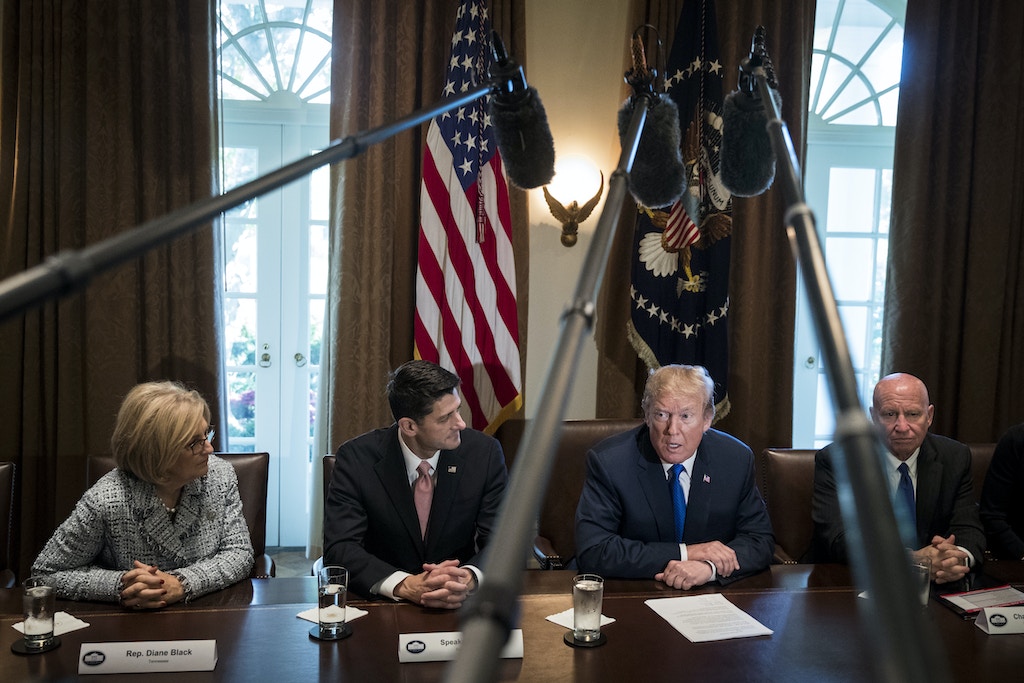 Rolling back SALT deductions is seen by the GOP as a way to balance out the estimated $1.3 trillion the plan’s tax cuts for corporations and the wealthy could add to the deficit, with state and local deductions accounting for about a third of that amount. Republican representatives in blue states already see themselves as subsidizing the rest of the country with high tax rates, meaning a repeal of the state and local deductions could be seen as adding insult to injury. “The issue is that states like mine … pay more than we get back,” MacArthur said. “Of course, [other states] have lower taxes in some cases because we’re not only paying for our poor people, we’re paying for their poor people.”

Publicly, Republicans in Congress and the White House have remained stalwart that the amount their tax plan would add to the deficit would be more than balanced out by its potential to drive growth through corporate tax cuts. Discussing an initial version of the plan with CNBC, Chief White House Economic Adviser and former Goldman Sachs President Gary Cohn said, ”We think we can pay for the entire tax cut through growth over the cycle,” predicting tax reform and deregulation would drive growth “substantially over 3 percent.”

There is little empirical evidence to suggest that will be the case. As Roosevelt Institute Fellow and Research Director Marshall Steinbaum told me recently when talking about the Republican tax plan, “We have run a four-decade-long experiment in reducing effective marginal tax rates on the rich, both in the individual and corporate tax systems, and it has definitely failed to fuel economic growth.”

That’s largely because cutting taxes for the rich doesn’t increase their spending, because they are already buying whatever they want. That’s what it means to be rich.

Other proposals have invited pushback, as well. Developers and real estate interests have aligned against proposed changes to the mortgage interest deduction, which would cut the benefit in half by capping it at mortgages of $500,000. That plan would further eliminate the ability to deduct medical expenses, and — in a coup for top income earners — would just about double the cutoff at which households become eligible to pay the estate tax — exempting a family’s first $22 million.

Republicans say they hope to have a bill on the president’s desk by Christmas.