Republicans Plucked Out CHIP, But Let a Slew of Other Health Programs Languish

CHIP has been a key part of bipartisan negotiations that involve many popular health programs that also expired for the nation’s most vulnerable people. 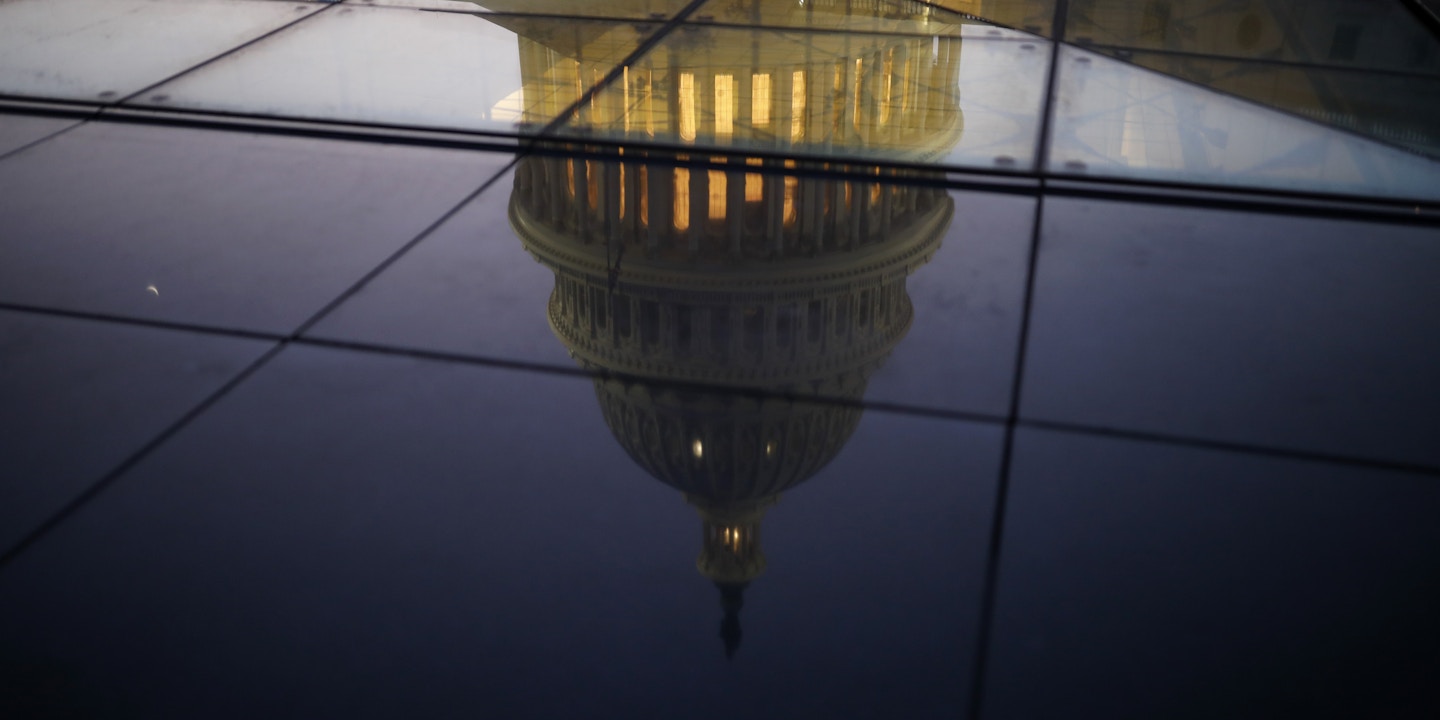 Congressional Republicans thought they had hit on a foolproof plan to force Democrats to vote for their spending bill to keep the government open for another month. Democrats, they reasoned, love government health insurance. And Democrats love children. So surely if they plucked out the Children’s Health Insurance Program from the expiration pile and offered to renew it for six years, Democrats would leap at the chance — or at least not be able to resist it.

“I cannot see the Democrats voting against the Children’s Health Insurance Program,” said Rep. Mo Brooks, a Republican from Alabama.

The plan, though, proved too clever by half. It wasn’t even enough to sway Republicans. Four of them — Sens. Lindsey Graham of South Carolina, Jeff Flake of Arizona, Mike Lee of Utah, and Rand Paul of Kentucky — all voted against the measure, joined by 44 of the 49 members of the Senate Democratic caucus. It fell nine votes short, not remotely close.

A major flaw in the GOP plan was its transparency. Strenuous effort to paint Democrats as heartless ran up against two basic questions that had no good answer. First, the program expired in September, so where was the urgency until now? But perhaps more importantly, CHIP has been a key part of bipartisan negotiations that involve a slew of popular health programs for the nation’s most vulnerable people that also expired at the same time, and negotiators had long assumed all of the programs would move together.

Plucking out CHIP may have only added to the uncertainty rather than diminished it. And it was a cost-free offer from Republicans: A new score from the Congressional Budget Office determined that by making it a six-year extension, it would actually reduce the deficit. Extending it permanently came with much larger savings, but that was apparently too much government health care for the GOP rank-and-file to swallow, so leadership went with the six-year bump. That wasn’t enough of a bargaining chip to persuade Democrats to cave on the demands of 800,000 young immigrants — a demand that President Donald Trump simply follow through on a DREAM Act promise he had already made.

Yet the move will have real consequences around the country. There are only days of guaranteed CHIP funding left and states are scrambling to make sure children, many of whom are chronically ill, keep their insurance.

The continuing resolution Congress passed in December came with a small Band-Aid, giving CHIP a new $2.85 billion so the program could scrape by for a few more weeks. But it’s not even the only critical health program Congress has failed to allocate funding for. A home visiting program to help out new mothers and their infants, known as MIECHV; community health centers nationwide; teaching health centers; and even a special diabetes program have all been forced to scale back services or in some cases, shut down, because of congressional inaction and disagreements over funding.

Eleven states are on track to run out of CHIP funds before the end of February, and the situation gets bleaker in March, when half of states are expected to completely run out of guaranteed money, an analysis by the Georgetown University Center for Children and Families found.

Community health centers, like CHIP, can’t wait another month for Congress to resolve the funding crisis — these centers serve anyone who needs care, regardless of their ability to pay or health condition. The National Association of Community Health Centers said they were “extremely disappointed” with the House bill and warned “health centers and their patients are facing considerable damage with each passing day while this matter remains unresolved.”

“Centers are being forced to execute contingency plans resulting in staff layoffs and site closures, and are scaling back critical services including prenatal care, dental services and opioid treatment programs,” NACHC said. “If not resolved soon, this funding cliff will result in a loss of care to approximately 9 million patients, closure of over 2,500 care delivery sites, and a loss of over 50,000 jobs.”

Sen. Tammy Duckworth, D-Ill., cited the lack of funding for community health centers as a chief reason she voted no. “In addition to seriously harming our armed forces, this bill fails to adequately support veterans or fund community health centers, and it leaves hundreds of thousands of Dreamers in a state of uncertainty. Enough is enough,” she said.

Republican Sen. John Kennedy of Louisiana told reporters before the vote on the House-passed CR that “if you’re gonna shut her down for 300 million Americans, you better have a damn good reason.”

“And you better understand what you’re doing … checks to military widows and widowers will stop, we’re have to close down community health centers, we’ll have to close down opioid treatment centers,” Kennedy said. “Nobody wants that, unless there’s an emergency and we don’t have an emergency, we have a manufactured crisis.”

Another health initiative, the Special Diabetes Program, expired in October. By failing to renew its funding, the Juvenile Diabetes Research Foundation said, Congress is putting promising research on new technology and treatment advances in “serious jeopardy.” The research foundation opposed the House CR and instead, urged Congress to bring a two-year renewal of $150 million for the program to the floor for a vote. Former House Speaker Newt Gingrich and Clinton White House Chief of Staff Erskine Bowles had created the program in 1997, specifically for Type 1 diabetes.

There’s nothing controversial about the Maternal, Infant, and Early Childhood Home Visiting program either. It’s relatively small and lawmakers from both parties laud it as a model of evidence-based policymaking. Around 98 percent of participants showed improvement in areas, like maternal and newborn health, crime, domestic violence, and family economic self-sufficiency, according to data from state and nonprofit grantees.

Home visitors provide a number of services to families, including guidance on topics like breastfeeding and safe sleep practices, and referrals to address postpartum depression, substance abuse, and family violence. Grantees reported serving about 160,000 families in fiscal year 2016, and many of the participants are young teenage mothers or other vulnerable parents.

“For the past year, as we worked with members of Congress to reauthorize MIECHV, they voiced support for home visiting programs, but what we need now is action, not more words of support,” Karen Howard, vice president of early childhood policy at First Focus, said Thursday.

“The farther Congress kicks the can down the road, the more children and families in this country will be harmed. If Congress can’t act immediately to allocate funds, continuing uncertainties could cause programs to freeze enrollment of families, defer training of home visitors and delay operational improvements.”

The U.S. Capitol is seen reflected in the windows of the Capitol Visitors Center as lawmakers work to avert a government shutdown Jan. 19, 2018 in Washington, D.C.