The former NSA contractor’s bail appeal shows how the government is treating her unlike almost anyone ever charged under the Espionage Act. 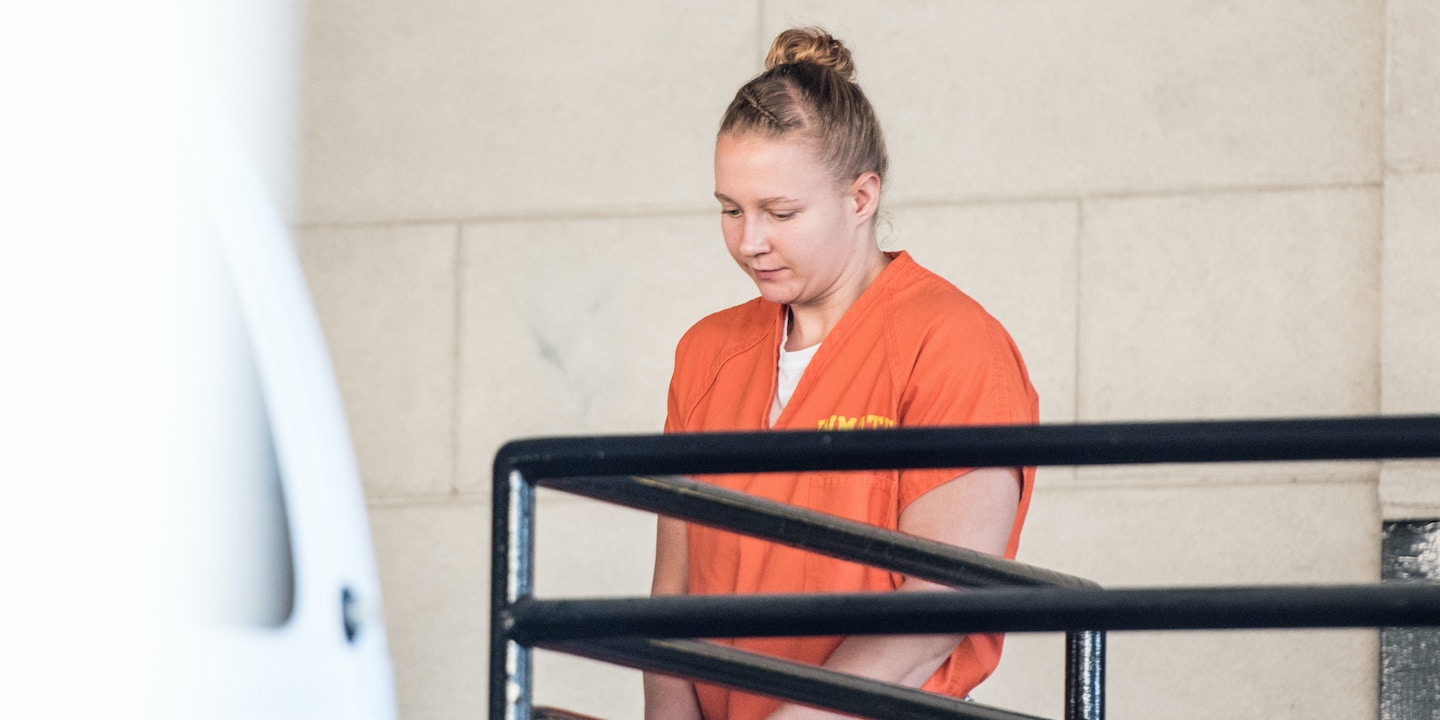 The decision in October of an Augusta, Georgia, judge to deny former National Security Agency contractor Reality Winner’s bail request was “baseless and unprecedented,” according to her defense team, which is asking the U.S. Court of Appeals to reverse it and grant her release before her trial.

Winner, who was charged in June with violating the Espionage Act for allegedly releasing national security information, has been behind bars for more than six months now. With her trial set to start as soon as this spring — and potential added delays looming in the complex proceedings — Winner may end up serving more time in pretrial confinement than she would be sentenced to if she is found guilty.

Denying Winner bail is out of step with virtually every prosecution under the Espionage Act on record. The lone exception comes in a bizarre case involving, as Winner’s lawyers put it, “a defendant who allegedly hoarded 50 terabytes of classified information over a 20-year period and had ongoing issues with mental health and alcohol abuse.” The cases are wholly incomparable.

Winner may end up serving more time in pretrial confinement than she would be sentenced to if she is found guilty.

One needs only glance at recent headlines — and the case of Donald Trump’s former campaign manager Paul Manafort, who was charged with conspiracy and money laundering, among other counts — to see how absurd it is to deny Winner bail. Manafort, whose alleged criminal endeavors involved foreign government patrons, has millions of dollars at his disposal and was the owner of three passports. Not only did Manafort get bail, he was given permission to spend Christmas in the Hamptons.

Winner, on the other hand, is incarcerated indefinitely for, as officials have said, allegedly mailing an NSA document about Russian election hacking to The Intercept. (The Intercept had no knowledge of the source’s identity.) It’s an injustice that is not only out of step with precedent, but also creating an undue burden on her defense team. That’s why they’re taking these steps to appeal the bail decision again.

The defense, however, is still coming up against secrecy as an obstacle. In an example of the way the government’s push for secrecy burdens Winner’s defense team with restrictions and undue burdens, the government’s response to Winner’s bail appeal was already public for a week before the motion for appeal was released, after it languished in a government process to cleanse it of purportedly restricted information.

In a bizarre demonstration of the government’s overreach on secrecy, the cleansed document contained five redactions; two of them were seemingly in reference to public statements made by the president of the United States. “In May, after hearing persistent public denials by the President [redacted], Ms. Winner’s frustrations purportedly boiled over,” read one of the redacted sentences. Another said: “The allegation is that she disclosed one document regarding [redacted] as a specific reaction to persistent, public denials by the President about [redacted].”

Winner’s request for bail was rejected by the lower courts largely on the basis that she is somehow “dangerous” to society. According to her lawyers, that is doubly fallacious argument: Winner is neither dangerous, nor is her purported dangerousness the standard by which the court is supposed to decide whether someone in her position receives bail or not.

The law is crystal clear on this question. As the defense brief to the Court of Appeals makes clear, “dangerousness” should only be the basis for withholding bail in specific and narrowly prescribed circumstances constituting:

(A) a crime of violence, (B) an offense with a maximum punishment of life imprisonment or death, (C) a serious narcotics offense, (D) a felony for certain recidivists, or (E) certain felonies involving minors.

This is backed up by case law in every single court of appeals circuit that has looked at the issue. Since none of those attributes apply to Winner, “flight risk is,” the defense notes, “the only valid basis for detention as every court of appeals to consider the question has concluded.”

The government is making a case that taking an interest in Muslim-majority countries is tantamount to being on the cusp of treason.

The charge of dangerousness is especially strange because prosecutors are making the claim despite the fact that it is legally irrelevant. Here are some basic facts of the case: Winner is accused of the nonviolent “crime” of passing a single document to a single news outlet that contains information on matters that are routinely on the front pages of the nation’s biggest newspapers. The government has presented absolutely no evidence that she has more documents in her possession.

None of those facts has stopped the government from making insinuations that Winner is some kind of monster — and doing so on dubious and borderline Islamophobic grounds. Her complaints and hyperbole about Trump are held up as some sort of expression of genuinely hating America, as were her complaints about the overuse of air-conditioning in the U.S.

Most offensively, prosecutors have offered Winner’s interest in world affairs and background with the languages of Farsi and Urdu — the languages of Iran and Afghanistan, in one case, and Pakistan, in the other — as evidence of her foreign and maybe even terrorist sympathies. But she learned these languages from the government itself when she attended the Defense Language Institute while in the Air Force. Part of her job was to translate for the military.

The only danger here is to our democracy: The government is making a case that taking an interest in Muslim-majority countries is tantamount to being on the cusp of treason. None of these points should even be at issue here, yet they undergirded both the magistrate and district court judges’ rulings against Winner.

Because dangerousness was not meant to be a factor, these arguments have all been couched as tangentially relating to the risk that Winner will take flight. That notion, however, is about as far-fetched as Winner becoming an agent of the Iranian Revolutionary Guard Corps: There is no flight risk from Reality Winner.

She has no prior criminal record, was honorably discharged from the Air Force, and has already agreed to give up her passport so she cannot leave the country. Winner has voluntarily conceded to several other restrictions, like giving up access to all internet devices, wearing a monitoring bracelet, and having her mother and step-father post their property as bond.

The fact that Winner remains in jail and has to be transported to a “sensitive compartmented information facility” for her defense team to discuss most aspects of the case with her makes their job nearly impossible. There’s no legitimate reason to keep her in jail pending trial, the Court of Appeals should do the right thing and release her.

Trevor Timm is the executive director of Freedom of the Press Foundation. He is also the co-founder of the Stand With Reality campaign, which is raising money for Winner’s legal defense and awareness about the Espionage Act’s use against the sources of journalists. First Look Media, The Intercept’s parent company, has provided legal support for Winner’s defense through the Press Freedom Defense Fund, and contributed $50,000 in matching funds to the Stand With Reality campaign.