West Virginia Republican Said Teachers Won’t “Have Any Significant Effect” On Elections. Then They Voted Him Out. 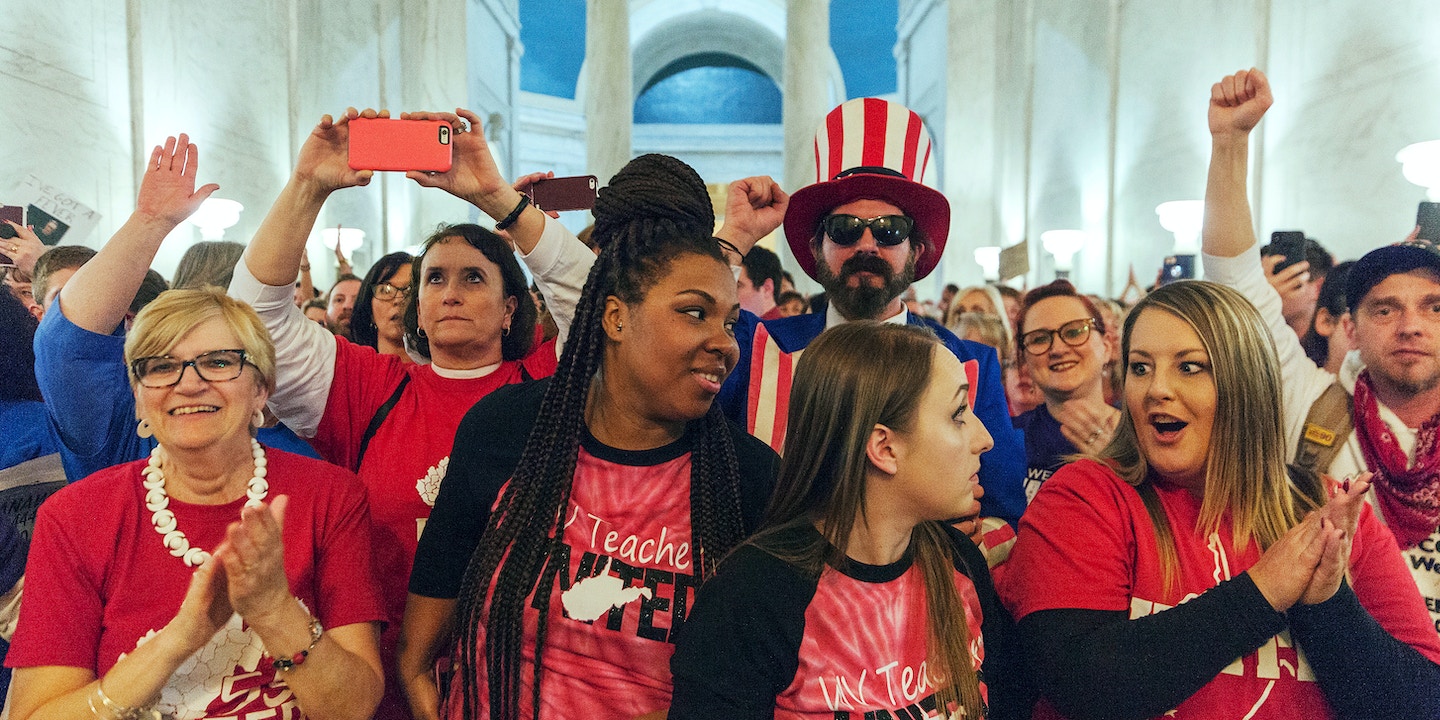 Following the longest teacher strike in West Virginia’s history, the state’s educators won a 5 percent pay raise. The much-needed hike lifted spirits and helped spark walkouts around the country, but the larger political implications of the increase in teacher activism are still unclear.

Are lawmakers who opposed the teacher movement going to pay a political price? Will politicians who stood with them be rewarded?

Republican state Sen. Robert Karnes thought he knew the answer to that. He’s a longtime political foe of the state’s unions —  he once referred to union members who were assembled in the legislative gallery as “free riders” as he advocated for right-to-work legislation. During the teacher strike, he had complained that they were holding kids “hostage.”

In late March, he told a local newspaper that he couldn’t imagine there would be much political fallout from the strikes.

“I can’t say that it will have zero effect, but I don’t think it’ll have any significant effect because, more often than not, they probably weren’t voting on the Republican side of the aisle anyways,” he said of the state’s teachers.

On Tuesday, they did just that. And Karnes lost re-election.

Labor activists, it turns out, know how to get involved on the Republican side of the aisle, too. Karnes was facing a primary challenge from fellow Republican Delegate Bill Hamilton, who beat him, with all the votes counted, 5,787 to 3,749. It was a blowout.

Hamilton is a moderate Republican who opposes right-to-work and was sympathetic to the teacher strikes, breaking with those in his party who wanted to offer only a smaller raise.

Unions responded by heavily investing in his campaign; he raised over $10,000 of his $53,850 haul from organized labor.

Karnes poked fun at this support base with tweets sent out just hours before he was officially defeated:

Good thing we are short on socialists in Upshur. https://t.co/spdocXwQYQ

Could be a lot of hanging chads tonight. Most of Bill's supporters have never seen a Republican ballot.

The win followed a surprising strategy because, as Karnes assumed, organized labor is traditionally aligned with Democrats and participates in Democratic primaries far more often than GOP primaries.

Edwina Howard-Jack, a high school English teacher and Indivisible activist in Upshur County, the area that Karnes represents, told The Intercept that some labor activists were concerned that after the strike wound down, teachers would be less active in politics. But Karnes’s defeat proved to her that they are still a potent force.

“I think that teachers showed their political power in the primary,” she told The Intercept. “Teachers showed up and they were voting in their 55 united, 55 strong shirts. … Once the results started rolling in, it was phenomenal. Teachers were really empowered to say, if we stick together we can make a difference.”

“I heard one teacher today say … after yesterday they may want to think twice about arming teachers,” she joked. She told The Intercept that a number of teachers chose a nonpartisan affiliation so they could vote in the Republican primary on Tuesday; under West Virginia’s rules, you either have to belong to the party or be an unaffiliated voter in order to vote in the primary.

Howard-Jack described Hamilton as a more accommodating Republican who has listened to teachers.

“Bill Hamilton, he’s more bipartisan. He will listen to our concerns. He’s more personalized with us when we were trying to pass the medical marijuana bill last year. For instance, I called his office to talk to him to find out his position to see if I could convince him to support it. He spoke to me in person; he assured me that, yes, he was willing to support it and that he was doing all he could to make that happen,” she said. “So there are issues where he’s willing to cross party lines, and that’s really appealing to people here. Because teachers were really trying to be more issue-oriented, and teachers were looking for [someone who], No.1, had integrity, someone they could trust, someone who was part of the community.”