Hardly anyone from the center to the left supports the former NSA contractor, but they all should. 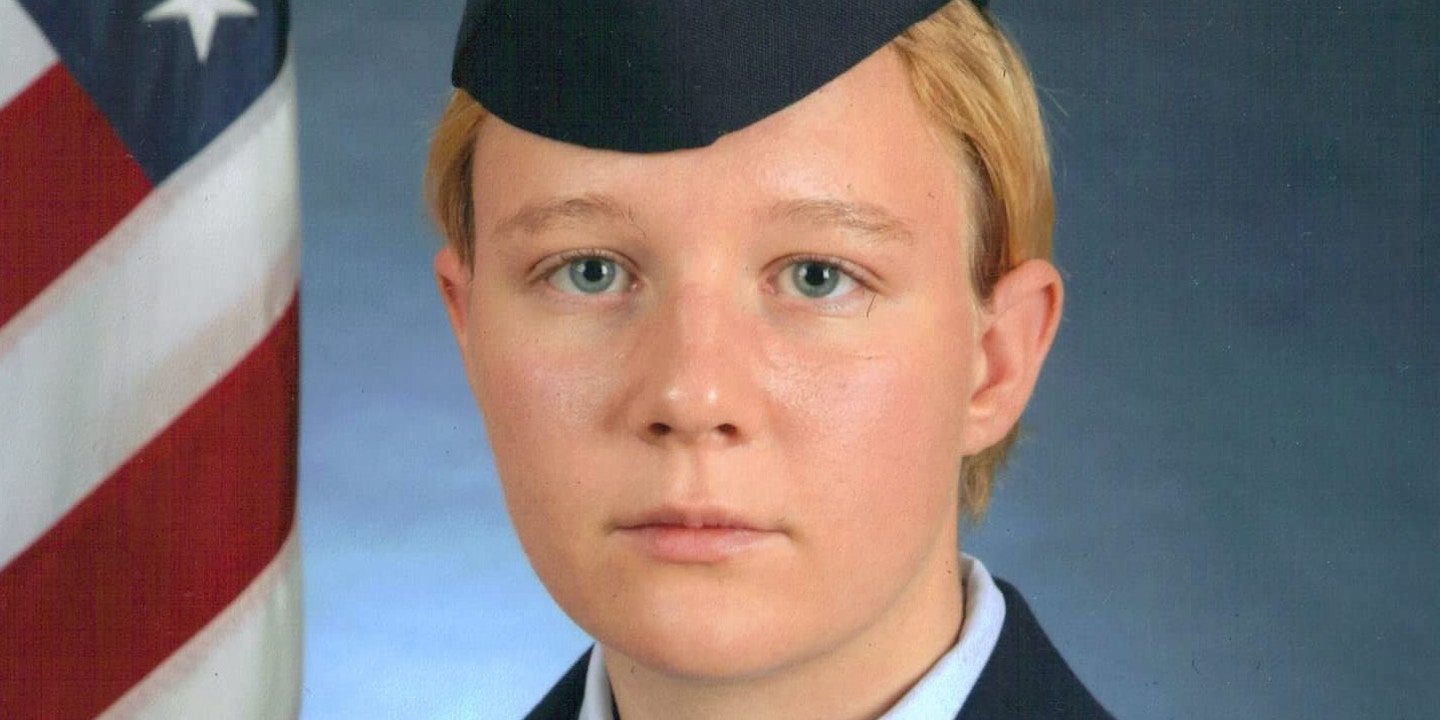 By this weekend, Reality Winner, the former NSA contractor accused of releasing national security information to the media, will have been in jail for more than a full year without being convicted of a crime. Her trial, originally scheduled for October 2017, has been pushed back multiple times and is now on the docket for October 2018. It’s anyone’s guess whether the case will drag on even longer.

Something curious has happened along the way: Winner’s case fell out of the public consciousness. National media pays scant attention to her plight, and many advocates from the left to the center of the political spectrum — all of whom should have ample reason to loudly protest the many injustices in her case — have been largely silent.

Winner is caught between two camps — a whistleblower without a constituency.

Winner, unfortunately, is caught between two camps — a whistleblower without a constituency — even as her alleged transgression proved a pivotal moment in the hot-burning media story of the investigation into potential attempts by Russia to interfere in the 2016 election.

Winner’s arrest — for leaking a document that media reports have said was the subject of a June 5, 2017, story at The Intercept — was the opening salvo of the Trump administration’s promised crackdown on leaks. (The Intercept has stated it has no knowledge of the source’s identity; its parent company, First Look Media, has contributed to her legal defense through its Press Freedom Defense Fund.) Winner received wide coverage at the time of her arrest in June 2017. Since then, however, the coverage has fallen off sharply, even though media organizations should have an incentive to extensively cover, and even protest, such leak prosecutions as an affront to press freedom.

Some local media in Georgia — not least the Atlanta Journal-Constitution, the leading large paper near the site of the trial — have been regularly covering the case. But, aside from a profile in New York Magazine, there has been virtually no substantial national coverage of Winner’s case. At most, Winner might garner mentions in occasional brief write-ups when the judge rules against her defense team, which has happened with virtually every major motion Winner’s lawyers have put forward.

Meanwhile, the story of Russian interference in the election has dominated front-page headlines for a year. Despite being consistently the most covered news story of the Trump presidency — with a seemingly avid readership — a whistleblower accused of releasing a top-secret National Security Agency document that gave the public an unprecedented window into how U.S. intelligence agencies think Russia tried to interfere has been all but forgotten.

The unfortunate silence on Winner’s case runs through political circles as well. Winner’s cause has been largely neglected by many political advocates — both on the left, which usually shows strong support for whistleblowers targeted by the U.S. government, and on the moderate and liberal wing of the Democratic Party, which has trumpeted the Russian interference scandal as the crime of the century.

The lack of attention from the media and the political establishment has dampened activism. The Stand With Reality campaign has struggled to garner donations to support her legal and public defense, and group has barely 2,000 Twitter followers. (I helped start the Stand With Reality campaign, but am not involved in day-to-day operations.) This is in contrast to whistleblower Chelsea Manning’s advocacy campaign, which was able to raise over half a million dollars for her legal defense, or the effort to pardon Edward Snowden, which was the topic of many of the country’s leading newspaper editorial boards.

To be sure, there may be many reasons for this discrepancy, not all that have to do with apathy. Manning and Snowden released many documents that made worldwide headlines for months or years after their initial leaks, and Winner is only accused of leaking one document. (In some sense, Manning and Snowden are also exceptions; the plight of many whistleblowers is to be forgotten by the media.)

Yet politics also likely play a role in the dearth of attention paid to Reality Winner. It should go without saying the American right doesn’t support Winner, often referring to all leakers as “traitors” — unless it’s one of their own. But for other political groupings, it’s worth considering why they have been so quiet on the case of this embattled whistleblower.

For activists on the left, many are skeptical of centrist and Democrats’ obsession with the Russia story, believing that it takes attention away from issues like health care and minimum wage that directly affect millions of Americans’ lives. Playing into hysteria surrounding Russia, anti-war activists have posited, contributes to already dangerous relations between the two nuclear-armed superpowers. While these issues haven’t led to any significant criticisms of Winner, they could explain the lack of enthusiasm around her case.

None of this is to say that no one on the left has supported Winner — Kevin Gosztola at ShadowProof, for example, has covered the case extensively and Marcy Wheeler at the indispensable Emptywheel blog regularly analyzes court documents. This weekend, to mark the anniversary of her imprisonment, progressive groups like Roots Action and Demand Progress are planning to raise awareness about Winner’s case.

No political group’s failure to take up Winner’s cause is more galling than the liberal establishment’s.

The fact that Winner’s leak involved alleged Russian interference, however, shouldn’t preclude anyone on the left from realizing Winner’s case is a miscarriage of justice. While Gen. David Petraeus and other powerful Washington figures have gotten off with a slap on the wrist for leaking classified information, Winner remains behind bars after being denied bail on extremely dubious grounds. Up until last month, when lawyer Alex van der Zwaan reported to prison to serve a 30-day sentence related to making false statements in the special counsel investigation, Winner was the only person with any relation to the Russian interference scandal in jail — and she has been there for a year.

No political group’s failure to take up Winner’s cause is more galling than the liberal establishment’s. Anti-Trump to the core, this group seems to consider Russian interference in the election as the crime of the century. Yet many of the characters obsessing over the issue have shamefully ignored Winner’s case almost entirely.

Liberals and centrists tend to blindly accept the government’s view of leaking of classified documents — that anything deemed “classified” would cause harm to national security if it was released — while trumpeting many stories in the New York Times and Washington Post about Russia that contain confidential or classified information. It does not seem to bother many of them that the government constantly overclassifies all sorts of information, and their drumbeat about “harm” to national security is almost always exaggerated and easily proven false.

To make matters worse, liberals and moderates have also become enchanted with former intelligence officials — many of whom have appalling ethical records of their own — and some of whom have also leaked classified information while on the job for their own benefit. This resurgent reverence for national security authorities may make liberals and centrists less likely to question the line pushed by the intelligence community that sources to journalists are somehow a danger, rather than stewards of a public service.

Amid the liberal rehabilitation of these former intelligence officials, few Democrats consider the hypocrisy of leaving Winner to rot while a flood of leaks — from intelligence sources, along with many others — has been vital in holding the Trump administration to account. The hypocrisy of Democratic Sen. Mark Warner is a case in point: As vice chair of the intelligence committee, Warner has called for transparency on all evidence of Russian hacking — but also supports the prosecution of Winner.

These Democrats and anti-Trump centrists should know better than anyone, thanks to the Hillary Clinton email server scandal, how warped and broken our classification system is — that the “national security risks” proffered by the intelligence community rarely, if ever, hold water. It should be obvious that no one should be prosecuted for trying to alert the public about potential vulnerabilities in our electoral process. The specifics of Winner’s case — its importance to a huge national news story, the particulars of the document she is accused of releasing, and even the charge she is facing — should, by any light, make her case a prominent national issue.

Winner is being prosecuted under the Espionage Act, the draconian, 100-year-old law that precludes anyone charged under it from arguing that any documents leaked to the press were in the public interest. Every prosecution of a whistleblower under the Espionage Act — a law meant for spies and not journalistic sources — should be vigorously protested. The restrictions bind defendants’ hands, often forcing guilty pleas, irrespective of motive, the public benefit of their leak, or the complete lack of “damage” to national security.

Moreover, whether it is Russia or any other actor attacking election infrastructure, election security should be a paramount issue for people across the political spectrum. For more than 15 years, security experts have been decrying the awful security surrounding electronic voting machines, shady election vendors making millions off of faulty technology, and the substantial potential for abuse by actors both foreign and domestic. Experts have been hacking voting machines to raise the alarm about election security since the internet has existed.

Russia hasn’t even been accused of changing any votes on any voting machines, but it has been accused — in part because of the document published by The Intercept — of trying to access voter registration rolls. Nonetheless, sounding the alarm about election integrity is not a Russia issue; it’s an American issue that leaves everyone’s vote susceptible to potential manipulation by countless bad actors, both foreign and domestic, in future elections.

There is no doubt that the document allegedly released by Winner served the public interest. Election officials in North Carolina have publicly stated they started an investigation into voter roll compromise based on the document that Winner is accused of releasing. One county official in North Carolina told NPR, “When you have a leaked memorandum indicating that there may have been a vulnerability about which you were not aware at the time, you’re going to want to try to confirm that there was no actual interference.”

A few weeks ago, a Senate report suggested multiple states were alerted to potential hacking attempts by The Intercept’s report before the government itself actually told them. This is information that should have immediately been declassified. The idea that someone should be prosecuted for releasing it should be an outrage — especially now that the federal government and states are now discussing it so openly.

If the world were just, Reality Winner would be the poster child for these Democratic political advocates. Instead, she is forgotten. They, above all else, should see that no one should be sitting in jail for years for giving information in the public interest to journalists.