European fans celebrate World Cup teams stacked with the descendants of immigrants, but xenophobia is rampant across the continent. 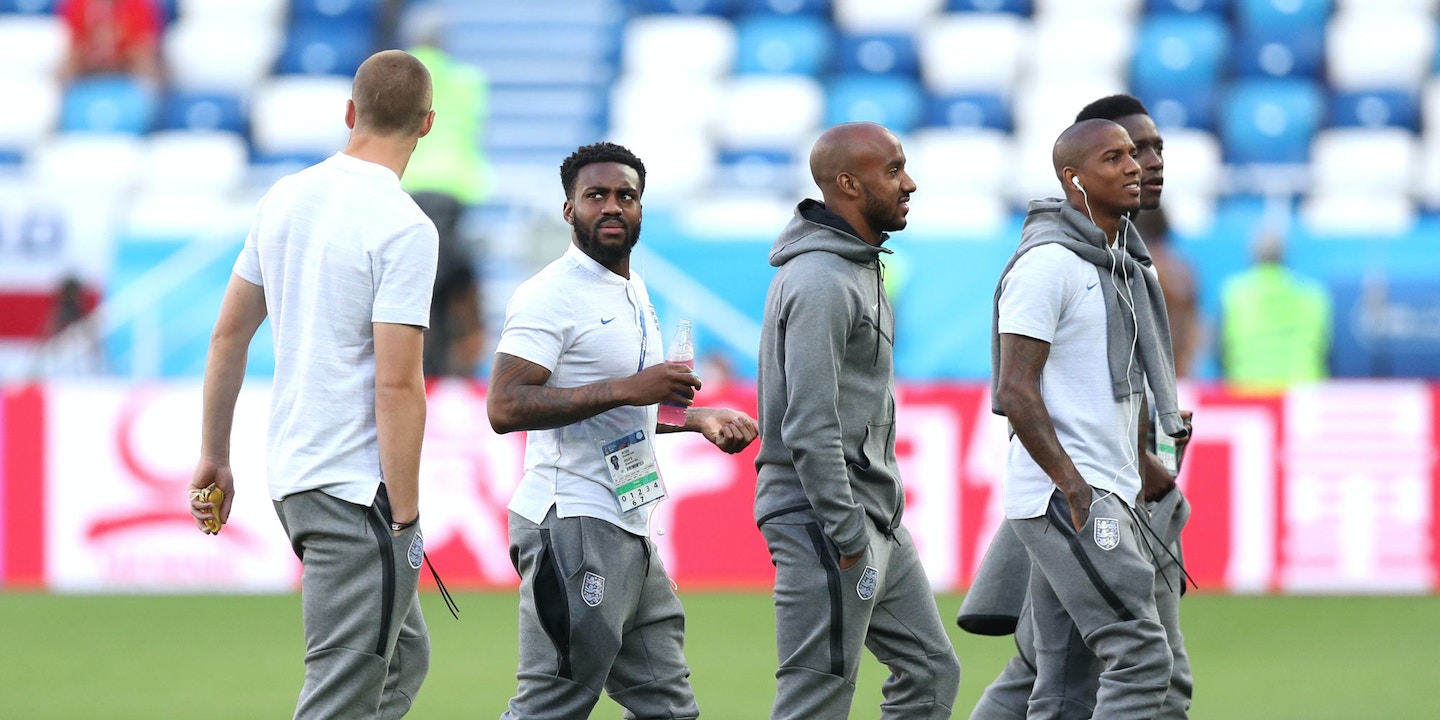 I was scrolling through my Twitter feed last week, when I came across the following message: “who r u rooting for: the colonial black team or the diaspora black team.”

The message, referring to a World Cup match between France and Peru, had been retweeted by a former colleague. Annoyed, I wrote back, “Let’s just enjoy the football. This thing of seeing race in everything is exhausting…” She put me in my place: “I actually really like this question! Besides, not seeing race in everything is not a privilege I have. And it actually makes the matches *more* interesting for me.”

She was right, of course. I’ve written about the dynamics of race and sport in the past, and I’ve read analyses about the impossibility of separating the two by countless others. But this time, I told myself I would forget about the negativity, at least for those three weeks, and focus on the sport. The Twitter exchange reminded me that that’s pretty hard to do.

On Thursday night, when England faced Belgium in the World Cup — my former home facing off against the country where I currently live — I couldn’t help but notice race.

On the English side, at least nine out of 23 players were of Caribbean or African descent. It is the most ethnically diverse group to ever represent the country in the tournament.

Away from the soccer pitch, the reality is starkly different.

The Belgian team is not far behind. The 24-man squad comprises 10 sons of immigrants. Other European teams that are thriving in the competition – France, Portugal, and Switzerland – are similarly diverse. Watching them take to the field, one would think that we on this side of the Atlantic Ocean live in a borderless utopia. (Belgium defeated England 1-0, and both teams advanced to the round of 16.)

But away from the soccer pitch, the reality is starkly different. As England and Belgium prepared to face each other on Thursday, European leaders gathered in the Belgian capital, Brussels, to discuss a number of issues. Chief among them was migration, as the European Union tries to keep migrants out, hoping to avoid a repeat of 2015, when hundreds of thousands of asylum-seekers arrived at Europe’s shores.

Following weeks of diplomatic wrangling, EU member states reached a deal on Friday to establish secure centers in a yet-to-be-determined set of countries to process asylum claims. If rescued migrants establish that they meet the requirements for asylum, they will be resettled in the EU countries that agree to take them.

Italy, the entry point for thousands of African migrants who cross the Mediterranean Sea in overcrowded boats, has been pressuring other European nations to share the “burden.” Angela Merkel, the German chancellor who is a sort of godmother to the European family, is under pressure from her own government to stop new arrivals.

This clamor to keep migrants out of Europe reached a zenith in the summer of 2016, when Britain voted to leave the European Union. Brexit supporters believe, among other things, that leaving the bloc is the only way for the British government to regain control of its borders.

For immigrants and their descendants in the United Kingdom, the Brexit referendum brought back memories of a not-so-distant past, when black and brown people across the country were conspicuously made to feel unwanted, giving racists carte blanche to spew their hate. “The environment after the referendum has made racial and ethnic minorities more vulnerable to racial discrimination and intolerance,” said Tendayi Achiume, the U.N. special rapporteur on contemporary forms of racism, racial discrimination, xenophobia and related intolerance.

Raheem Sterling, the Jamaican-born Manchester City and England midfielder, can attest to that. He has been the target of a vicious campaign by The Sun newspaper, a right-wing British tabloid and the country’s most popular daily. The Sun’s latest stunt: phoning up anti-gun groups asking if Sterling should be banned from the World Cup for getting a tattoo of a machine gun on his leg. It didn’t work. Sterling is in Russia playing for England as I write this.

I lived in London for 14 years, but growing fed up with the Brexit talk and feeling the country was taking a turn for the worse, I accepted a job offer in Brussels two months ago.

But it hasn’t been all rainbows and butterflies. I quickly realized that here, too, in the heart of Europe, in the shadows of the continent’s most prestigious institutions and the European diplomatic bubble, lives a sizable, struggling African underclass. This is the same African diaspora that Belgium’s center forward Romelu Lukaku was born into.

There is an obvious contradiction in the way Europe treats its immigrants.

In a touching piece for the Players’ Tribune earlier this month, Lukaku talked about growing up in abject poverty in Liège, a midsize town in the east of Belgium: of the days with no electricity, no hot water, no food. When things weren’t going well for the team he played for as a teenage striker, he was referred to as a player of Congolese descent. Today, as he represents Belgium on the world stage, he is embraced by a legion of Belgian football fans who’ve accepted him as one of their own.

There is an obvious contradiction in the way Europe treats its immigrants. Not even the most avid xenophobe can deny their contributions to building the continent’s social patrimony in the wake of its wars. Caribbeans and South Asians provided crucial labor to build Britain’s beloved National Health Service when the country was in desperate need of health professionals. In the 1950s, Turkish workers arrived in Germany to fill the demand for cheap labor in a booming post-war economy.

Fast-forward to 2018, and Europe risks tearing itself apart over the issue of new arrivals. The irony, of course, is that immigrants come to Europe because Europe went to them first. The only reason we have a Lukaku is because Belgium colonized Congo for 52 years, leaving a legacy of war and human suffering that persists to this day. Many of the Congolese who were able to escape the horrors of their home settled in cities all over Belgium. In Jamaica, Sterling’s place of birth, the population is still feeling the effects of more than 300 years of British enslavement and colonization.

People like to look at sports as a beacon of hope in a world that feels hopeless. But I tend to see athletes as belonging to another world entirely. The same English fans cheering on Sterling at the World Cup are perhaps the same ones who voted for Brexit in 2016. Lukaku is now adored in Belgium, where he was born 25 years ago. But it wasn’t that long ago that he would come on the field as a youth player and be confronted by the parents of the opposing side, demanding to see his ID.

As Europe faces an identity crisis, it needs to accept the fact that there are countless Lukakus and Sterlings among us, contributing to every level of society. Embracing immigrants for three weeks when the World Cup comes knocking every four years is just not good enough.

Top photo: Danny Rose of England speaks with teammates during a pitch inspection prior to the 2018 FIFA World Cup Russia group G match between England and Belgium, on June 28, 2018, in Kaliningrad, Russia.