Republicans Who Oppose Net Neutrality Could Pay the Price in November, According to New Poll 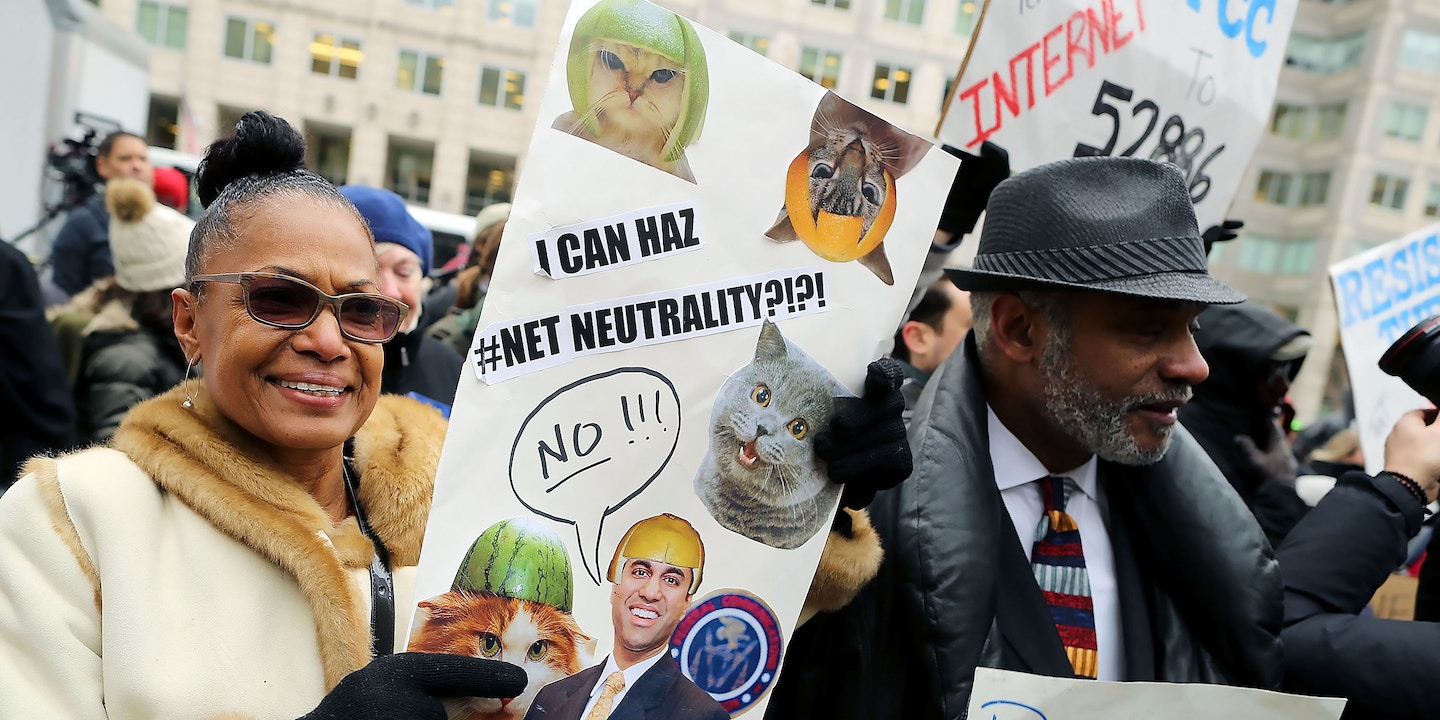 Republican support for the repeal of net neutrality protections may cost lawmakers in key competitive seats, according to a recent survey conducted by Republican pollsters tied to party leadership.

In June, the Federal Communications Commission, under the leadership of President Donald Trump-appointed chair Ajit Pai, finalized the repeal of net neutrality — a rule designed to prevent internet service providers like AT&T and Comcast from blocking or slowing down access to websites or streaming services.

But a poll from a surprising source suggests that unless House Republicans call for reinstating net neutrality, they could pay a political cost.

The poll asked voters in battleground districts in California, Colorado, Florida, and New York about their stance on net neutrality and whether their congressperson’s position on internet freedom would affect their support. The pollsters found that “voters overwhelmingly say they support net neutrality.” Crucially, the survey also found that support for net neutrality would be a significant factor for a majority of undecided voters in making their final decision on election day.

That could spell trouble for vulnerable Republicans who have refused to back a legislative maneuver, known as the Congressional Review Act, designed to reverse the FCC’s decision to repeal net neutrality.

In every district, a broad cross section of voters said they support net neutrality protections.

But what might be particularly concerning to House Republicans — and the cable and wireless internet industry — is the finding that independent and undecided voters together represent a majority that views net neutrality as an important right worth retaining.

When polled, voters said net neutrality is an important issue in the midterms. The results below reflect the answer to the question: “How important will an issue like net neutrality be when making your final decision on who to vote for in the November election for Congress?”

The poll was sponsored by the Internet Freedom Business Alliance, a coalition of companies and trade groups that support net neutrality.

Internet service providers mobilized massive political resources into blocking net neutrality when it was proposed by the previous administration, and also into repealing it under Trump.

Verizon, AT&T, Comcast, Time Warner Cable, and other ISPs retain a legion of lobbyists on Capitol Hill in order to influence lawmakers. But they have also used payments to third-party groups — from tea party firebrands to Asian-American civil rights activists — to build a coalition of organizations that presents the appearance of grassroots opposition to net neutrality.

So far, the discharge petition to force a vote on reversing net neutrality repeal only has 177 signatures — far below the 218 needed to trigger a vote on a Congressional Review Act measure to roll back Pai’s repeal.

Top photo: Demonstrators rally outside the Federal Communication Commission building in Washington D.C. on Dec. 14, 2017, to protest against the end of net neutrality rules.