Brett Kavanaugh Also Lied About His Rulings on the Environment 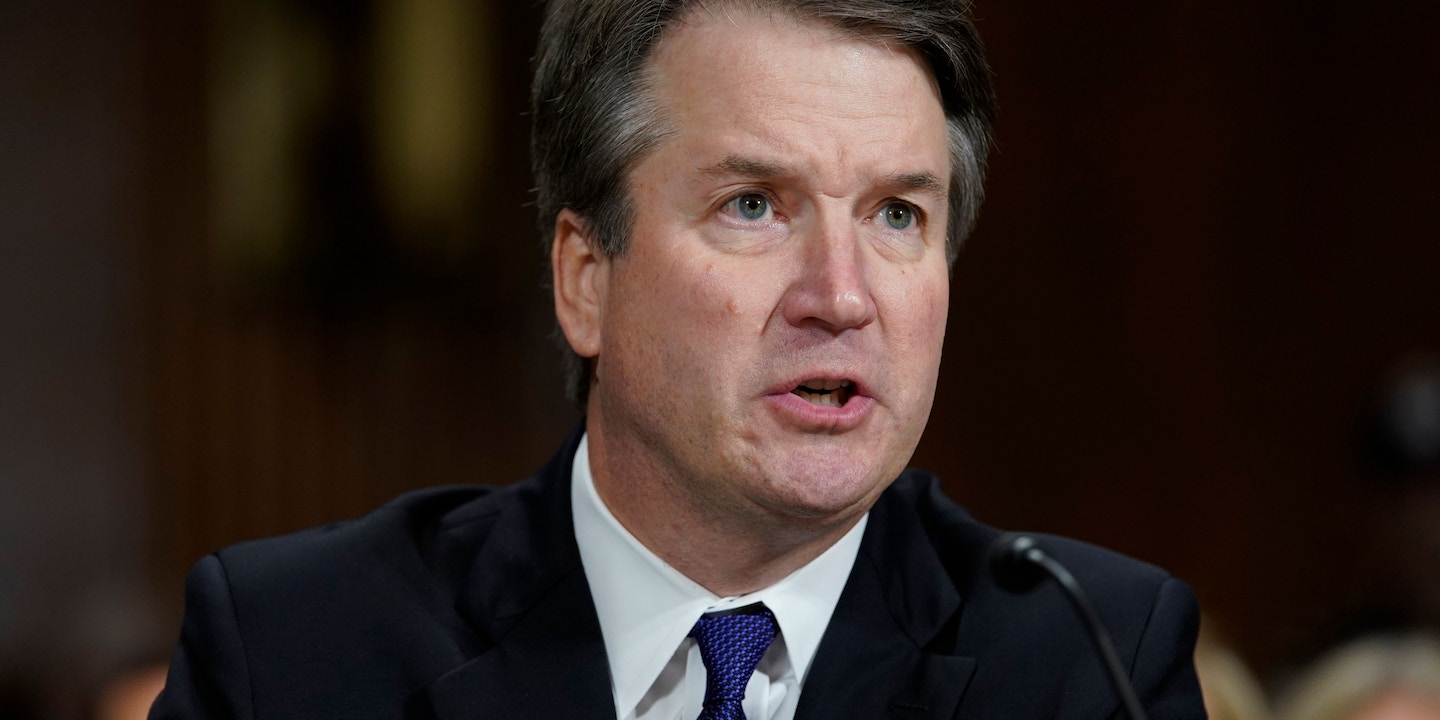 Brett Kavanaugh has made any number of claims that defy belief: that spicy food, and not drinking, caused him to vomit in high school, for instance; or that he called himself a “Renate Alumnius” in his high school yearbook as a tribute to the girl in question, and not as a boast that he’d had sex with her. While such questionable statements set off the b.s. detectors of pretty much anyone who has attended high school, they are hard to definitively disprove. Kavanaugh’s claims about giving environmental issues a fair shake while on the court, on the other hand, can be easily fact-checked against the judicial record. And when they are, they come up short.

When testifying before the Senate Judiciary Committee on September 5, Kavanaugh listed several cases in which he upheld environmental regulations, including “the Natural Resources Defense Council case versus EPA, a ruling for environmentalist groups,” as he put it.

Yet, in that case, which was decided by the D.C. Court of Appeals in 2014, Kavanaugh ruled against three of four challenges brought by the Natural Resources Defense Council and the Sierra Club. The judge rejected the environmental groups’ primary argument that the Environmental Protection Agency’s limits on lead, arsenic, chromium, and soot pollution from cement plants were too weak. He also rejected another legal challenge the groups posed to the EPA’s pollution limits. And Kavanaugh’s ruling also sided with industry in giving cement companies a two-year extension to pollute above the limits that the environmental groups already felt were too weak. It was only on one procedural point that Kavanaugh agreed with environmentalists — one that wasn’t “especially environmental,” according to John Walke, a senior attorney for NRDC, who argued the case in front of Kavanaugh.

Walke was watching the testimony in his office when Kavanuagh began talking about the case in the Senate hearing. “My immediate reaction was, I thought I had misheard him,” said Walke, who directs NRDC’s clean air program. “But as he kept talking, I realized he was talking about my clean air case before him. And then, I honestly could not believe that a federal judge and Supreme Court nominee was misrepresenting my case to U.S. senators in order to bolster his environmental credentials.”

Walke quickly got on Twitter and began countering Kavanaugh’s interpretation of the case. “Judge Kavanaugh ruled squarely against ‘environmentalists’ interests’ on the substance of the weaker toxic pollution limits & the 2-year compliance extension—what mattered most to public health & the environment,” he wrote.

While that characterization went unchallenged by senators, an analysis by the environmental law firm Earthjustice found that of 26 EPA-related cases in which Kavanaugh wrote opinions, the judge came down on the side of rolling back protections for clean air and water 89 percent of the time. Eighteen of those cases dealt with EPA rules on water and air specifically, and in 16 of them, Kavanaugh’s position would have resulted in less protection and more pollution, the analysis found.

When it comes to wildlife, Kavanaugh’s record is even worse, according to an analysis by William Snape, senior counsel at the Center for Biological Diversity. In his 12 years on the federal bench, Kavanaugh had a say in 18 decisions affecting wildlife; taking split decisions into account, he ruled against the animals 96 percent of the time, according to Snape. For comparison, Snape also ran the numbers for Judge David Sentelle, a conservative, who ruled against wildlife 57 percent of the time, and Judge Merrick Garland, a moderate, who came down against wildlife 46 percent of the time.

“On all the opinions he wrote, there’s absolutely a discernible anger and bias against wildlife,” said Snape, who estimated that he has read at least 120 of Kavanaugh’s opinions. “It’s always couched in this industrial interest. And this little bear or frog is not going to get in the way.”

President Donald Trump has also acknowledged Kavanaugh’s pro-industry bias, touting it as qualifying him for the nation’s highest court. In a July email to industry stakeholders, the president wrote that “Kavanaugh helped kill President Obama’s most destructive new environmental rules” and that he had “overruled federal regulators 75 times on cases involving clean air, consumer protections, net neutrality and other issues.”

Among Kavanaugh’s many opinions that haven’t pleased environmentalists is one that struck down an EPA rule limiting air pollution that crosses state lines. The Supreme Court ultimately upheld the rule, which the EPA estimated would prevent up to 34,000 premature deaths each year. In a case over whether coal companies can dump waste into streams, Kavanaugh dissented from the other justices and sided with the companies. And in a decision from last year, Kavanaugh ruled that the EPA exceeded its authority when it tried to regulate HFCs, climate pollutants that are used in refrigeration and air conditioning.

With several big cases heading to the Supreme Court and the Senate barreling toward a vote on Kavanaugh, environmentalists are alarmed by his record. For only the second time in the past 25 years, NRDC came out against the nomination of a Supreme Court nominee, telling Sen. Chuck Grassley and Dianne Feinstein that Kavanaugh’s nomination “poses a unique threat to the principles and public resources we defend.”

But Kavanaugh’s characterization of his positions may be as big of a problem as the rulings themselves. “He lied. He abjectly lied,” Snape said of Kavanaugh. “And if he’s going to lie about his record on environmental cases, what’s he not going to lie about?”

Presumption of Innocence Is for Privileged Men Like Brett Kavanaugh, Not Laquan McDonald or the Central Park Five