The political action committee’s odd spending decisions are a window into the absurd campaign finance world ushered into existence by Citizens United. 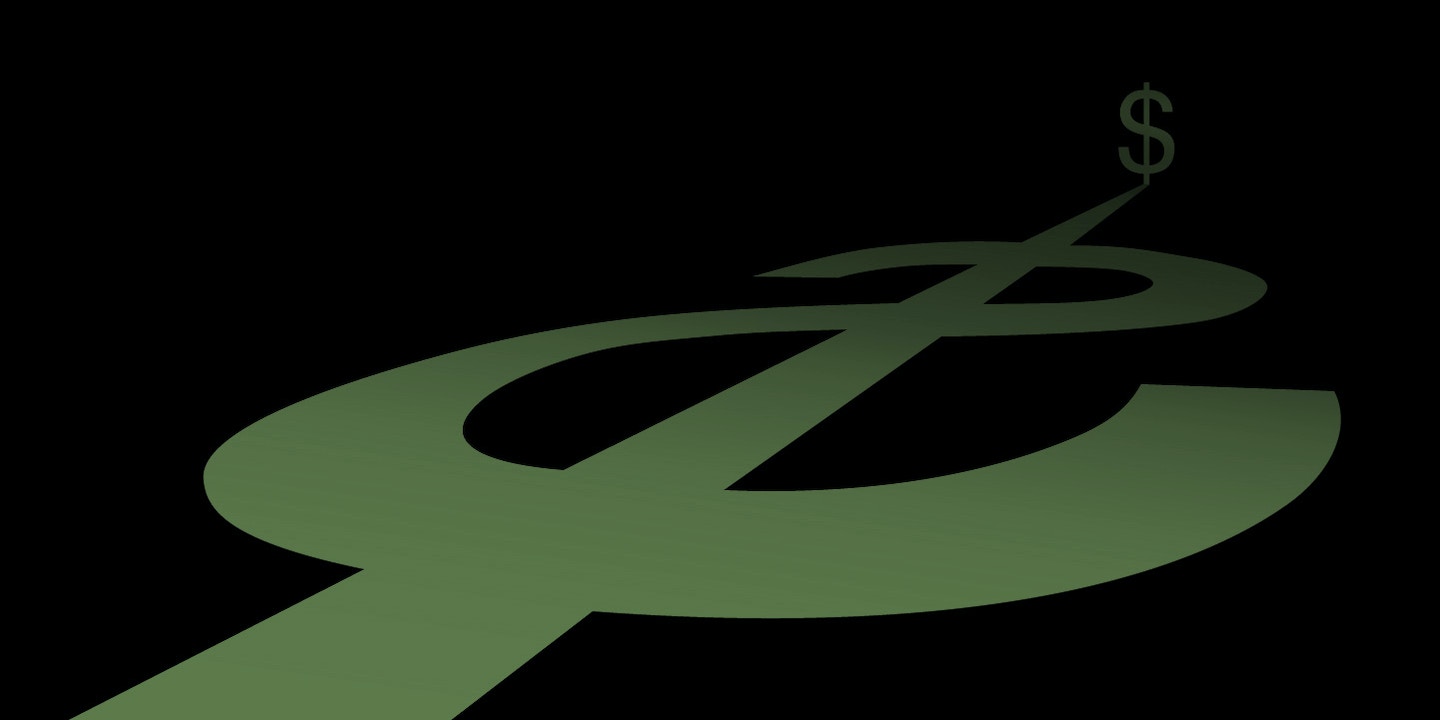 For the first time since he was elected statewide in Delaware in 1976, Sen. Tom Carper faced a political scare this summer, when an insurgent challenger picked up late momentum by highlighting Carper’s fealty to corporate interests over the people of the state.

The insurgent, Kerri Harris, ended up with 35 percent of the vote in the September primary, ultimately swamped by record-setting turnout that included hordes of Democrats who hadn’t heard of the Air Force veteran, community organizer, and electoral novice.

That was largely a function of money — or rather, Harris’s lack thereof — stacked up against Carper’s decades of public service in the state. She waged a robust grassroots campaign with the backing of Justice Democrats, the group that helped Alexandria Ocasio-Cortez’s campaign eclipse that of New York Rep. Joe Crowley. Still, Carper massively outspent Harris, $2,431,733 to $120,540.

It turns out that there was an eccentric Super PAC waiting just over the hills that could have stormed in and changed the tide in Harris’s favor.

That calvary that never rode goes by the name of Patients for Affordable Drugs, or P4AD, and it elected to hold its fire against Carper until after he had eased through the primary. Now, as he faces a negligible challenge in the general election, the Super PAC has unloaded, releasing attack ads against the incumbent. The same group is also spending money against Rep. Anna Eshoo, a California Democrat who is running effectively unopposed. Meanwhile, the group is also backing Democrats in other races who have decent chances at victory.

P4AD’s super PAC, P4AD Action, is spending $8.1 million on seven races this cycle, the group said. In three of those, the group is going up against Republicans, spending enough money to potentially affect the final outcome and elect a Democrat. In the two races where it is attacking Democrats, P4AD is essentially throwing money away, since the incumbents have no real opposition in their general elections. The group is also supporting a red-state Democrat in a tight Senate race for re-election, where the money will matter, as well as a House Republican with a 30-point advantage who doesn’t need the cash infusion.

The political action committee’s odd spending decisions are a window into the absurd campaign finance world ushered into existence by the 2010 Citizens United v. FEC ruling made by Chief Justice John Roberts and the four other Republicans on the U.S. Supreme Court.

Through those floodgates has rushed John Arnold, a billionaire trader who made his fortune at Enron and then as a natural gas speculator. He provides 99 percent of the funding for Patients for Affordable Drugs Action, P4AD’s political wing, with the ostensible purpose of pressuring lawmakers to drive down prescription drug prices.

Patients for Affordable Drugs touts itself as a bipartisan organization, which means that come election time, it needs to spend money targeting both Republicans and Democrats.

Why on earth would an organization spend money against a Democratic candidate it has no chance of beating? P4AD touts itself as a bipartisan organization, which means that come election time, it needs to spend money targeting both Republicans and Democrats. The Democrats being targeted by P4AD are virtually guaranteed to win re-election, which allows the group to claim a bipartisan label without actually harming any Democratic incumbents. (A P4AD spokesperson defended the group’s spending decisions, saying they were made based on a candidate’s voting record, not partisan affiliation.)

P4AD is run by David Mitchell, a veteran of GMMB, a Democratic lobbying and public relations firm. For its spending against Republicans who have virtually no chance of defeating their Democratic opponents, P4AD appears to be using GMMB as a consulting firm, while relying on GOP firms for the rest of its spending, according to Federal Election Commission records. (FEC records list payments from P4AD to an entity called “Pier 91 Media” in Washington, D.C. A Google search of the company’s name returns information on a Texas firm, and nothing else. But the P4AD address on an FEC filing is identical to GMMB’s Washington, D.C., address.)

To be sure, the group has found a ripe target in Carper, as he has been one of Big Pharma’s reliable Democratic supporters.

In Delaware, P4AD appears to have put out a survey in the field during the primary, according to people who heard about it from voters. Drew Serres, Harris’s campaign manager, said he got wind of the survey at the time, but had no idea who was behind it. But the questions it asked lined up neatly with the attacks that P4AD later ran against Carper, who now faces an ineffectual opponent in a state that hasn’t elected a Republican senator since 1994.

Carper’s opponent, Robert Arlett, isn’t exactly turning heads across the state; a Navy veteran from Sussex County, Arlett has raised only $78,310 for the 2018 cycle. If nothing else, he’s fomenting the fracturing of the state GOP. Peter Kopf, a member of the Delaware GOP executive committee, recently resigned from his position as chair of the New Castle County Republican Committee, citing information about Arlett that “will eventually derail his candidacy,” according the Delaware News Journal.

But P4AD Action, which sat dormant when Carper faced a real challenge in the September primary, is now spending $1.4 million in mail, digital, and TV ads to target the three-term senator.

P4AD, launched in 2017, is a nonprofit whose principal funding comes from Action Now Initiative, a 501(c)(4) organization run by Arnold and his wife, Laura. P4AD describes itself as bipartisan, and it has a record of targeting both Republicans and Democrats. But the group is now pitting its resources against Democrats in traditionally safe seats. In an election year as consequential as 2018, why waste resources?

Even if they won’t tip the scales of the race, P4AD Executive Director Ben Wakana said the ads against Carper have educational value. “The people of Delaware deserve to know that Tom Carper has done the bidding of drug companies for a long time,” said Wakana, a former spokesperson for the Obama administration’s Department of Health and Human Services who also served as Barack Obama’s 2012 press secretary in New Hampshire. “And whenever someone is willing to expose his ties to drug companies, [it] is worth doing, because he needs to do better on this issue. People should push him, not during any specific time, but every chance they get. … That is something that is worth doing.”

P4AD has found an equally safe Democrat in California to oppose. The group is spending $500,000 on ads opposing Eshoo, the incumbent in the state’s solidly blue 18th Congressional District. The prognosticators at FiveThirtyEight, the political polling website, estimate that Eshoo’s chances of winning are greater than 99.99 percent. Her opponent, Christine Russell, a Republican who finished second to Eshoo in the state’s top-two primary, is effectively not running a campaign. She has raised less than $5,000, which means that she’s not qualified to be listed in the FEC’s 2018 register of House candidates.

In addition to targeting safe Democrats without a clear strategy, the group is pouring out money to prop up Republicans facing meager challenges.

“I don’t believe in spending money on political campaigns. I am not accepting money from donors and I am not spending any of my own money. This is strictly a grassroots campaign,” Russell boasts on her campaign website. But she is not organizing that grassroots energy into any canvasses, house parties, or any other activity beyond what a voter might want to do on their own. “If you like what you have found out about me, I only ask for your vote and for you to become a ‘goodwill ambassador’ for me with your family, friends and colleagues residing in the 18th Congressional District,” her website reads.

The Intercept could not reach Russell’s campaign, which does not list any contact information online, for comment on the surge of Super PAC spending against her opponent.

As with Carper, if P4AD were looking for a Democrat to target who is allied with Big Pharma, the group could hardly do better than Eshoo. Over her 25-year career, Eshoo’s campaigns have pocketed more than $1.5 million from employees of pharmaceutical firms and other health care companies. In Congress, Eshoo has consistently voted in favor of the industry.

In addition to targeting safe Democrats without a clear strategy, the group is pouring out money to prop up Republicans facing meager challenges. P4AD spent half a million dollars to boost Rep. David McKinley, the Republican incumbent in West Virginia’s reliably red 1st Congressional District.

Meanwhile, P4AD is backing Democrats in races where there are real stakes, showing that P4AD does know how to play in close races. The group has spent half a million dollars backing Missouri Sen. Claire McCaskill, a vulnerable red-state Democrat and an outspoken advocate against rising drug prices, who will face off against the state’s attorney general, Josh Hawley, in November. In September, the group spent $75,640.75 on three ad buys, including television and radio spots, supporting McCaskill.

In New Jersey, P4AD spent a whopping $3.3 million on ads against Republican Bob Hugin, who is running to topple the beleaguered, albeit unyielding, Democratic Sen. Bob Menendez. The incumbent does not perfectly fit the P4AD mold: Since 2009, Menendez has voted at least five times against importing cheaper prescription drugs from Canada, and is no champion when it comes to battling the industry, which has a significant presence in New Jersey. But Hugin, a former pharmaceutical executive at Celgene, actually comes from Big Pharma.

In another House race, in Maine’s 2nd Congressional District, the group is spending $900,000 to oppose incumbent Rep. Bruce Poliquin, a pro-pharma Republican facing Democratic challenger Jared Golden. The district voted for Obama in 2012, but flipped for Donald Trump in 2016. Maine voters may remember Poliquin’s 2017 split from Sen. Susan Collins on the long-fought GOP battle to repeal the Affordable Care Act. As noted by Maine’s local Sun Journal, Poliquin has since tidied up his campaign website’s anti-ACA references.

It may sound irrational to spend $2 million on losing races simply to maintain the “bipartisan” label. But it’s all relative: John Arnold’s net worth is publicly listed at over $3 billion.

Correction: October 18, 2018
This story originally misstated some of the spending figures. The numbers have been corrected and updated to reflect spending as of October 18.