To help them decide whether to keep backing the war in Yemen, members of Congress are asking what the U.S. knew about plans to capture the Saudi dissident. 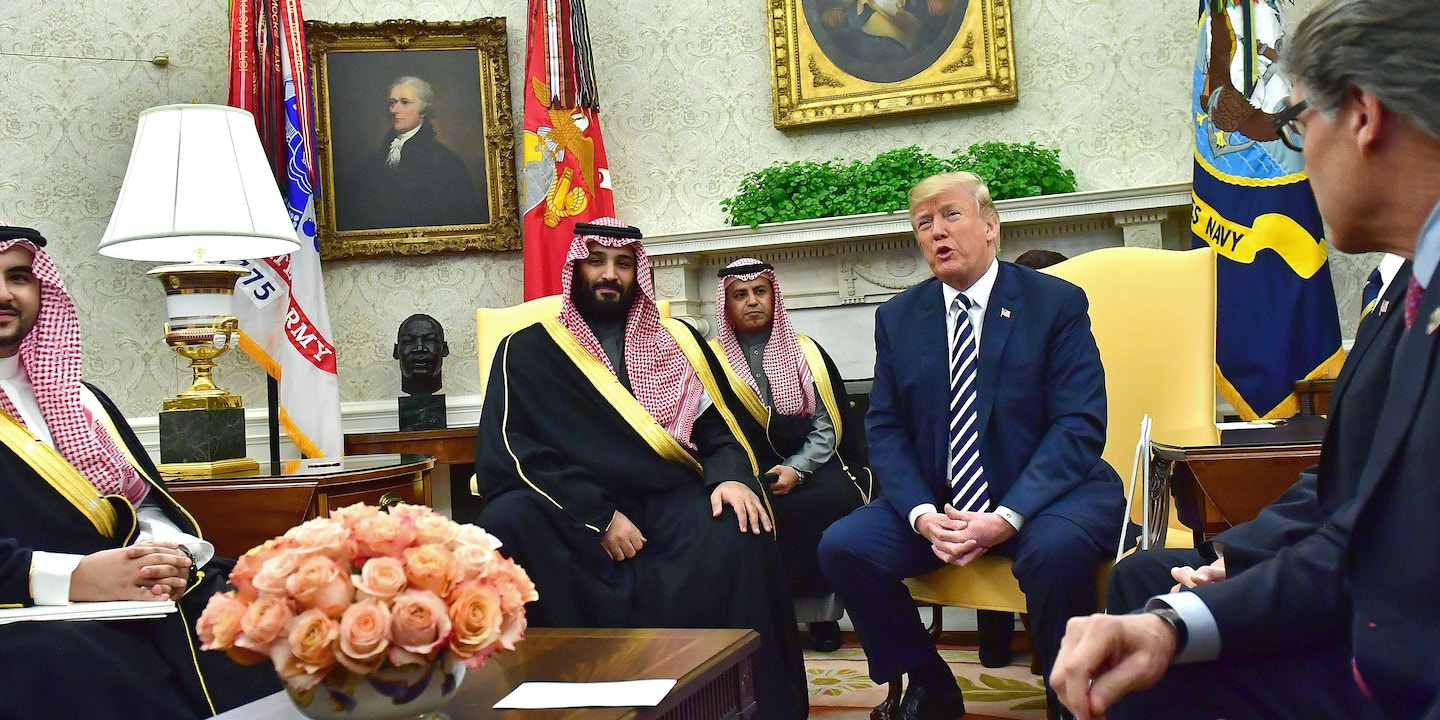 The suspected murder of Washington Post columnist Jamal Khashoggi by Saudi Arabia is pushing the U.S. government toward a major internal confrontation over its role in the war in Yemen, one that could have significant consequences for a Saudi-led, U.S.-backed intervention that has exacerbated the world’s worst humanitarian crisis.

On Monday, 55 members of Congress, led by Reps. Mark Pocan, D-Wis., and Ro Khanna, D-Calif., wrote to the director of national intelligence, Dan Coats, asking whether the intelligence community knew about a plot to apprehend Khashoggi ahead of time, and whether the U.S. government fulfilled its “duty to warn” him.

The letter — the text of which was already made public by Khanna and Pocan — states that the DNI’s answers will inform coming votes on the Yemen war. “We look forward to your timely response to our inquiry as both the House of Representatives and the Senate consider privileged resolutions this fall … which invoke Congress’s sole constitutional authority over the offensive use of force to end illegal U.S. military participation with Saudi Arabia in Yemen,” the letter reads. It also promises to “use the full force of Congressional oversight and investigatory powers” if the Trump administration does not respond.

The Post reported earlier this month that U.S. intelligence had intercepts of Saudi government officials, which showed “that the crown prince ordered an operation to lure … Khashoggi back to Saudi Arabia from his home in Virginia.” But it is not known whether U.S. officials knew of the threats to harm him, and if they did, whether they took any action to make Khashoggi aware of them as required by a 2015 intelligence community directive.

The results of the upcoming midterms may determine the significance of congressional outrage over Khashoggi’s killing. Signatories of the DNI letter include Rep. Jerry Nadler, D-N.Y., the ranking member of the House Judiciary, and Rep. Nita Lowey, D-N.Y., the ranking member of House appropriations, meaning that if Democrats take control of the House of Representatives next month, they could investigate the intelligence community’s response and potentially call government witnesses to answer in a classified hearing.

The resolution will almost certainly receive a vote in each chamber, which will be the first time Congress has voted on a measure that could cut off U.S. support for the Saudi-led intervention. Khanna told The Intercept last week that he expects the resolution to pass, and that Khashoggi’s death had “permanently damaged” the U.S.-Saudi relationship.

Unlike a similar resolution last year, this one has the support of key Democrats as co-sponsors, including Steny Hoyer, the Democratic whip, and the top Democrats on the House Foreign Relations and Armed Services committees. Last year, Hoyer whipped votes against the measure and cut a deal that watered it down — a move that seems unlikely now given Khashoggi’s killing.

A Democratic House aide, who was not authorized to speak on the record, told The Intercept that if around 30 Republicans voted with a majority of Democrats, the measure would likely pass. A second aide said that based on private conversations with Republican counterparts, he was optimistic that a substantial bloc of Republicans would vote with Democrats, especially in light of Khashoggi’s murder.

In the Senate, the picture is less clear. The Senate voted down a measure 55-44 back in March, but key Democrats appear to be changing their position, including Jack Reed, the top Democrat on the Armed Services Committee. Reed voted against the resolution in March, but told reporters Wednesday that he now supports an immediate cessation of arms sales and logistical support for the Saudi-led coalition in Yemen.

Other Democrats have suggested that as more details emerge about Khashoggi’s death, they may take a different approach. In a debate against his Republican challenger this week, Sen. Sheldon Whitehouse, another Democrat who voted against the resolution in March, said, “I am holding my powder on which is the best way to go until we know more.”

Khashoggi, a former Saudi insider who became a critic of Crown Prince Mohammed bin Salman, was last seen entering the Saudi consulate in Istanbul on October 2. After insisting for weeks that Khashoggi left the consulate and was missing, the Saudi government has admitted that he was killed, but claimed it was the result of a “rogue operation.” Regional experts have widely denounced the story as implausible, arguing that it is highly unlikely that such an operation would be carried out without the crown prince’s approval.