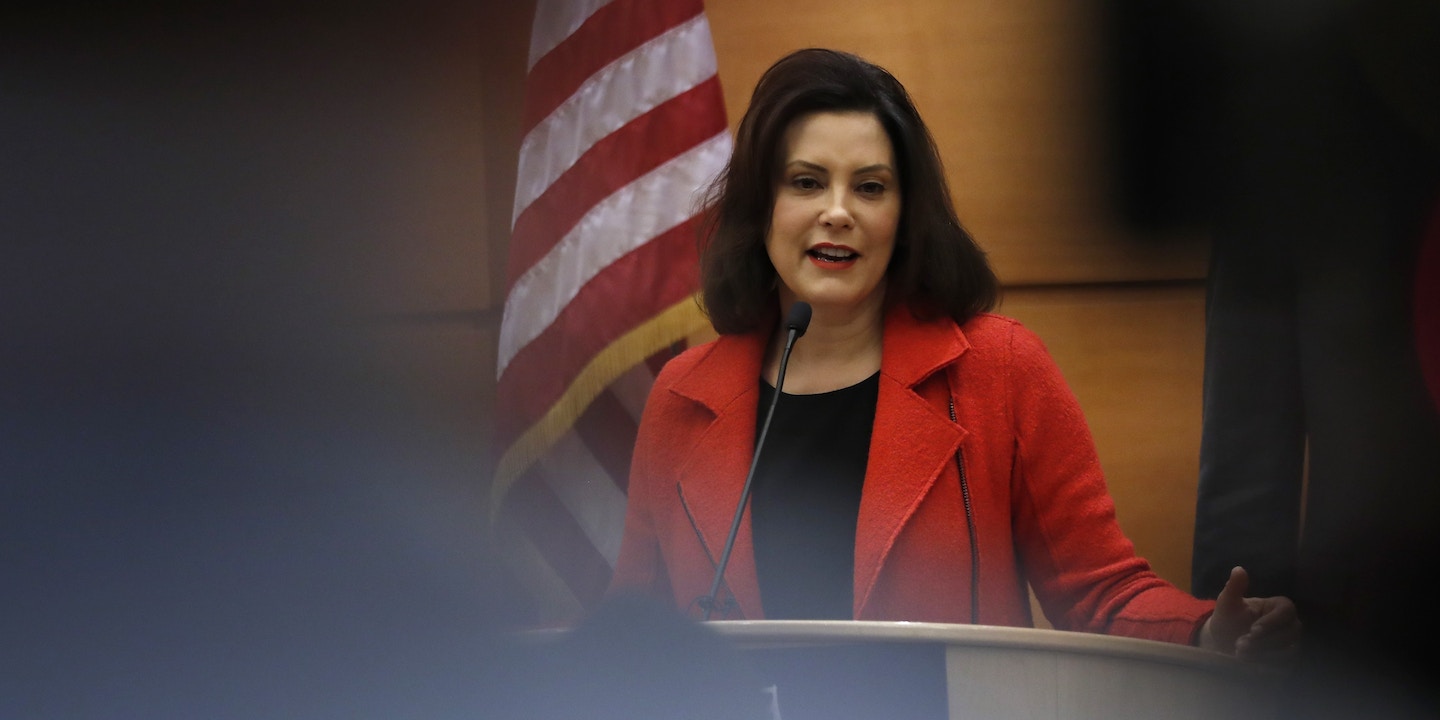 When former Michigan Senate Minority Leader Gretchen Whitmer faced a populist, progressive rival in the state’s Democratic gubernatorial primary earlier this year, she had a little help from her health insurance industry friends.

Whitmer was hosted at a fundraiser thrown by lobbyists for Blue Cross Blue Shield. She netted $144,000 during a single day at the event.

The company’s interest in the race came as no surprise, as Whitmer’s chief rival, former Detroit public health chief Abdul El-Sayed, was campaigning on establishing a statewide single-payer health care system. Essentially, he was running to put the company out of business.

But it appears that Blue Cross Blue Shield gained more than just the defeat of single payer. This week, Whitmer won the governor’s mansion, putting the state back in the Democratic column. She quickly announced the composition of her transition team.

One of the “honorary co-chairs” is Daniel Loepp, the president and CEO of Blue Cross Blue Shield of Michigan.

In a 2015 interview, Whitmer credited Loepp with being the first person to suggest that she enter politics, back when he worked in the state legislature.

During the campaign, Gretchen Whitmer — whose father is Richard Whitmer, formerly the head of Blue Cross Blue Shield of Michigan — was defensive against criticisms that she was too close to the health insurance giant. “It’s extremely sexist to say that a woman is beholden to her father’s former employer,” she told CNN.

The governor-elect’s team did not respond to a request for comment. Though Whitmer ran to the right of El-Sayed, her platform was still broadly progressive and pro-labor.

Whitmer’s transition team isn’t the only one bringing corporate interests onboard post-election. In Georgia, Republican Brian Kemp has declared victory, despite an ongoing legal effort by his Democratic opponent Stacey Abrams to chase down enough provisional and absentee ballots to take the race to a run-off.

The newly minted Robbins Government Relations Group opened October 2, just over a month before the election. In an interview with a legal publication, partner Josh Belinfante explained why the firm decided to open a lobbying arm. He emphasized the potential to influence regulations.

“A lot of our clients’ problems can be resolved through the legislative branch more easily and effectively than through the judicial branch,” Belinfante said. “Or our clients may have a win in the judicial branch that may need to be protected in the legislature — particularly clients who are highly regulated, and particularly when legislation or regulations pass that govern what they do.”

According to disclosures, Dove is not currently registered to lobby. But presumably, the firm’s clients now have a chain of communication to the man responsible for staffing the next governor’s mansion. The Intercept reached out to the firm and to Dove to ask if he would be taking a leave of absence while serving on the transition team, but they have not yet responded.