Hammond is starting his third week in solitary confinement — a duration that the U.N. says is tantamount to torture. 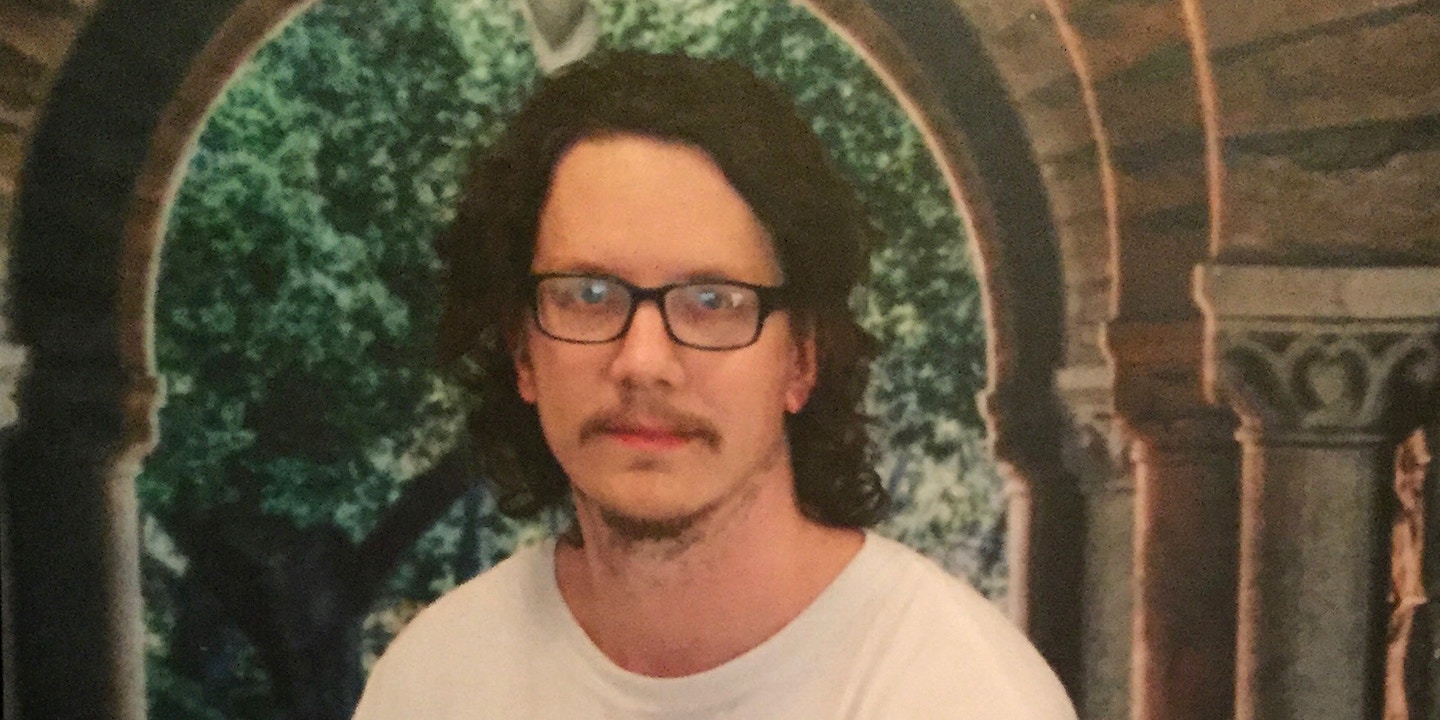 Last month, a famed hacker who has been serving a 10-year prison sentence since 2012 was accused by a guard at a federal detention center of “minor assault,” landing the so-called hacktivist in solitary confinement, according to advocates. The guard at Michigan’s Federal Correctional Institute-Milan made the accusation against Jeremy Hammond — the activist associated with hacking groups Anonymous and LulzSec and best know for hacking private intelligence firm Stratfor and leaking documents to WikiLeaks — on either November 19 or 20. Hammond has been held in solitary confinement ever since, according to the Jeremy Hammond Support Network.

The guard claims that Hammond hit him with a door, “stood his ground,” and pushed his shoulder into the guard. The head of Hammond’s support network said the prison guard’s account is an overblown. “Jeremy says that he was exiting his unit through a door that has no windows and could not see the guard on the other side, and as he’s exiting, bumped the guard with the door,” Grace North told The Intercept. “The guard immediately grabbed Jeremy and threw him up against the wall and dragged him down to solitary, with no handcuffs, without calling for backup, which is against prison protocol, and Jeremy has been there ever since.”

North’s version of events also portrays the guard as overly aggressive: After the guard was hit with the door, North said, he asked Hammond if he “wanted to go.”

“It’s absurd to classify being bumped with a door as assault and to think that an appropriate response is to subject the person who bumped you to torture.”

Hammond, who pleaded guilty to violating one count of the Computer Fraud and Abuse Act in a noncooperating plea deal, had never been part of any physical alteration since his arrest in Chicago on March 5, 2012. In 2013, Hammond pleaded guilty to hacking the private intelligence firm Stratfor Global Intelligence and other targets. The Stratfor hack lead to numerous revelations, including that the firm spied on activists for major corporations on several occasions.

Hammond’s run-in with the guard could have severe implications on his time in prison, disrupting his studies toward a higher-education degree and potentially precipitating a move from the minimum-security Milan facility to a medium-security prison.

“It’s absurd to classify being bumped with a door as assault and to think that an appropriate response is to subject the person who bumped you to torture,” said North. “This is yet another example of the wildly unchecked systems of power and abuse that are endemic to American prisons, and illustrate the need not just for reform, but the complete abolition of the entire prison-industrial complex.”

This week will mark the start of Hammond’s third week in a so-called segregated housing unit — more commonly known as solitary confinement. The United Nations has said that confinement of such length could be considered torture. “Considering the severe mental pain or suffering solitary confinement may cause,” U.N. Special Rapporteur on Torture Juan Méndez said in 2011, “it can amount to torture or cruel, inhuman, or degrading treatment or punishment.” He added that prolonged isolation for more than 15 days — around the length of Hammond’s current stint in solitary — should be absolutely prohibited because scientific studies have established that it can lead to lasting mental damage.

The charge that led to Hammond’s move to solitary confinement was upheld in a disciplinary hearing last week, which Hammond attended over the phone because he was barred from attending in person. North said that the “minor assault” charge against him is a disciplinary matter — as opposed to criminal — so Hammond was not allowed to have a lawyer. “He’s not entitled to representation of any kind,” North said. North added that Hammond was left unaware if any evidence against him was presented at the hearing, such as video of the incident. “It’s a prison, obviously there’s video of every corner of the building,” North said. “So we’re not aware if there was video shown, or if it was just the word of the guard.” The recommendation from the hearing is to transfer Hammond from FCI Milan, a low-security federal prison in Michigan, to a medium-security federal prison, according to North. (A spokesperson for FCI Milan declined to comment, citing the Privacy Act of 1974 that prohibits them from releasing information about any incarcerated people without their written permission.)

The “minor assault” charge is severely disrupting Hammond’s life in prison. Hammond has been taking college classes through a local community college that has a prison education program and was expecting to earn an associate’s degree in general studies next semester, making him part of the first class of incarcerated people to receive a college degree through the program. Since he’s been in solitary confinement, however, he has missed his classes, been unable to turn in assignments, and is unable to take his finals. “He greatly enjoys his studies, he greatly enjoys the classes he’s been taking,” North said. “Most prisons don’t offer the prison education program. Milan is one of them. It would almost certainly be guaranteed that whatever prison he was transferred to would not offer the program that Milan offers.”

In 2004, while Hammond was a freshman at University of Illinois at Chicago on a full scholarship, he hacked into the website of the computer science department, told them about it, and offered to help fix the vulnerability. In the cybersecurity industry, this is called responsible disclosure, but university administrators expelled him for it, and he never finished his degree.

If he gets transferred to a medium-security prison, Hammond will enjoy fewer freedoms than he currently does at Milan. He’ll also be farther from friends and family who right now are able to visit him frequently.

In 2011, hacktivists affiliated with Anonymous and LulzSec, including Hammond and FBI informant Hector Monsegur, also known as “Sabu,” hacked Stratfor and leaked seven and a half years of the company’s emails to WikiLeaks. At the time, Stratfor — which describes itself as “the world’s leading geopolitical intelligence platform” — had clients ranging from military agencies and defense contractors to global corporations that wanted to spy on activists.

Among other things, the hack and leak exposed how Dow Chemical hired Stratfor to spy on the culture-jamming activist group the Yes Men; Coca-Cola, a sponsor of the 2010 Winter Olympics in Vancouver, Canada, hired the firm to spy on activists associated with animal rights organization PETA, worried that they might be planning direct action against the corporation during the games; and American Petroleum Institute, the U.S. oil and gas industry lobby group, hired Stratfor to spy on Pulitzer Prize-winning investigative journalist outfit ProPublica, which in 2008 broke the first news stories about the environmental and health risks posed by fracking.

Monsegur, who was often referred to as the leader of LulzSec, was secretly arrested by the FBI on June 7, 2011. Immediately after his arrest, he began working closely with the FBI as an informant, building a case against Hammond and the other hackers associated with LulzSec and Anonymous. With Monsegur’s help, the FBI was aware of — and helped fund and participate in — the hacking of Stratfor and other targets. Monsegur provided Hammond with an FBI-owned server to exfiltrate emails and documents to during the Stratfor hack.

In a statement during his sentencing hearing, Hammond referred to his hacking as “acts of civil disobedience and direct action,” describing “an obligation to use my skills to expose and confront injustice and to bring the truth to light.” He says he had never heard of Stratfor until Monsegur — who was already an FBI informant at the time — brought it to his attention. “Why the FBI would introduce us to the hacker who found the initial vulnerability and allow this hack to continue remains a mystery,” he said at the sentencing.

Hammond is currently scheduled for release in February 2020.