The Pentagon’s assessment of 35 hostile fighters dead in the raid would only be possible if women and children were counted as “enemies.” 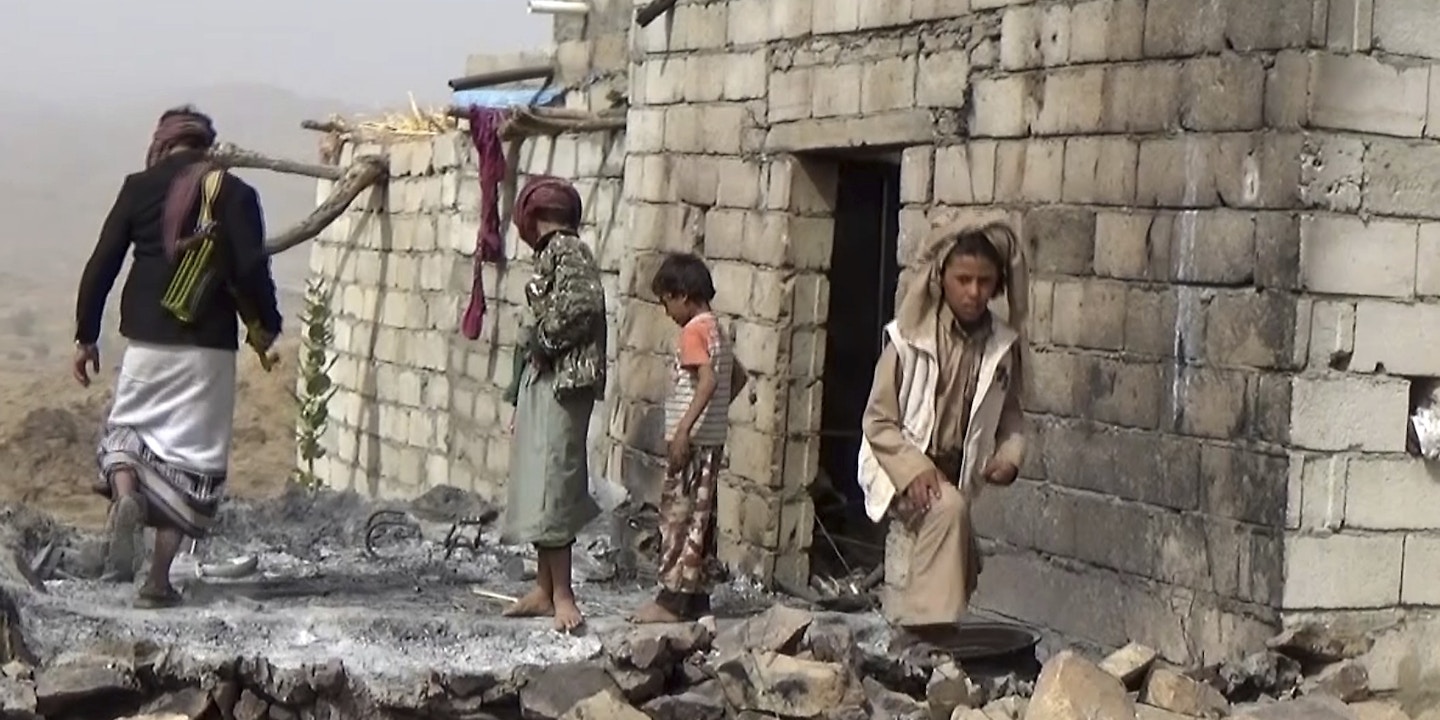 On January 30, 2017, then-White House press secretary Sean Spicer announced that the Pentagon had conducted a “very successful” special operations raid against Al Qaeda in the Arabian Peninsula in Yemen. The raid resulted in the deaths of “an estimated 14 AQAP members” and one U.S. service member, later identified as Navy Seal William “Ryan” Owens, Spicer said.

A Pentagon spokesperson briefed reporters on the operation the same day, also saying that the raid had killed 14 Al Qaeda operatives. In the weeks that followed, the raid would become the subject of tremendous controversy, as conflicting media reports debated whether it had yielded significant intelligence, as the administration claimed, and whether it had killed an intended high-level target. But when it came to the death toll, the initial press coverage largely parroted the administration’s estimate.

But according to a classified report by the Joint Special Operations Command Center for Counterterrorism Studies, the Pentagon privately assessed that the raid had killed more than twice as many people as it had initially said.

“The battle damage assessment (BDA) included approximately 35 enemy killed in action (EKIA) and one ZU-23 anti-aircraft weapon destroyed,” according to a heavily redacted copy of the report obtained by The Intercept under the Freedom of Information Act. The operation also “resulted in one friendly KIA,” meaning someone “killed in action,” presumably Owens, “with minimal civilian casualties,” the report notes.

Those numbers contradict on-the-ground reporting, which found that most of the dead were villagers who mistook the SEALs for members of a Yemeni rebel group known as the Houthis, their local adversaries. Those killed included at least six women and 10 children under the age of 13, residents said. In the days after the raid, the Pentagon admitted “regrettably that civilian non-combatants were likely killed,” but did not update its casualty estimate. Pentagon spokesperson Lt. Cmdr. Rebecca Rebarich told The Intercept by email that the figure of 35 enemy dead was the result of a lengthier formal assessment.

“There is not a discrepancy between the two numbers,” Rebarich wrote. “The initial reports were 14 enemy killed in action (EKIA). This was discussed publicly by Pentagon spokesman Navy Capt. Jeff Davis, on January 30, a little more than a day after the operation. A more [thorough] assessment was conducted, as part of the formal after action report, where it was determined 35 enemy combatants were killed during the operation.”

It is unclear how the Pentagon came up with either number. The estimate of 35 enemy fighters killed in action differs significantly from independent estimates of the death toll, even when women and children are included. Villagers in al-Ghayil gave the Bureau of Investigative Journalism a list of 25 names of residents killed in the raid, nine of whom were said to be children under the age of 13. Human Rights Watch collected a list of 23 names and ages of villagers who had died; a witness told the group that two other people had also died, but he could not remember their names.

The list of the dead provided by AQAP included eight additional men and a handful of children who were not on the lists supplied by villagers or known to be residents of the village, with the men identified only by noms de guerre. Taken together, those numbers suggest that a death toll as high as 35 could be possible, but only if the Pentagon counted women and children as “enemies.”

Among the dead was 8-year-old Nawar al-Awlaki, the daughter of Anwar al-Awlaki, a U.S. citizen and radical cleric who the Obama administration claimed had an operational role in Al Qaeda. Al-Awlaki’s son Abdulrahman — who was not accused of being affiliated with Al Qaeda — was killed in a drone strike at the age of 16 shortly after his father’s death, but the Obama administration later said that he was not the target.

“Nearly two years have passed since the raid in Bayda raised concerns regarding U.S. compliance with international rules to take all necessary measures to minimize civilian loss, but the importance of thorough investigations and transparent findings has not waned,” said Kristine Beckerle, a Yemen researcher for Human Rights Watch. “Transparency as to what went so very wrong that nine children were killed is important for those children’s relatives, as well as those who find themselves in the crosshairs of U.S. action in the future — a real reckoning with past errors could help push the adoption of measures to avoid civilian losses like those suffered in Yemen.”

The Intercept also obtained a redacted copy of a classified memo on civilian casualties from the raid, which says, “We assess there were between 4 and 12 non-combatant casualties, however the exact number is indeterminable.”

The memo also echoes earlier Pentagon assertions that U.S. forces were “engaged” by “both male and female combatants,” but the claim that women took up arms is disputed. All the witnesses of the attack interviewed by The Intercept last year denied that women joined the fight, with one describing it as “eib” — shameful. They said it was impractical for women to fire guns while they held small children.

The Intercept filed its freedom of information request on March 13, 2017, seeking documents about the operation. Two days later, the American Civil Liberties Union filed a similar request to the Defense, State, and Justice departments seeking, among other things, “after-action assessments of civilian or bystander casualties of the raid.” Despite a legal battle that has lasted more than a year and resulted in the release of dozens of documents, however, the ACLU has not yet received a copy of the after-action report obtained by The Intercept.

“The government has obscured basic facts about this tragic raid, including its legal and factual basis, who was killed, and why. Its disclosures so far have been inadequate and now appear selective,” Anna Diakun, a fellow at the ACLU’s National Security Project, told The Intercept by email. “This administration has consistently chosen secrecy over transparency, all while dramatically expanding its use of lethal force, with devastating consequences for civilians.”

The Intercept also obtained internal emails announcing Owens’s death, as well as what appears to be an undated draft statement from the DOD public affairs office announcing the raid.

“U.S. forces conducted a successful and effective raid of an al-Qa’ida in the Arabian Peninsula Headquarters in the Shabwah Governate, Yemen, Jan. 28. The operation resulted in the death/detainment of xx AQAP members,” the statement read, with the “xx” presumably to be filled in after the fact. “The raid also resulted in the capture of valuable exploitable intelligence materials that we are confident will provide insight into the planning of future terror plots.”

The report also shows that the Joint Special Operations Command was keenly aware of the optics of the raid, which, in addition to Owens’s death, wounded three U.S. servicemembers and killed and wounded many Yemenis, including a woman who was nine months pregnant and was shot in the stomach; local doctors performed an emergency caesarean section, but the baby died.

“Unfortunately, the media did not characterize the mission in a successful light,” the report notes. “The media described the raid as killing dozens of civilians and resulting in one death and the destruction of a $70 million dollar [sic] aircraft. The new U.S. administration was seen as brash and unconcerned with U.S. military or Yemeni lives.”