The Double Games of Foes and Friends: The Intercept’s 2018 National Security Coverage

Surveillance and spying have been recurring themes; influence-peddling has been rampant, with Saudi Arabia and its allies cozying up to the administration. From government eavesdropping on private citizens to revelatory details about Russian interference in the 2016 election to Washington’s draconian efforts to track and punish whistleblowers and journalists, surveillance and spying have been recurring themes this year. Influence-peddling has been rampant, with Saudi Arabia and its Gulf allies cozying up to the Trump administration in exchange for insider information, freedom to silence dissidents, and crucial assistance for their brutal war in Yemen. The U.S. government, meanwhile, has been up to its old tricks, honoring war criminals and promoting a notorious overseer of torture to lead the CIA, while pursuing Muslims at home and harming civilians in distant conflict zones. As I took the stand, I thought about how much press freedom had been lost and how drastically national security reporting had changed in the post-9/11 era.
By James Risen What Mueller’s Latest Indictment Reveals About Russian and U.S. Spycraft 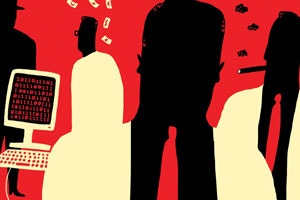 The indictment has a surprising amount of technical information and presents the most detailed and plausible picture of the Russian cyberattacks so far.
By Micah Lee

Saudi Crown Prince Boasted That Jared Kushner Was “in His Pocket” The plan involved Saudi ground troops crossing the land border into Qatar, and, with military support from the UAE, seizing control of Doha.
By Alex Emmons Members of the Saudi-led coalition are ignoring their own procedures aimed at minimizing civilian casualties in Yemen, a U.S. intelligence report says.
By Iona Craig, Shuaib Almosawa Mohammed bin Salman was celebrated by Silicon Valley and Hollywood titans during his U.S. visit. They ignored his role in the slaughter in Yemen.
By Mehdi Hasan

With Medal of Honor, SEAL Team 6 Rewards a Culture of War Crimes The Medal of Honor will be awarded to Britt Slabinski, who was banned from SEAL Team 6 for alleged war crimes.
By Matthew Cole

Video: A Brief History of U.S. Intervention in Iraq Over the Past Half-Century To understand Iraq’s current reality, we must confront not just 15 years of U.S. policy, but a history that spans the administrations of 11 U.S. presidents.
By Jeremy Scahill The lawyer-turned-photographer shows life on the periphery of the prison camp — and the former detainees who carry its scars with them.
By Siddhartha Mitter A doctor and Naval reserve officer who examined a high-profile prisoner tortured under Haspel’s supervision urged the Senate to oppose her nomination as CIA director.
By Jeremy Scahill Winner is accused of leaking a classified NSA document that helped alert Americans to Russian hacking attacks against the U.S. voting system.
By Peter Maass Aisha lost her mother, father, and little brother when a drone attacked their truck. Twelve days later, she left Afghanistan in the care of a mysterious NGO.
By May Jeong

Noor Salman, Widow of Pulse Killer Omar Mateen, Is Found Not Guilty of All Charges The rarest of events has occurred: Justice is served in a terrorism case involving a Muslim defendant.
By Glenn Greenwald The prosecution of Ahmad Sheikhzadeh suggests his real crime was not picking a side.
By Johnny Dwyer

Before Snowden, an NSA Spy Tried to Incite Change From the Inside. He Called Himself the “Curmudgeon” of Signals Intelligence. 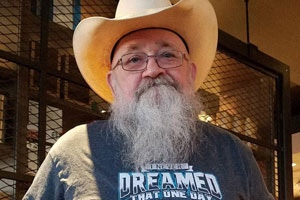 Rahe Clancy thought the NSA had become too corporate. So he wrote an agitated series of missives — for the agency.
By Peter Maass
Wait! Before you go on about your day, ask yourself: How likely is it that the story you just read would have been produced by a different news outlet if The Intercept hadn’t done it? Consider what the world of media would look like without The Intercept. Who would hold party elites accountable to the values they proclaim to have? How many covert wars, miscarriages of justice, and dystopian technologies would remain hidden if our reporters weren’t on the beat? The kind of reporting we do is essential to democracy, but it is not easy, cheap, or profitable. The Intercept is an independent nonprofit news outlet. We don’t have ads, so we depend on our members — 35,000 and counting — to help us hold the powerful to account. Joining is simple and doesn’t need to cost a lot: You can become a sustaining member for as little as $3 or $5 a month. That’s all it takes to support the journalism you rely on.Become a Member