From Tactical Pants to the Green New Deal: The Intercept’s 2018 Environment Coverage

Catastrophic hurricanes, heartless vivisectionists, criminal polluters, and climate supervillains like Scott Pruitt were all on extravagant display in 2018. Catastrophic hurricanes, heartless vivisectionists, criminal polluters, and climate supervillains like Scott Pruitt were all on extravagant display in 2018. Yet as a new generation of congressional leaders begins to make its mark in Washington, D.C., the prospect of a Green New Deal gives us reason to be cautiously hopeful. The Green New Deal is not a piecemeal approach that trains a water gun on a blazing fire, but a comprehensive plan to transform society for the better.
By Naomi Klein

3M Knew About the Dangers of PFOA and PFOS Decades Ago, Internal Documents Show 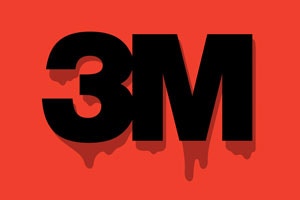 Internal studies and other documents show that 3M knew by the 1970s that PFOA and PFOS were toxic and accumulating in people’s blood.
By Sharon Lerner DuPont’s Chambers Works manufacturing site has been ground zero for some of the world’s most environmentally devastating commercial enterprises.
By Sharon Lerner An FBI agent claimed she was moved by #MeToo to ask an activist about an alleged sexual assault. An audio recording shows she was interested in much more.
By Alleen Brown, John Knefel As climate scientists call for a dramatic transformation of the world’s economy, a new set of deniers is starting to coalesce around something easier.
By Kate Aronoff Just what would a Green New Deal entail, exactly?
By Kate Aronoff Managing the perceived security threat of Indigenous-led anti-pipeline movements has become a priority on both sides of the U.S.-Canada border.
By Alleen Brown, Will Parrish An investigation into Ridglan Farms shines a light on a largely hidden industry that breeds and cages dogs for the sole purpose of experimentation.
By Glenn Greenwald, Leighton Akio Woodhouse 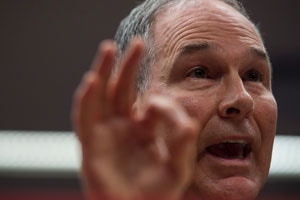 A Freedom of Information Act document shows the EPA administrator’s expenses jumped $1.1 million from the last disclosure a month ago.
By Lee Fang, Nick Surgey
Wait! Before you go on about your day, ask yourself: How likely is it that the story you just read would have been produced by a different news outlet if The Intercept hadn’t done it? Consider what the world of media would look like without The Intercept. Who would hold party elites accountable to the values they proclaim to have? How many covert wars, miscarriages of justice, and dystopian technologies would remain hidden if our reporters weren’t on the beat? The kind of reporting we do is essential to democracy, but it is not easy, cheap, or profitable. The Intercept is an independent nonprofit news outlet. We don’t have ads, so we depend on our members — 35,000 and counting — to help us hold the powerful to account. Joining is simple and doesn’t need to cost a lot: You can become a sustaining member for as little as $3 or $5 a month. That’s all it takes to support the journalism you rely on.Become a Member