Elizabeth Warren Will Make Her Presidential Bid Official in February 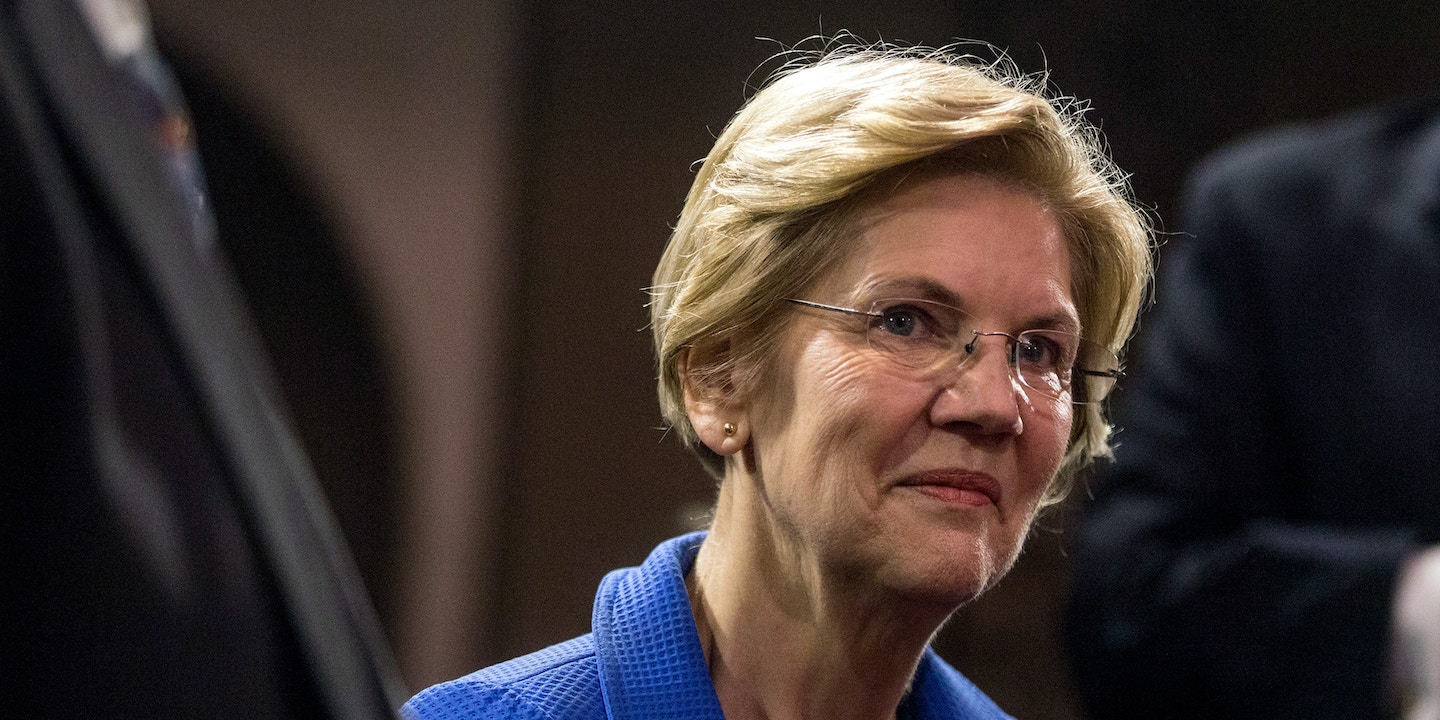 Sen. Elizabeth Warren will make her presidential campaign official with a major speech and announcement on February 9, according to two sources with knowledge of her plan. The announcement will convert her current exploratory phase into a full-blown bid for the presidency.

The Massachusetts Democrat was the first major candidate to formally declare her intention to run, announcing the formation of her exploratory committee on New Year’s Eve. She was able to capture large crowds and attention before being joined in the field by Sen. Kamala Harris, who made her announcement on January 21, Martin Luther King Jr. Day. On Sunday, Harris officially kicked off her campaign with a massive gathering in Oakland.

Warren has garnered headlines with her proposal for a wealth tax aimed at reducing inequality. It would be the first federal policy of its kind, and it plays into a newfound interest in taxing the ultrarich triggered by Rep. Alexandria Ocasio-Cortez’s call for a 70 percent tax rate on incomes above $10 million. Warren’s wealth tax would kick in at $50 million. Sen. Bernie Sanders, I-Vt., has followed with a proposal for a large estate tax on the extremely rich.

Former Starbucks CEO Howard Schultz’s curious decision to saunter into the presidential race has also been a gift to Warren. Since he declared his interest in the presidency on Monday, she has pounded away at the billionaire coffee mogul, who opposes taxing the wealthy and insists that the nation is too poor to provide health insurance to all its citizens. Sanders, who has yet to announce a campaign, has largely left Schultz alone, ceding the pummeling — and the resulting headlines and donations — to Warren.

Warren’s broadly successful January comes after a bruising several weeks at the end of 2018, after she released the results of a DNA test confirming distant Native American heritage. A number of high-profile Native Americans, as well as representatives of major tribes, welcomed Warren’s announcement, but others panned it. Most famously, Cherokee Nation Secretary of State Chuck Hoskin Jr. issued a scathing rebuke.

A DNA test is useless to determine tribal citizenship. Current DNA tests do not even distinguish whether a person’s ancestors were indigenous to North or South America. Sovereign tribal nations set their own legal requirements for citizenship, and while DNA tests can be used to determine lineage, such as paternity to an individual, it is not evidence for tribal affiliation. Using a DNA test to lay claim to any connection to the Cherokee Nation or any tribal nation, even vaguely, is inappropriate and wrong. It makes a mockery out of DNA tests and its legitimate uses while also dishonoring legitimate tribal governments and their citizens, whose ancestors are well documented and whose heritage is proven. Senator Warren is undermining tribal interests with her continued claims of tribal heritage.

On Thursday, Hoskin Jr. returned to the issue in a more gently worded column in Tulsa World, an Oklahoma newspaper. “When someone boasts they are Native American due to the results of a DNA test, it perpetuates the general public’s misunderstanding about what it means to be a tribal citizen,” he wrote.

The senator’s move was also broadly condemned by a wide range of columnists — including at The Intercept — and she has been doing cleanup since. In December, she sought to right the perception that she was claiming some sort of marginalized status. “I’m not a person of color. And I haven’t lived your life or experienced anything like the subtle prejudice, or more overt harm, that you may have experienced just because of the color of your skin,” she said at a commencement address at the historically black Morgan State University. On the campaign trail, she has noted repeatedly that she does not claim citizenship in any tribe nor was she trying to.

But she’s quietly since gone a step further. Warren has been in touch with Cherokee Nation leadership, apologizing for furthering confusion over issues of tribal sovereignty and citizenship and for any harm her announcement caused, two sources with knowledge of her overture said. The Warren campaign declined to comment.

“Senator Warren has reached out to us and has apologized to the tribe,” Cherokee Nation’s executive director of communications Julie Hubbard told The Intercept. “We are encouraged by this dialogue and understanding that being a Cherokee Nation tribal citizen is rooted in centuries of culture and laws not through DNA tests. We are encouraged by her action and hope that the slurs and mockery of tribal citizens and Indian history and heritage will now come to an end.”

The field is expected to continue to expand, with Sanders, who has been interviewing staff and building a team, likely to announce his bid soon. Sanders and Warren occupy a similar space on the ideological spectrum, while Harris, along with potential entrants Sen. Cory Booker, Sen. Kirsten Gillibrand, and former Rep. Beto O’Rourke, have more elastic politics.

This story was updated to include comment from the Cherokee Nation.