Considered for years an unrepentant militant, Ghassan al-Sharbi is locked up at Guantánamo Bay. He has never spoken to the media — until now. 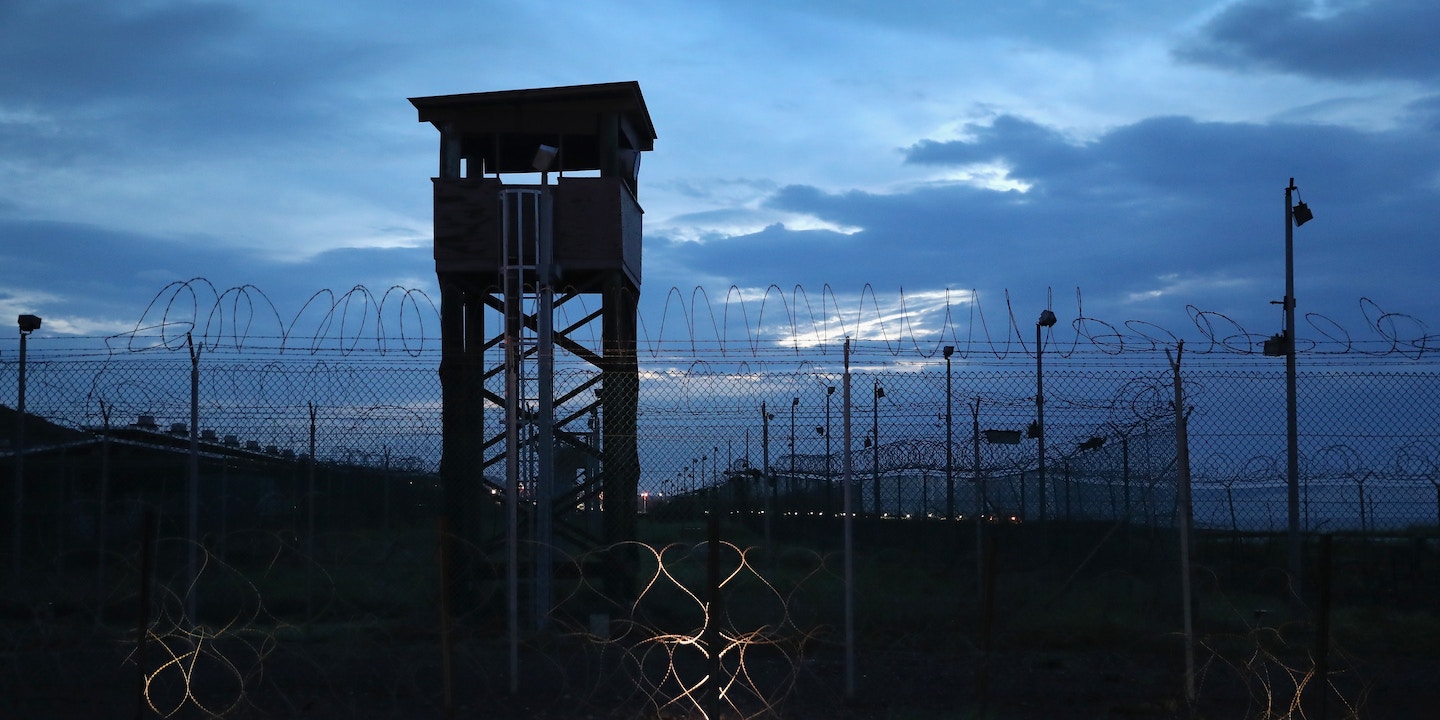 For the past 17 years of his imprisonment at Guantánamo Bay, Ghassan al-Sharbi was a mystery to the American public. A prisoner at the notorious prison since his capture in 2002, al-Sharbi has never sought to speak publicly, unlike many other detainees held at the prison. He even refused legal counsel. But now, the Saudi national, known as one of the most defiant prisoners held at Guantánamo, has been moved to speak out for the first time — in order to praise the U.S. Congress, Sen. Lindsay Graham, R-S.C., and even New York Times columnist Thomas Friedman.

“My faith in many US politicians and media outlets has recently risen dramatically, because of their courageous stand against the Saudi royals.”

“My faith in many US politicians and media outlets has recently risen dramatically, because of their courageous stand against the Saudi royals,” al-Sharbi conveyed in letters and communications submitted through normal processes at the prison, and provided exclusively to The Intercept. “The Saudi royal family overtly fights terrorism to please the West, while covertly supporting it to please the clerics and others. They also do this so that they are always desperately needed by the United States and the West.”

Communicating with detainees at the facility is notoriously complex. Al-Sharbi’s words were conveyed through his attorneys at the Immigrant and Non-Citizen Rights Clinic at the City University of New York School of Law. They were also passed through a team of U.S. government censors.

Al-Sharbi’s decision to speak out is itself a product of growing turbulence in the relationship between the United States and Saudi Arabia in recent years. The killing of Washington Post columnist Jamal Khashoggi and the Saudi-led war in Yemen have fed a growing public backlash toward the Saudi royal family. Al-Sharbi, held in an isolated U.S. prison in the Caribbean, took notice of the changes. A letter written by Ghassan al-Sharbi, with redactions from al-Sharbi’s lawyers.Images: Immigrant and Non-Citizen Rights Clinic at the City University of New York School of Law

Graham and Friedman were among the public figures who have previously backed Saudi Arabia but have since changed their tune — particularly with regard to Saudi Crown Prince Mohammed bin Salman. “I’m not blindly optimistic that the change of position by the likes of Senator Lindsay Graham and Thomas Friedman regarding the Saudi royals is not merely pragmatic flip-flopping. I hope that it is a truly ethical correction on their parts,” al-Sharbi stated.

Al-Sharbi said his outlook began to evolve during the public debates in the United States over the Justice Against Sponsors of Terrorism Act. Known as JASTA, the law was passed in 2016 and opened the Saudi government up to facing charges of supporting terrorism. Al-Sharbi said, “The change began for me during the congressional debates around JASTA and its subsequent approval.” Congress overrode a presidential veto to put the law on the books. 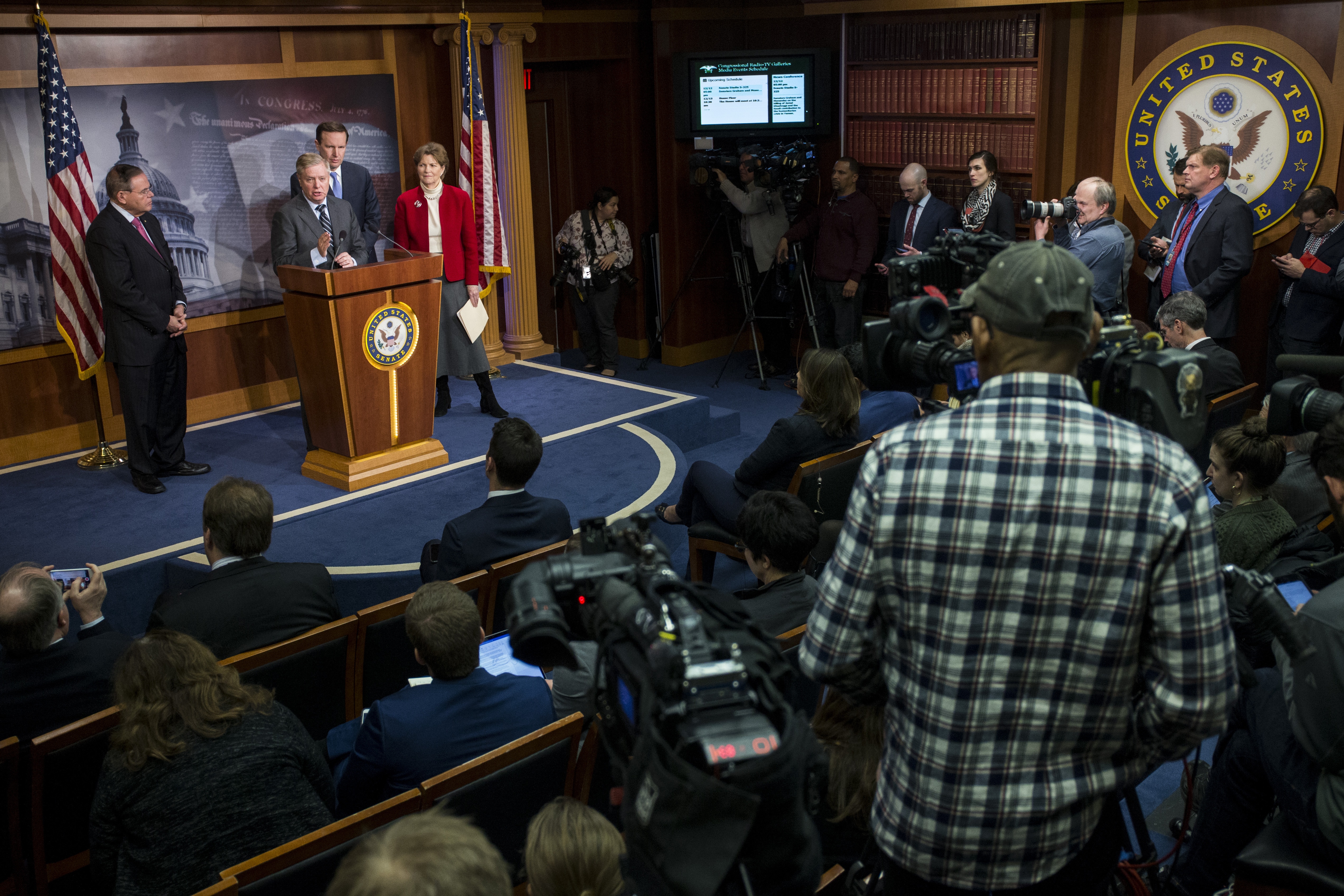 Now age 44, al-Sharbi was captured in a 2002 raid by Pakistani forces. In June of that year, he was transferred to Guantánamo Bay, where he has remained ever since. Al-Sharbi’s statements speak less to his own case than to the broader geopolitical changes that have occurred since his detention, particularly the deteriorating relationship between the U.S. and Saudi Arabia.

As for remaining silent for years until now, al-Sharbi described his decision as an effort to take control of his own fate. “I was used by Saudi clerics first and that stuck with me. It caused me a complex. And then came the American liberal attorneys who wanted to use me for their own causes,” he said. “I didn’t want to be used ever again.”

While many Guantánamo detainees protested their innocence over the years, al-Sharbi is known as one of the most defiant prisoners held at the facility. A fluent English speaker who attended college in Arizona, he denounced the legitimacy of the process during a 2006 military commission hearing, referring to it as “the same circus, different clown.” Accused by the U.S. government of providing English-language translation at a militant camp and training on the use of explosives, al-Sharbi bluntly admitted that the allegations against him were true.

“I’m going to make it short and easy for you guys: I’m proud of what I did and there isn’t any reason of hiding. I fought against the United States. I took up arms,” he said at the hearing, speaking in plain English. “I came here to tell you that I did what I did and I’m willing to pay the price, no matter how many years you sentence me. Even if I spend hundreds of years in jail, that would be a matter of honor for me.”

“I was used by Saudi clerics first and that stuck with me. It caused me a complex. And then came the American liberal attorneys who wanted to use me for their own causes. I didn’t want to be used ever again.”

Due to the notoriously flawed nature of the legal process at Guantánamo, where, among other things, evidence has been frequently tainted by the use of torture, the U.S. government has never been able to convict al-Sharbi of a crime. Today, he is one of the many detainees who the government is unable to convict, but also unwilling to release.

A 2016 decision by the prison’s Periodic Review Board determined that al-Sharbi remained a security threat and could not be let go. The review noted his continued hostility in detention and refusal to discuss future plans were he to be released. “The Board appreciates the detainee’s candor at the hearing,” the review concluded.

In past hearings at the Guantánamo prison, al-Sharbi suggested that he was encouraged to become a militant by individuals associated with the Saudi royal family. He repeated these claims in his recent statements, stating among other things that he had communicated online with bin Salman — who was then a teenager — during the time that the prince’s father had been the governor of Riyadh. (The Intercept was unable to independently verify the decades-old communications, and the Saudi Embassy did not return a request for comment.)

A declassified document from the 9/11 Commission report — which was first flagged in 2016 by the 9/11 disclosure advocacy website 28pages.org — alleged a possible link between al-Sharbi and the Saudi government. According to the document, at the time of al-Sharbi’s detention in Pakistan, a cache of papers was located nearby that included his U.S. flight certificate. The document, investigators said, was found inside an envelope marked with the logo of the Saudi Embassy in Washington, D.C.

The 9/11 Commission found no evidence of official Saudi support for the September 11 attacks, though it did reveal circumstantial links between the hijackers and Saudi government employees.

Saudi Arabia has nonetheless been accused of playing both arsonist and firefighter when it comes to the issue of extremist violence.

In his recent remarks, al-Sharbi cited the alleged inconsistency in both the Saudi and U.S. position in dealing with militant groups.

He said, “The flip-flopping, the constant branding, marketing, and re-branding of ‘freedom fighters,’ ‘extremists,’ or ‘terrorists’ at certain times, certain locations, and against certain enemies, as it suits political needs is confusing.” U.S. President Donald Trump holds up a chart of military hardware sales as he meets with Saudi Crown Prince Mohammed bin Salman in the Oval Office on March 20, 2018.

Growing unease in the United States over its support for the Saudi war in Yemen was punctuated last October by the brazen murder of Khashoggi, the Washington Post columnist, inside the Saudi consulate in Istanbul. His killing is widely believed to have been ordered by bin Salman himself. The historic ties between the United States and Saudi Arabia have come under unprecedented scrutiny from U.S. lawmakers, the press, and an increasingly vocal American public.

Amid this rising tide of discontent, one of the most notable holdouts has been President Donald Trump himself. In addition to close relationships between the Trump family and Saudi royals, Trump justified continued U.S. support for the Saudi government on economic terms.

On this subject, al-Sharbi took it upon himself to offer some advice for the U.S. president.

“The current president of the United States faces fierce opposition at home and abroad. He relies on his base and believes that creating jobs for them would make him stronger overall. He thinks that Saudi arms deals are essential to achieve that goal of political survival,” al-Sharbi said. “But, I think that his base would admire him more if he walked away from those arms deals and told his base that he was doing it on principle, so that American homes are not built on the ruins of Saudi ones.”

Nearly two decades after 9/11, the metastasizing global war against extremist groups shows little sign of abating. After more than a decade and a half spent in prison, al-Sharbi’s fate remains unclear. His decision to speak out after so many years of silence was not taken lightly, given the potential consequences, he said.

While acknowledging the hesitance of the U.S. public to hear the words of a man once described by the former Guantánamo commander, Maj. General Jay Hood, as “one of the most dangerous men” held at the prison, al-Sharbi nonetheless offered a unique perspective on how the United States may dissuade future generations from joining the ranks of anti-American militant groups.

“Conflict between the United States and the Muslim world can be resolved or eliminated quite simply: If the United States stops supporting dictatorships in Muslim countries. I hope that what I have to share will benefit both Americans, as well as my own people,” al-Sharbi said. “After this story is released, if I am transferred to Saudi Arabia against my will and I meet my fate there, I hope this won’t prevent the media from continuing the true effort of making America great again.”

Update: March 18, 2019
This story has been updated to include a letter from Guantánamo detainee Ghassan al-Sharbi.