“Whatever you think of his politics, he is a human being, and under international law, he deserved to be treated fairly,” said Dr. Sean Love. 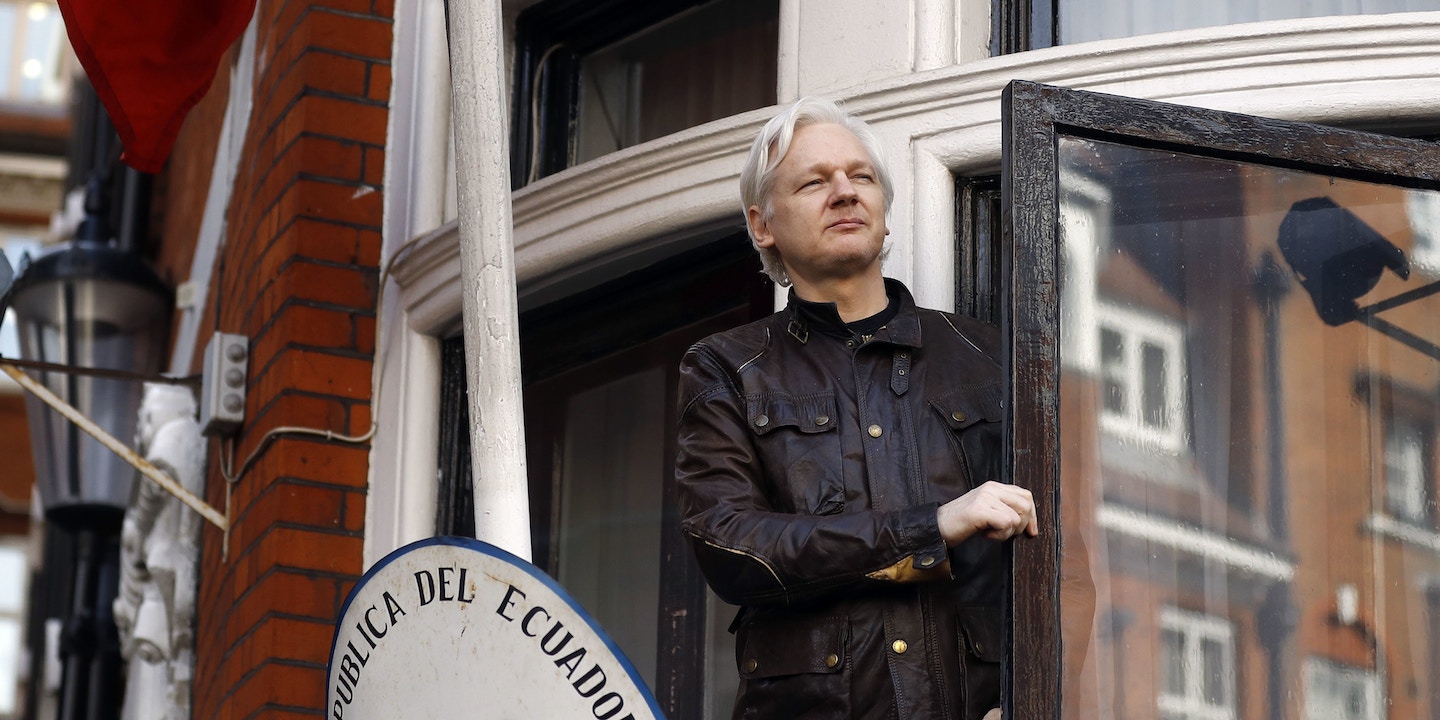 An American doctor who conducted several medical and mental health evaluations of WikiLeaks founder Julian Assange inside Ecuador’s Embassy in London over the last two years says that she believes she was spied on and that the confidentiality of her doctor-patient relationship with Assange was violated.

Dr. Sondra Crosby, an associate professor of medicine and public health at Boston University and an expert on the physical and psychological impact of torture, has evaluated detainees held by the United States, including at its prison in Guantánamo Bay, Cuba. She quietly began meeting with and evaluating Assange in 2017 inside the embassy where he had sought refuge.

During her last session with Assange on February 23, Crosby says that her confidential medical notes were removed when she briefly left the embassy to get food to bring back to Assange who, she wrote, “had not eaten.” The notes were taken from where she had been evaluating Assange and only later discovered in another space used by the embassy’s surveillance staff.

She also says that her medical visit with Assange in February was monitored by two cameras, and that she had to speak with Assange “over the noise of a radio playing” to mask their conversations because of what he said were listening devices in the room.

In addition, when she returned to the embassy after getting food, she was questioned by embassy security staff and asked for a copy of her medical license, even though she had earlier provided her passport and explained the purpose of her visit.

“The hostile, nonconfidential, and intimidating environment was palpable,” she wrote in her affidavit.

In an April 8 letter sent to both U.N. High Commissioner for Human Rights Michelle Bachelet and Dunja Mijatovic, the commissioner for human rights for the Council of Europe, Crosby added that during her February visit to the embassy, the conditions of Assange’s confinement had significantly worsened since her first visit in 2017. Her letter noted the severe psychological toll Assange suffered in his prolonged and indefinite confinement.

“Mr. Assange’s situation [inside the embassy] differs from a typical prisoner in a conventional prison,” she wrote in her letter. “In fact, his position is worse than a conventional prison in many respects. His confinement is indefinite and uncertain, which increases chronic stress and its myriad of chronic physical and serious psychological risks, including suicide.”

During seven years of confinement, Assange had suffered “a number of serious deleterious effects of sunlight deprivation,” she wrote, including “neuropsychological impairment, weakened bones, decreased immune function, and increased risk for cardiovascular disease and cancer.” He also displayed physical and psychological symptoms as a result of “prolonged social isolation and sensory deprivation.”

“I believe the psychological, physical, and social [aftereffects] will be long-lasting and severe,” Crosby wrote.

Assange was expelled from the Ecuadorian Embassy and arrested by British authorities on April 11, three days after her letter was sent to the U.N. and the Council of Europe. He is now in prison in Britain on charges of jumping bail, but also faces an indictment in the United States on a hacking charge in connection with the 2010 publication of classified U.S. documents obtained from former Army intelligence analyst Chelsea Manning. Assange has been charged in the U.S. with trying to help Manning crack a government password; he also faces the possibility of a renewed investigation by Sweden into sexual assault charges. His lawyers have vowed to fight his extradition.

Assange sought refuge in Ecuador’s Embassy in 2012, when Sweden was seeking his extradition in the sexual assault case, and remained in the embassy until his arrest last Thursday. British officials repeatedly vowed to arrest him for jumping bail if he ever set foot outside the embassy.

In 2012, when Ecuador agreed to give Assange refuge, the country had a leftist president, Rafael Correa, who was sympathetic to the WikiLeaks founder. But Ecuador’s current president, Lenín Moreno, has been far less tolerant of Assange and grew impatient with his presence in the embassy.

Both before and since his arrest and expulsion from the embassy, Assange has been criticized and mocked for his erratic behavior. But Crosby’s observations and statements make it clear that he has suffered severe psychological harm.

Crosby wrote in her letter to the U.N. and the Council of Europe that Assange suffered from “multiple medical conditions” that had become “more complex and urgent” over the two years she had evaluated him. “He has no ability to access necessary medical care, and he does not have access to the outdoors and sunlight. Even minimum standards for prisoners dictate at least one hour of sunlight daily and access to natural light.”

While the British government and Assange’s many critics say that it was his choice to stay in the embassy, Crosby argues that Assange was denied the fundamental right to health care that should have been afforded to him as a refugee.

In her April 8 letter, Crosby wrote that the “highest priority” for Assange’s medical care was his “critical need for an oral surgery procedure,” adding that “the severe daily pain” from his dental condition is “inhumane.” She had consulted with a dentist who had examined Assange, she wrote, and learned that the dental surgery could not be performed in the embassy. In her letter, Crosby says that the British government had repeatedly rejected requests to give Assange safe passage to a hospital for treatment.

In addition to Crosby, Dr. Brock Chisholm, a British clinical psychologist who was previously retained as an expert witness in a case involving allegations of torture at CIA black sites, evaluated Assange over the past two years. Dr. Sean Love, now at Johns Hopkins School of Medicine, initially met with Assange and arranged for an introduction to Crosby and Chisholm, but did not conduct any of the evaluations. Love said that Assange and WikiLeaks gave the doctors permission to make Crosby’s affidavit and letter public.

Love criticized the British government for denying Assange medical care while he was in the embassy.

“Whatever you think of his politics, he is a human being,” Love said, “and under international law, he deserved to be treated fairly and not in cruel or inhumane ways.”