Many major Democratic presidential candidates pledged not to take special-interest money — but, with a raft of loopholes, the money is still pouring in. 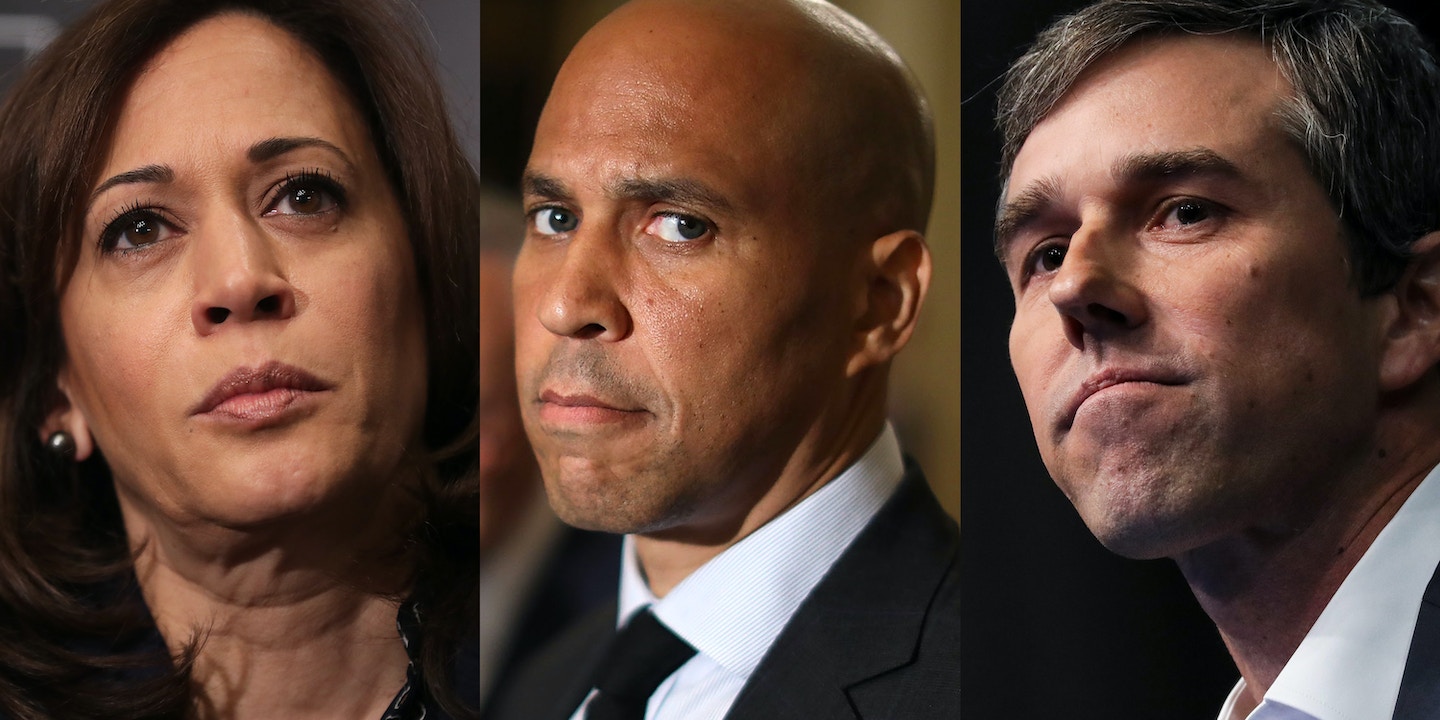 All of the Democratic presidential candidates have committed to rejecting the influence of special interests. To demonstrate their resolve, several of the candidates have promised to power their White House ambitions without a single dollar of lobbyist money.

In the waves of small-dollar donations reported on Monday — the first financial disclosure reporting period of the 2020 presidential race — lobbyist money had made its way into the coffers of major candidates’ campaigns.

Beto O’Rourke is one of the candidates who had pledge to run a campaign financed only by regular people — “not PACs, not lobbyists, not corporations, and not special interests.” His latest filing, however, shows that he accepted donations from a federal utility-company lobbyist and a top Chevron lobbyist in New Mexico.

Some lobbyist cash comes from individuals who are clearly lobbyists but have chosen not to register with a federal system rife with loopholes.

Sen. Kamala Harris, D-Calif., has also collected donations from registered corporate lobbyists in South Carolina, New York, and California. Several technology lobbyists from San Francisco have given to her campaign. Another Harris donor, Robert Crowe, from the firm, Nelson Mullins Riley & Scarborough, is a federal lobbyist who has worked to influence Congress on behalf of pipeline firm EQT Corporation and Alphabet, the parent company of Google.

The flow of lobby cash comes in many forms. Some comes from registered lobbyists, others from individuals who are clearly lobbyists but have chosen not to register with a federal system rife with loopholes.

The Lobbying Disclosure Act, which governs the criteria over federal lobbyist registration, is notoriously easy to evade and historically poorly enforced. Many professional corporate influence peddlers — well-aware of the porous definitions set out in the statute — simply choose not to register.

Take, for instance, Jay Carney, the former White House press secretary under President Barack Obama, who took a job as the vice president for worldwide corporate affairs at Amazon in 2015. Carney, the new campaign disclosures show, donated to Booker, O’Rourke, Harris, and South Bend, Indiana, Mayor Pete Buttigieg. The Carney donations, however, would not technically violate the lobbyist money ban, depending on how it is read, because he is not a registered lobbyist.

The registration distinction makes little difference in the real world of professional public affairs. Amazon’s chief lobbyist reports to Carney, and Carney has been deeply involved in many of Amazon’s most high-profile efforts to sway public officials, including the bidding war over the company’s planned “HQ2″ expansion project. He also oversees Amazon’s lobbying office in Washington, D.C., which employs some 28 in-house lobbyists working on policy issues ranging from taxes to labor to artificial intelligence.

Since Carney is not personally registered, does his donation count as lobbyist money?

The donation disclosures released this week by the Federal Election Commission highlight a number of murky areas where candidates take special-interest cash despite pledges not to. John Buckley, chief executive officer of Subject Matter, a sprawling lobbying firm that represents corporate clients, such as health insurance giant UnitedHealth and oil giant BP, is an O’Rourke donor. Buckley, however, is not himself a registered lobbyist.

Some donations clearly cross the threshold. The FEC disclosures show that O’Rourke also received money from Amy Thomas, a federal lobbyist for the American Public Power Association, as well as from Patrick Killen, a registered state lobbyist for Chevron in New Mexico.

Booker appears to have closely followed his no federal lobbyist rule. The campaign revealed on Monday that it had returned a $1,000 from Kristen Ludecke, a federal lobbyist for PSEG, the largest utility company in New Jersey. But the Booker campaign continues to embrace corporate lobbyists that register under state and municipal registration guidelines. His campaign received campaign funds from multiple lobbyists working at Mercury Public Affairs; Dennis Marco, a local health care and pharmaceutical lobbyist; and from Dennis Culnan, a New Jersey lobbyist closely tied to the Norcross family political machine.

Other lobbyists who gave to Harris fall into the gray area of unregistered influence peddlers. William Castleberry is not technically registered, but he is an influential Facebook lobbyist who oversees the Menlo Park, California, company’s expansive state-level government affairs operations; he gave $2,700 to Harris. Matthew Gerst, who gave $500, falls into similar territory: He leads the regulatory lobbying for CTIA, a trade group for wireless-telecom companies, such as Verizon and AT&T, but is not registered to lobby.

Democrats across the board have raised huge sums of grassroots money this cycle, in large part by promising that they will reject cash from Super PACs, corporate PACs, and lobbyists.

“Our campaign is not taking a dime from corporate PACs or lobbyists — and that was a very deliberate choice. Yes, it means we are leaving money on the table. But that’s ok with me,” Harris wrote in an email to supporters in February.

The Harris email made clear the purpose of the lobby donation ban: “I never want there to be any question about whether I’m listening to the people or corporate lobbyists. The answer will always be the people.”