What was once a left-wing pipe dream of “universal rent control” is on the table in a package of nine bills. 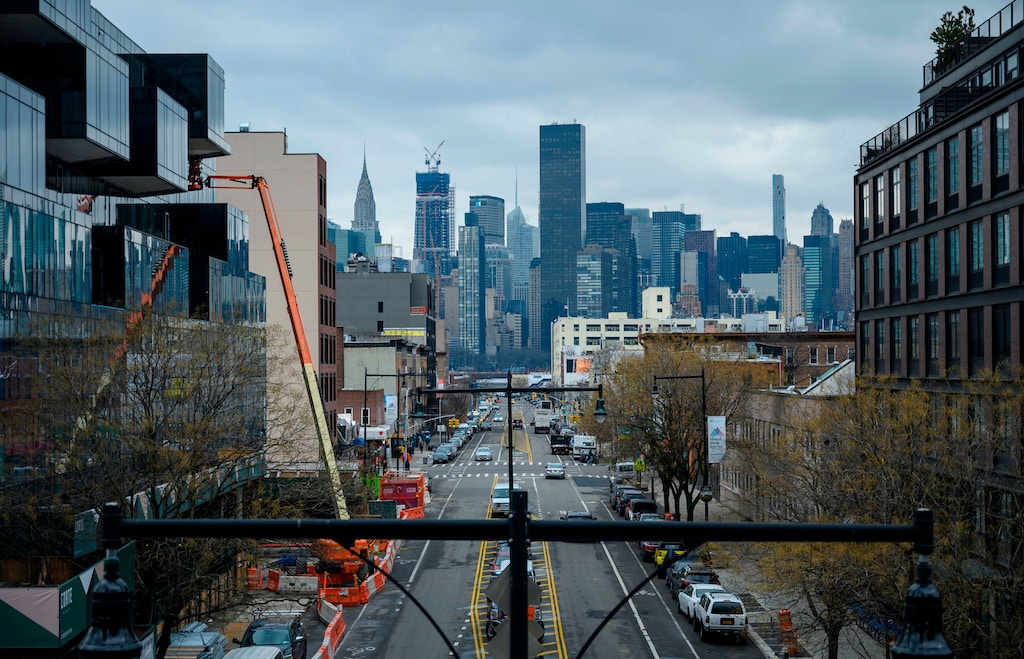 When Amazon pulled out of a sweetheart deal with New York City to build a second headquarters in the borough of Queens, it signaled a shift in the shape of the state’s politics. Grassroots activists and newly elected progressive politicians had won a seemingly unwinnable battle against a corporate leviathan. Now a new test is on the horizon for the state’s left-wing politicians and organizers: their attempt to overcome the entrenched power of the real estate lobby and enact universal rent control.

On June 15, New York’s current rent regulation laws — in place since the early 1990s — will expire. With a Democratic-controlled state Senate and a cadre of left-wing figures elected in last November’s midterm elections, the expiration date offers an opportunity for the greatest expansion of tenant protections in decades. What was once a left-wing pipe dream of “universal rent control” is on the table in a package of nine bills. The proposals are being sponsored by progressive freshman Democrats like state Sens. Julia Salazar and Zellnor Myrie, and born of tenants’ rights organizing around the state by the Upstate/Downstate Housing Alliance.

“There is an affordable housing crisis in New York. This has been the case for a long time in New York City, but the crisis is statewide,” Salazar told The Intercept. “The housing crisis is like a sinking ship with many holes in it. You can’t just plug one hole to stay afloat. These nine bills work together to constitute universal rent control and to protect all tenants.”

The nine bills include measures to eliminate renovation bonuses for landlords, disallow rent decontrol for vacant apartments, and prevent rent hikes for existing tenants paying preferential rents (rents that are less than the legal maximum, but vulnerable to major hikes when leases are renewed). These reforms would close a number of loopholes landlords have used to work around already weakened rent regulation, while protecting tenants already in rent-stabilized housing.

The moves are part of a wave of rent control bills across the country pushed by progressives. Rent control can mean different specific policies in different cities and states, but across the board the idea is to enable tenants to stay in their homes by capping the amount landlords can raise rents and enforce evictions. Oregon recently passed a statewide universal rent control legislation, and efforts to do the same are underway in Colorado, Illinois, and Washington state.

On Tuesday, the Upstate/Downstate Housing Alliance is organizing a march on the state Capitol, an effort to make visible the growing public support for universal rent control — a culmination of the same sort of door-to-door, on-the-ground organizing that helped defeat Amazon HQ2. Organized alongside the New York City Democratic Socialists of America, housing justice activists will descend on Albany for a day of rallying and efforts to lobby lawmakers face to face, with just one month to go until the current rent laws expire.

The New York legislative package’s claim to establish “universal” rent control is based on bills that protect tenants with no current rent-stabilization protection. Key among them is the “good cause” eviction bill, sponsored by Salazar, which aims to prevent the all-too-common practice of landlords pushing tenants out simply by raising the rent. Evictions would have to be based on cause, like not paying rent or creating provable nuisance. The measure would prohibit eviction for not paying an “unconscionable” rent increase — defined as more than 50 percent above the local rate of inflation, or about 3.5 percent. If tenants refuse to pay the “unconscionable” new rent price, they cannot be justifiably evicted. “This would prevent tenants from facing de facto evictions from huge rent hikes,” Salazar said.

New York City’s stock of rent-regulated apartments — some of the only options for affordable housing in the city — has been decimated in the last two decades, as real estate-friendly rent laws opened up a wealth of loopholes for landlords to drive up rents and drive out low-income tenants. Since 1993, New York City has lost 152,000 units of affordable, rent-stabilized housing. Meanwhile, only eight counties in New York state have a system of rent regulation in place at all; 5 million New Yorkers have no rent protection at all. Over half of low-income tenants in the state are currently paying more than 50 percent of their income in rent. New York City tenants rallied at a Rent Guidelines Board meeting in Manhattan on May 7, 2019, where they demanded no more rent increases for tenants in rent-stabilized apartments.

Letting market forces set rent prices has produced a housing crisis for all but New York’s wealthiest; in 2018 the number of homeless people in the state swelled to nearly 92,000, with evictions cited as a major factor. Yet since the reign of former Mayor Rudolph Giuliani and former Gov. George Pataki, the state’s legislature has been intractably on the side of real estate developers and mega-landlords, peddling narratives of urban regeneration and housing development. The new push for universal rent control is not only an expansion of existing and imperiled tenants’ rights, it’s a challenge to the status quo of New York politics.

“The real estate industry’s status has not been challenged in decades,” said Cea Weaver, the director of organizing for the Upstate/Downstate Housing Alliance, the large coalition of tenants’ advocacy groups, community organizations, and social justice organizers who are behind the Housing Justice for All campaign pushing the new rent regulations. “And while the shape of things in Albany is different now, as they say: The more things change, the more they stay the same.”

Without the so-called new blue wave in the state Capitol, the tenants’ rights movement would likely not have an opening to enact significant change. Yet universal rent control advocates are under no illusion that the real estate lobby and its devotee politicians — including Gov. Andrew Cuomo — will bend easily to progressive reform. Weaver said that, while the average landlord portfolio size in New York is 21 buildings, industry lobbyists pitch rent control as a threat to homeowners and small business landlords. “Our bills exempt homeowners, they exempt landlords who live in their buildings and have fewer than four units,” she said. “It’s a myth, bolstered by the old American protocol of home ownership, that rent control hurts homeowners.”

Corporate landlords promote the narrative that rent control reduces a city’s housing quantity and quality. Such arguments conspicuously fail to state that new builds and renovations rarely benefit of low- and middle-income residents. New housing supply is of little help to those who can’t afford to live in it. “We’ve seen the same playbook used against the expansion in tenants’ rights for decades,” said Myrie, a universal rent control advocate and lead sponsor on one of the nine bills. “We have the political will and the numbers on our side, but we’re facing institutional connections and money.”

Much of the rent-control package is likely to garner sufficient support to pass into law. But the aspects that would see the institution of universal protections are already facing pushback. New York Assembly Speaker Carl Heastie has endorsed eight of the nine bills — all but the “good cause” eviction bill. Whether the legislature will treat the bills as one package to be passed altogether or as a set of separate bills is unclear. In an interview with WNYC’s Brian Lehrer, Cuomo dodged a question about whether he would endorse the “good cause” eviction measure. He said, “I don’t want to negotiate bill by bill in this setting.”

Success in the fight for tenants’ rights will take far more than even the entire nine-bill package being signed into law. “The biggest problem aside from the laws is lack of enforcement,” said Salazar.

She’s right. Universal rent control on the books means little if tenants don’t know their rights, if government agencies don’t enforce them, and if housing court remains mired in its delays and disarray. Yet the strength of grassroots organizing, rather than a governance of top-down realpolitik, is that a legislative victory is never seen as the end of political work. As Weaver told The Intercept, “We’re going to need to fight for funding, we’re going to need to work on educating New Yorkers around their rights, we’re going to keep organizing.”