In some cases, the Senate bill exceeds Trump administration requests. It authorizes $10 billion for 94 F-35 Fighters — 16 more than the Pentagon asked for. 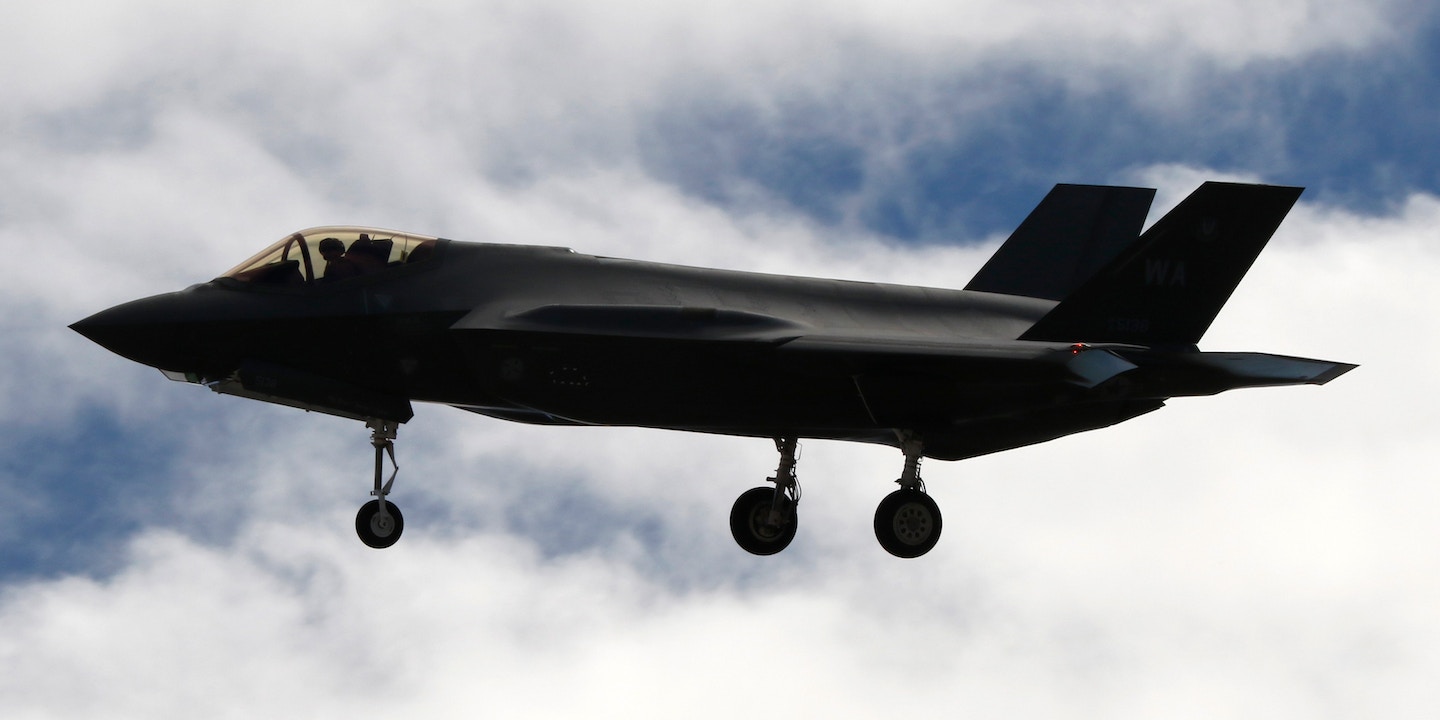 The Senate Armed Services Committee advanced a major defense spending bill in a closed session this week, agreeing to the Trump administration’s $750 billion request and raising U.S. defense spending to levels not seen since the height of the Iraq War.

If it passes the House and Senate, the bill would authorize the second major defense spending increase in two years. Last year, despite initial objections to President Donald Trump’s proposed budget hikes, the House and Senate went far beyond what the administration had asked for, approving an almost $80 billion increase over its spending in fiscal year 2018 and bringing the total defense spending to $716 billion.

The Senate version of this year’s National Defense Authorization Act would raise military and other defense spending to levels not seen since 2009, when more than 180,000 troops were deployed in Iraq and Afghanistan, according to data from the Stockholm International Peace Research Institute. The Pentagon forecasts that in years to come, its budget requests will keep rising to levels not seen since the World War II.

In some areas, the Senate bill even exceeds what the Trump administration requested. According to a summary document provided by committee staff, the bill authorizes $10 billion for 94 F-35 Fighters — 16 more than the Pentagon asked for.

In a statement prepared for a press conference on Thursday, the Republican chair of the Senate Armed Services Committee, James Inhofe, stressed that he believes $750 billion is the “minimum” budget needed as the U.S. moves toward major power competition. Inhofe did not attend the press conference in person because his wife had broken her leg. The statement was read by Democratic Sen. Jack Reed, the ranking member of the committee.

The markup was a major hurdle in a budget process that has proven controversial since it began. In March, the Trump administration tried to sidestep mandatory caps on defense spending by requesting nearly $100 billion extra through a special account meant to fund ongoing wars in Afghanistan, Syria, and Iraq. The bill, which the committee passed on Wednesday, keeps the administration’s ask intact, but moves the money through its normal account, anticipating a Senate budget deal that would lift the caps.

Such massive hikes in military spending are meant to underwrite a major shift in foreign policy under the Trump administration from a primary focus on counterterrorism in the Middle East and Africa, to a Cold War-like posture of major power competition with Russia and China. To support that change, the U.S. is investing heavily in major weapons systems, like the F-35, and modernizing its nuclear weapons systems, while pouring money into a space force, cybersecurity, and artificial intelligence.

The Trump administration’s 2018 National Defense Strategy lists China and Russia as the major drivers of increased spending. “Today, we are emerging from a period of strategic atrophy, aware that our competitive military advantage has been eroding,” the document reads. “Inter-state strategic competition, not terrorism, is now the primary concern in U.S. national security.”

To achieve that, the National Defense Strategy Commission, a congressionally mandated expert panel, recommended that the Pentagon’s base budget increase by 3 to 5 percent annually. The result is a defense budget that could exceed $800 billion by 2025.

That scenario will likely leave it to Congress to decide whether to check the military budget, whose growth has already come under scrutiny from progressive Democrats. Last year, the Senate bill drew nay votes from seven Democrats, including now presidential candidates Sens. Kirsten Gillibrand, Kamala Harris, Bernie Sanders, and Elizabeth Warren.

“I think a lot of the budget is pushed by the military industrial complex,” Sanders told Vox earlier this month. “You have a handful of military contractors where CEOs make outrageous levels of compensation. John McCain, the late John McCain, talked about massive cost overruns. You have the only agency in government that has not completed an independent audit. So there is a lot to be looked at.”

The bill — which is considered a must-pass appropriations measure — is also a chance to attach language that affects the military. The Senate version, for example, authorizes the transfer of Guantánamo Bay detainees to the U.S. mainland for emergency medical care, something that prisoners’ lawyers and advocates have long sought but was prohibited by law.