“That’s what I’ve waited so long to hear, that someone in a position of power would look at this information and say, ‘This is clearly wrong.’” 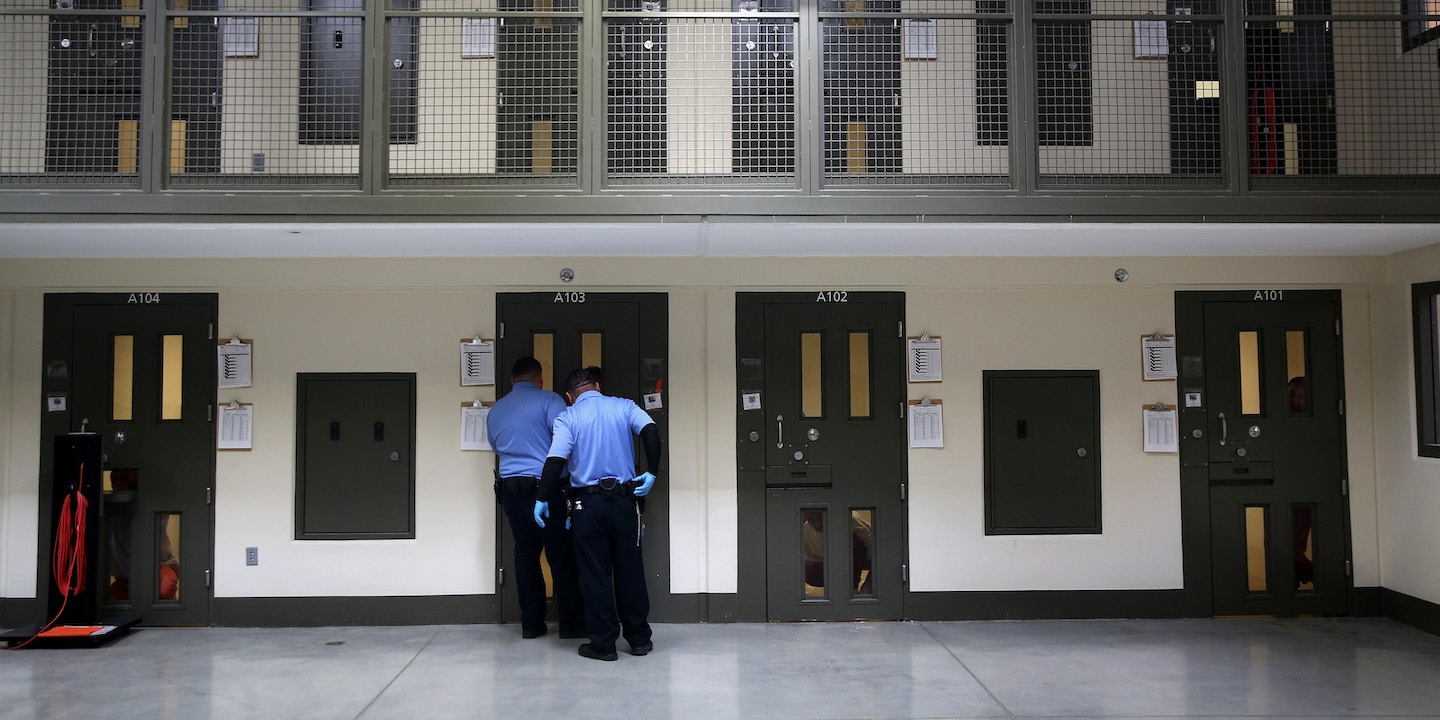 Elizabeth Warren, the Massachusetts senator and presidential candidate, sent a letter on Friday to Immigration and Customs Enforcement demanding answers about the agency’s use of solitary confinement, which she described as a “cruel and unnecessary solution for detainees” with special vulnerabilities.

“I am concerned that ICE continues to overuse and misuse solitary confinement — where detainees are locked down for at least 22 hours a day — as a cruel and unnecessary solution for detainees who have mental or physical disabilities, are disabled, have been victims of sexual assault or torture, or otherwise may be especially vulnerable and in need of protection,” Warren wrote in the six-page letter addressed to the acting director of ICE, Mark Morgan.

Her letter follows an investigation into ICE’s use of solitary confinement published last month by the International Consortium of Investigative Journalists and The Intercept, along with five other news organizations in the United States and Latin America. Our reporting, which included a review of more than 8,400 reports describing placement in solitary confinement from 2012 to early 2017, found that ICE uses isolation as a go-to tool, rather than a last resort, to punish vulnerable detained immigrants.

Warren, in her letter, points to the results of our investigation, recent reports by the Department of Homeland Security Office of Inspector General, and allegations by a DHS whistleblower who sounded the alarm about ICE’s misuse of solitary confinement for years before going public with her concerns for the first time in interviews with the reporting consortium.

“According to a trove of recently released documents, a former DHS employee, and two DHS IG reports that investigated solitary confinement at ICE facilities,” ICE was using solitary confinement sometimes as the only approach when it did not know what to do with individuals in its custody, including people with disabilities and LGBTQ people, Warren wrote.

“There is an urgent need for an expression of unflinching moral authority to challenge the use of torture and the imposition of inhumane conditions for human beings seeking protection required under our long-established body of immigration law,” the whistleblower, Ellen Gallagher, told The Intercept in reaction to Warren’s letter.

“There is an urgent need for an expression of unflinching moral authority to challenge the use of torture.”

ICE’s policies on the use of solitary confinement are laid out in the 2011 Performance-Based National Detention Standards and a 2013 directive. Under the directive, ICE is required to consider whether placement in solitary was used as a last resort for individuals with special vulnerabilities, a category that includes detained people who have a mental illness, have been victims of abuse, or would be at risk in a facility’s general population due to their sexual orientation or gender identity. Ellen Gallagher in her home in Massachusetts on May 8, 2019.

Photo: Kayana Szymczak for The Intercept

Gallagher first raised questions about the use of solitary in 2014, after she came across ICE’s segregation logs in her role as a policy adviser at the DHS Office for Civil Rights and Civil Liberties. She continued to escalate her concerns within and beyond DHS for four years, including by contacting the Office of Special Counsel, congressional oversight offices, and the DHS Inspector General’s office, where she now works.

“That’s what I’ve waited so long to hear.”

The senator’s office contacted Gallagher on Tuesday, and Warren’s letter represents perhaps the most significant step the legislative branch has taken to date in response to Gallagher’s whistleblowing. In June 2015, Sens. Chuck Grassley, R-Iowa, and Al Franken, D-Minn., sent a letter to then-Secretary of Homeland Security Jeh Johnson with questions about ICE’s use of solitary confinement, based on disclosures Gallagher had made.

Last month, Sen. Richard Blumenthal, D-Conn., responded to the ICIJ investigation by calling for a Senate hearing about ICE’s use of solitary at which Gallagher could testify.

“This report should shock the conscience of every member of Congress,” Blumenthal said. “Putting immigrants fleeing for their lives in solitary confinement, alone and away from any human contact for days, weeks, months is inhumane. It is un-American.”

Blumenthal sits on the Judiciary Committee, which has oversight over ICE. Because Republicans control the Senate, however, he is unable to call a hearing on his own. Warren, for her part, does not sit on any committee that has jurisdiction over ICE. Gallagher is a constituent of Warren’s.

“When Blumenthal said Congress should call a hearing, I felt a spark of hope that a senior senator, a leader, a committee chair would be willing to take seriously the volume of information so clearly displaying unjustified human suffering and take a principled position against it,” Gallagher said.

After learning that Blumenthal lacks the independent authority to call an oversight hearing, she asked Warren’s staffers what the Massachusetts Democrat might promise beyond Blumenthal’s position. “They indicated, ‘We have the bully pulpit.’” Gallagher said. “That’s what I’ve waited so long to hear, that someone in a position of power might look at this information and say, ‘This is clearly wrong; human beings should never be treated this way, period.’”