More Than 160 Environmental Defenders Were Killed in 2018, and Many Others Labeled Terrorists and Criminals

A new report by Global Witness documents the violence and criminalization faced by opponents of environmentally destructive industries. 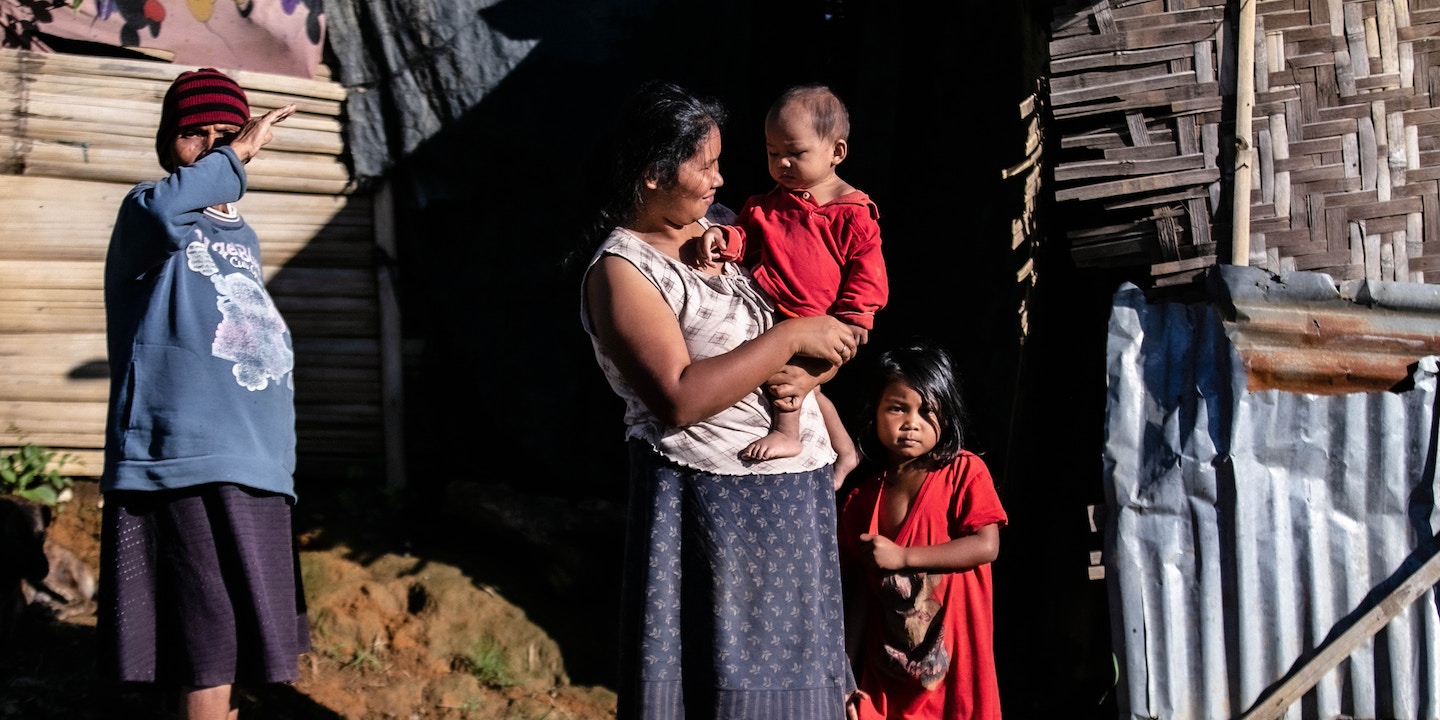 Victoria Tauli-Corpuz, the United Nations special rapporteur on the rights of Indigenous peoples, was disturbed to learn that her name had been included on a list of “terrorists” allegedly affiliated with the Communist Party of the Philippines and its armed wing, the New People’s Army.

Authoritarian President Rodrigo Duterte had imposed martial law on the island of Mindanao in May 2017, when ISIS sympathizers attacked the predominantly Muslim city Marawi. By October, ISIS had been ousted, but martial law remained in place. Tauli-Corpuz, who is Filipina and a member of the Indigenous Kankanaey Igorot people, saw the emergency suspension of rights transform into a tool to go after the Indigenous Lumad people, who have stood in the way of Duterte’s industrial priorities in the region, including agribusiness, coal extraction, and gold mining. In the two months after the ISIS conflict ended, the military’s harassment and violence reportedly displaced 2,500 Lumad people.

Tauli-Corpuz and Cecilia Jimenez-Damary, the U.N. special rapporteur on the human rights of internally displaced people, released a statement that December demanding that the Philippine government halt all human rights abuses against the Lumad, including killings and violent attacks carried out by members of the armed forces, and bring those responsible to account.

A few months later, the Duterte administration placed Tauli-Corpuz on a list of 600 so-called terrorists as part of a petition filed in court seeking to declare the Communist Party and its armed wing as terrorist organizations. Human Rights Watch declared the petition a “virtual hit list,” citing the “long history in the Philippines of the state security forces and pro-government militias assassinating people labeled as NPA members or supporters.”

Fearing for her safety, Tauli-Corpuz left the country. As she saw it, Duterte was once again using anti-terrorism rhetoric to attack the Lumad people and obtain access to their territory — this time by undermining a key international protector. Victoria Tauli-Corpuz, U.N. special rapporteur on the rights of Indigenous peoples, presents results after a visit to Ecuador at a hotel in Quito on Nov. 29, 2018.

Thirty land and environmental defenders were murdered in the Philippines last year — more than in any other country, according to a new report released by the nonprofit Global Witness. But murder only represents the extreme end of the spectrum of abuses faced by those fighting to protect their homes, forests, and rivers against the encroachment of destructive industries. For land defenders across the globe, a simple smear campaign — such as labeling an advocate a terrorist — can end with someone discredited, in prison, or dead. Any of the three results has the same effect: to eliminate a barrier to agribusiness, dam projects, or extractive industries.

For the first time since Global Witness began releasing its annual reports in 2012, the organization has included a section on criminalization, in which governments and private interests create, change, or reinterpret laws to transform once-legal activities into criminal acts.

“Criminalization is done to put fear into the hearts of people so they will stop protesting. For Indigenous people, this is a very serious action because when they criminalize a leader, then the whole community or organization gets paralyzed,” Tauli-Corpuz told The Intercept. “That’s what it’s intended to do — it’s intended to repress freedom of association and the freedom of people to express their own views.” In 2018, Global Witness documented 164 killings worldwide of people fighting to protect their land and ecosystems from destructive industries. Nearly a quarter of those murdered were Indigenous. And more than a quarter of the killings were associated with opposition to mining and extractives industries.

Colombia, India, and Brazil were also among the deadliest places for land defenders last year. And Guatemala, the origin country of a quarter of the migrants apprehended at the U.S.-Mexico border in 2018, had the highest rate per capita of land defenders murdered. According to Global Witness’s count, the number of murders there rose from three in 2017 to 16 in 2018. As The Intercept previously reported, the victims were fighting to protect their territories from a range of industries, from agribusiness to hydropower to mining. The uptick in violence has been linked to a sharp turn away from democracy in the country and President Jimmy Morales’s abandonment of internationally lauded efforts to combat impunity and corruption.

In its report, Global Witness makes clear that its tally of land defenders murdered is almost certainly an undercount. Researchers rely heavily on in-country human rights organizations and journalists to record such attacks. In countries where press freedom is stymied or other conflicts complicate the ability of such groups to track violent incidents, land and environmental defender deaths go unrecorded.

Tauli-Corpuz’s experience underlines the risks undertaken by those who simply document violence and intimidation. In Guatemala, too, the leaders of the nonprofit Unit for the Protection of Human Rights Defenders, who meticulously track murders, arrests, and smear campaigns against people fighting destructive industries, have themselves faced some of the same threats as those for whom they advocate. Lucas Jorge Garcia, a member of the Ixquisis peaceful resistance against the San Mateo hydroelectric project, poses for a photo along Río Negro in Huehuetenango, Guatemala, on April 26, 2019.

Alice Harrison, a spokesperson for Global Witness, said that a focus strictly on murders obscures the wider range of violence and persecution land defenders face. For example, last year was the first since 2012 that Brazil did not have the highest number of deaths on the organization’s tally. But advocates for land defenders in Brazil, Harrison said, “have seen an uptick in really violent physical attacks, a lot of them just shy of murder.” It’s expected to get worse, she said. President Jair Bolsonaro has pledged to open up the Amazon and Indigenous territories to industry; budget and staffing have been slashed at Brazil’s environmental monitoring agency as well as the agency responsible for monitoring the rights of Indigenous people in areas with violent land conflicts.

And across Latin America, killings often occur only after individuals have been framed as criminals through the legal system. The Honduran environmental activist Berta Cáceres, for example, faced years of legal pressure before being assassinated by hit men hired by the dam she opposed.

“When you start looking at defenders through criminalization, you start to draw dots between global south and global north,” said Harrison. In countries like the U.S. and the U.K., murders of land defenders are rare, but arrests, lawsuits, and disproportionate penalties for crimes like trespassing are common. In countries across the globe, new laws have been passed that criminalize dissent under the guise of national security.

In 2018, according to Global Witness, Bangladesh, Egypt, Indonesia, Nicaragua, and Vietnam passed laws that could be used to stifle political dissent or prosecute environmental activists.

The U.S. has also seen a spate of anti-protest laws passed. Since Donald Trump was elected, at least 17 states have introduced bills increasing penalties for anyone who interferes with “critical infrastructure,” including controversial oil and gas pipelines. The laws have passed in eight states. This past June, the Trump administration proposed federal legislation that would prescribe up to 20 years in prison for disrupting or conspiring to disrupt an oil or gas pipeline.

With supporters of unfettered development like Duterte, Trump, and Bolsonaro in positions of power across the globe, the risks for environmental defenders are only expected to increase, even as the accelerating climate and biodiversity crises enhance the urgency of their work.

Harrison would like to see a stronger regulatory environment for land defenders. As an example, she points to the Lacey Act in the U.S., which requires wood importers to assure that their suppliers are not sourcing logs using illegal practices. Nothing equivalent exists in the U.S. for industries like agribusiness.

Tauli-Corpuz says organizing against laws that criminalize protest is essential. In the Philippines, a court ordered that her name be removed from the terrorist list following sustained pressure from local and international organizations. Eventually, the list was thrown out entirely.

But martial law is still in place in Mindanao, and the label of “terrorist” or “Communist” is still used across the Philippines as an excuse to criminalize and attack the Lumad and other Indigenous land defenders.

“We cannot just take these kinds of actions quietly. We have to protest and get the support of the international community and other people who are concerned about this kind of fascism,” Tauli-Corpuz said. “It’s really important to wage a campaign any time such criminalization happens — that is one way of protecting people.”