The 3M-funded study is at odds with extensive scientific literature based on large populations of people who had been exposed to PFAS for years. 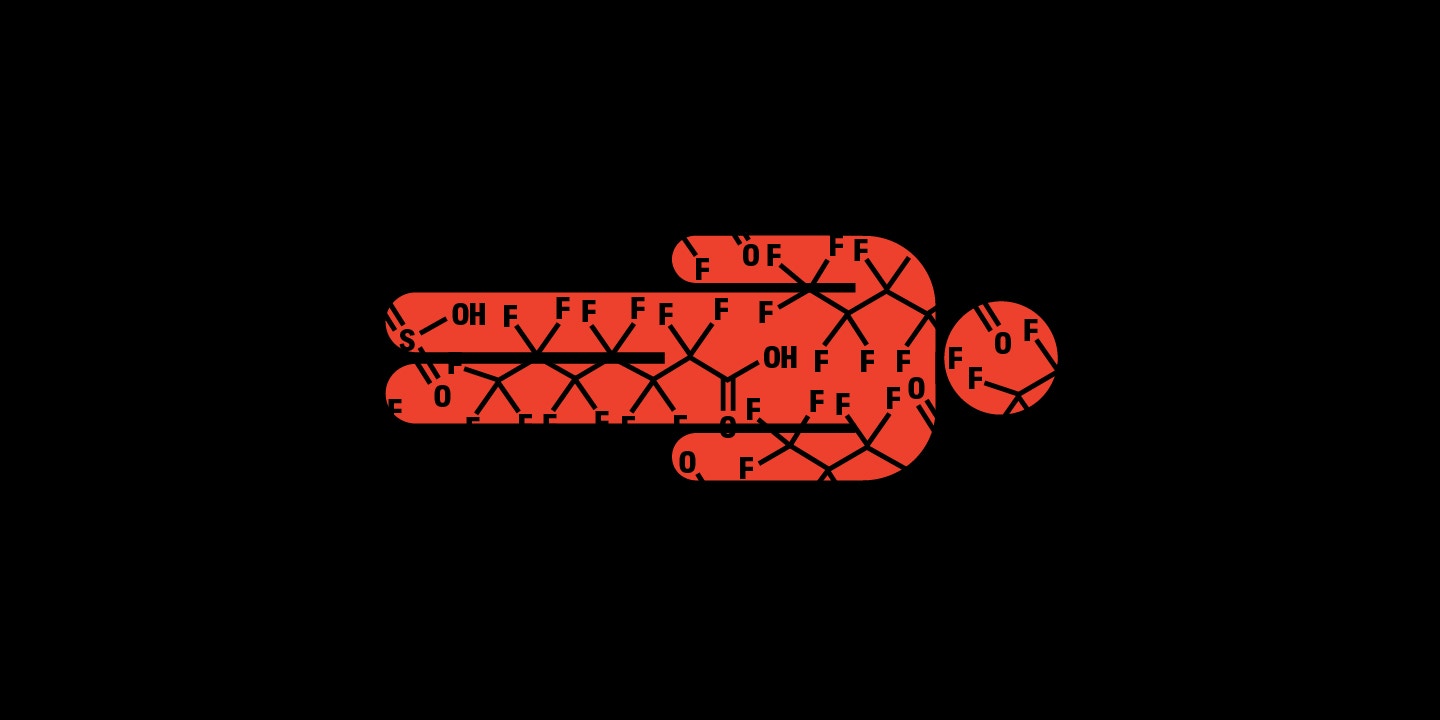 Defenders of the chemicals known as PFAS have seized upon an industry-funded study of cancer patients as evidence that PFOA, the compound used to make Teflon, firefighting foam, and many other products, isn’t as dangerous as it seems.

The study, which was funded by the Minnesota-based global conglomerate 3M and published in February 2018 in the journal Toxicological Sciences, was based on a clinical trial conducted by the company CXR Biosciences, in which 49 terminal cancer patients were exposed to high doses of PFOA. Now recognized as a widespread water contaminant, PFOA was originally developed by 3M.

The authors of the study, who include a 3M staff scientist and two University of Minnesota faculty members who received research grants from the company, as well as two of the authors of a 2010 abstract summarizing the original clinical trial, initially describe its purpose as assessing the chemotherapeutic potential of PFOA. Yet the paper contains little mention of how the chemical affected patients’ cancers and instead focuses on their cholesterol levels, which appeared to decrease slightly over a six-week trial period. (Since the study’s publication, one of its authors, Matteo Convertino, left the institution.)

The authors suggest that their finding upends the observation made in many other studies that environmental exposure to PFOA increases cholesterol levels and may motivate “re-examination of the implications of population studies exposed to much lower levels of PFOA,” as they write in the abstract.

Indeed, the finding in cancer patients is at odds with the extensive scientific literature on the chemicals based on populations of people who had been exposed to PFAS for years. That research shows that very low levels of the chemicals, which accumulate in the body over time, cause elevated cholesterol levels and interfere with developmental, hormonal, reproductive, and immune function. Among the health problems associated with the chemicals are reduced penis size, thyroid disease, and cancers.

Although PFOA does not appear to have helped combat the cancers in any way and, according to a note in the text, left some patients unable to complete the regimen due to fatigue, nausea, vomiting, and diarrhea, the industry has promoted the research on cancer patients as a win. “Good News on PFOA” was the heading of a 2010 email about early results from the original clinical trial that Mike Neal, a member of the trade organization PlasticsEurope, sent to his colleagues. The email forwarded results from the study sent to him by a DuPont scientist.

Lawyers for DuPont tried to introduce early results from the research as evidence in a 2015 trial filed on behalf of a woman who developed kidney cancer after drinking PFOA-contaminated water. The judge disallowed the attorneys from mentioning the study, and the company was ultimately found liable in the case.

As pressure mounts for states and the federal government to set regulatory levels for PFAS, industry groups that face liability over water contamination have turned to the small study as evidence that the scientific approaches previously used to calculate safe exposures levels “are not predictive of humans and result in unreasonably conservative values,” as the American Petroleum Institute wrote in comments it submitted to the Environmental Protection Agency on June 10. (Among the many industrial uses of PFAS are oil and gas extraction and mining.)

The industry has promoted the research as a win.

The U.S. Chamber of Commerce, the American Forest & Paper Association, and the American Fuel & Petrochemical Manufacturers also embraced the 3M paper’s findings. In a June letter to the EPA commenting on the agency’s proposed recommendations for addressing PFAS contamination, the groups referred to the study as “very important for predicting appropriate risk-based drinking water values.” A letter from the American Chemistry Council about the same proposed regulations also cited the research.

While industry representatives have also called on state regulators to consider the cancer patient research as they weigh safety levels for PFAS, some have rejected the suggestion. New Jersey’s Drinking Water Quality Institute responded with skepticism to a 2014 request from the Chemistry Council of New Jersey to consider the then-unpublished research on the cancer patients, which was submitted to the agency as an abstract. While the industry group argued that the experiment showed that patients’ liver and kidney function wasn’t affected by PFOA, state regulators pointed out that the abstract referred to a patient who “experienced drug related toxicity (DLT) consisting of ‘grade 5 renal failure.’” It is unclear why that patient isn’t mentioned in the published paper.

In an email with some grammatical errors and a misspelling, Matteo Convertino, the study’s first author, wrote that CXR Biosciences conducted the original research on the cancer patients and that he and his co-authors used their data to produce the paper. “As far as we know, the study was conducted under Ethics Committed review at all the clinic sites and subjects gave written informed consent,” he wrote. “3M, that funded our study, was only interested in the assessment of PFOA effects on recorded physiological indicators.” Asked what basis they had for believing that PFOA might be of chemotherapeutic value, Convertino wrote on behalf of himself and one of his co-authors, Timothy Church, “Neither of us is expert in chemotherapy and cannot vouch for the rationale CXR gave for the anti-neoplastic potential of PFOA.”

The New Hampshire Department of Environmental Services cast doubt on the 2018 study, noting in a June document responding to public comments on the state’s proposed safety standard for PFAS that “NHDES has serious reservations about relying on the results of such a study with a small sample size, restrictive inclusion criteria for participants, and the use of late-stage cancer patients whose metabolic function is not likely comparable to the general population.”

A medical ethicist also expressed serious reservations about the study. “The paper raises lots of ethical questions,” said Robert Klitzman, a professor and academic director of the master’s program in bioethics at Columbia University. Klitzman noted that the authors did not present their cholesterol findings in “clinically meaningful terms” and raised questions about what the terminally ill patients were told when asked to participate in the study.

Alan Ducatman, a physician who has extensive experience researching the health effects of PFOA, pointed out that neither the dose used in the study nor its duration reflect typical environmental exposures to the chemical. Ducatman also took issue with the study’s size. “These guys are saying their 49 dying cancer patients are better than the hundreds of thousands of people that have already been studied,” he said. “It makes no sense.”

Nevertheless, Ducatman can expect to hear more about the experiment in the coming days. He is among 400 people attending a national meeting of the Society of Environmental Toxicology and Chemistry focusing on PFAS this week. The toxicologist Michael Dourson, who helped plan the meeting, is publishing a paper that uses the cancer patient research to question human sensitivity to PFOA and will display this work at the meeting, according to an email he sent to colleagues. Sponsors of the meeting include 3M; the global industry trade group FluoroCouncil, representing companies that make PFAS; and the environmental research programs of the Department of Defense — all entities that have huge financial stakes in the regulation of PFAS.

This isn’t the first time that Dourson has weighed in on how to calculate safety levels for PFOA. In 2000, the toxicologist was recommended by DuPont executives to help West Virginia set a regulatory level for the chemical. Dourson’s consulting company, Toxicology Excellence for Risk Assessment, had “a very good reputation among the folks that are still in the business of blessing criteria,” one executive explained, going on to praise TERA’s ability to “assemble a package and then sell this to EPA, or whomever we desired.” Dourson’s company got the job and, in 2002, helped West Virginia set a regulatory level that was 150 times higher than an internal safety level set by DuPont. (Dourson, whom Trump nominated in 2017 to run the EPA’s chemicals program, was not confirmed for that job in part because of concerns about his record on PFAS.)

Nor is the cancer patient study the first to raise the idea that PFOA, a known cause of disease and environmental contamination, might provide health benefits. Industry consultants known as the Weinberg Group sent a now-notorious memo to DuPont in 2003 recommending that the company “reshape the debate by identifying the likely known health benefits of PFOA exposure.” (DuPont has denied that it hired the consulting firm. But, as The Intercept reported in 2015, the Weinberg Group invoiced DuPont for work several months after the memo was sent.)

The Weinberg Group laid out a strategy for halting mounting investigations into the dangers of PFOA, “which discourages governmental agencies, the plaintiff’s bar, and misguided environmental groups from pursuing this matter any further.” Among the group’s suggestions was “constructing a study to establish not only that PFOA is safe over a range of serum concentration levels, but that it offers real health benefits.”

Update, August 13, 2019:
This story and its headline have been updated to clarify that 3M did not fund the original clinical trial of the cancer patients.