Trump noted that the overthrow of Moammar Gaddafi in 2011 sent foreign leaders a lesson: Disarmament can lead to your own personal doom. 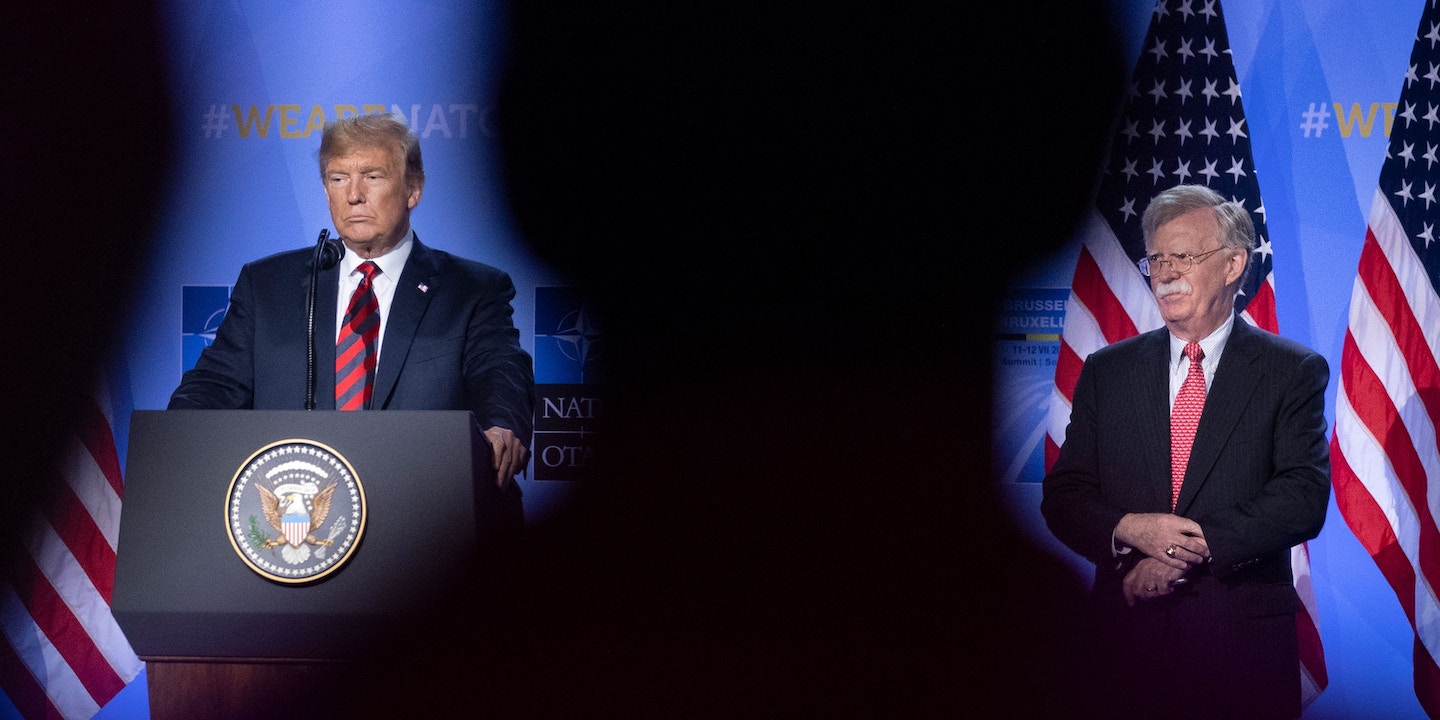 On Thursday, President Donald Trump did something truly shocking: He told the truth.

He made some very big mistakes. When he talked about the Libyan model for Kim Jong Un, that was not a good statement to make. You just take a look at what happened with Gaddafi.

Joe Cirincione, president of the Ploughshares Fund, said that Trump “is not ‘siding with Kim Jong Un’ when he points out, correctly, that Bolton’s surrender model of negotiations is a complete nonstarter for North Korea.” Trump’s statement has a deep significance, one that the Americans should consider carefully.

Back in 2018, Bolton told Fox News that the U.S. had “very much in mind the Libya model” for North Korea. Americans hear those words and think that it means another country gets rid of its nuclear weapons program in one fell swoop, and then, motivated by our love of peace, we shower them with benefits. When Libya agreed to surrender its rudimentary nuclear program in 2003, President George W. Bush promised that the nation would “regain a secure and respected place” in the world.

Foreign leaders listen to those words and hear something different. To them, “the Libya model” means that (1) Like Libya, they give up any nuclear weapons or the possibility of ever acquiring them; (2) the U.S. responds by attacking and overthrowing their government, like we did to Libya in 2011; (3) they, like Moammar Gaddafi, end up dead in a ditch. This could also be called the “Iraq model,” except that Saddam Hussein’s corpse did not spend any time in a ditch.

We know that this is how North Korea interpreted Bolton’s statement because it said so, over and over again. That was also the lesson North Korea took from the Libyan war at the time.

This is the context in which everything must be seen when the U.S. demands that other countries disavow nuclear weapons. We’ve explicitly demonstrated to foreign leaders via the Iraq and Libyan wars that disarmament isn’t the path to security but to their own personal doom. As one of Gaddafi’s sons said as the bombs fell, “We gave up our nukes and they screwed us.” It would have been unlikely under any circumstances that North Korea would give up its nuclear weapons, but with these object lessons in front of the country, it’s nearly impossible to imagine. The record of America’s bad-faith actions makes it all the more startling that Iran was willing to sign the Joint Comprehensive Plan of Action, which severely reduced its ability to produce the fissile material needed for nukes.

None of this is any secret. Even the Marine Corps University published a study concluding that the Libyan war would encourage other countries to keep or get nuclear weapons.

Yet it took Trump, the biggest liar to ever occupy the Oval Office, to acknowledge some of this reality. By contrast, Barack Obama himself proposed another kind of “Libya model” back in 2012, although for Iran, not Libya. Speaking of his desire to strike a nuclear deal with Tehran, he said:

Obama did not reference the next part of the Libya story by adding, “And then, thanks to me, Gaddafi was sodomized with a bayonet.”

Interestingly, we now know that Obama was well aware that deposing Gaddafi could send a strong message to other countries that they should keep their nuclear programs, and decided to go ahead anyway. Samantha Power, who was serving on Obama’s National Security Council at the time, writes in a new memoir that during a meeting on Libya:

[Obama] heard the powerful argument that U.S. military action might ultimately hurt the cause of nuclear nonproliferation. … Other governments — like that in Iran — might see what happened to Libya and accelerate their pursuit of nuclear weapons as a deterrent. … It is possible that the NATO-Arab intervention in Libya affected the calculation of North Korea’s Kim Jong-un.

All in all, it’s a grim story for anyone worried about nuclear proliferation. We can’t roll back the clock and un-fight the Iraq and Libyan wars. But Americans can at least start by understanding that we’ve made it much more likely that other countries will decide that they must get nuclear weapons.