After massacres at El Paso and Dayton, NRA urged gun owners to “show that you won’t be intimidated” by calls for reform. 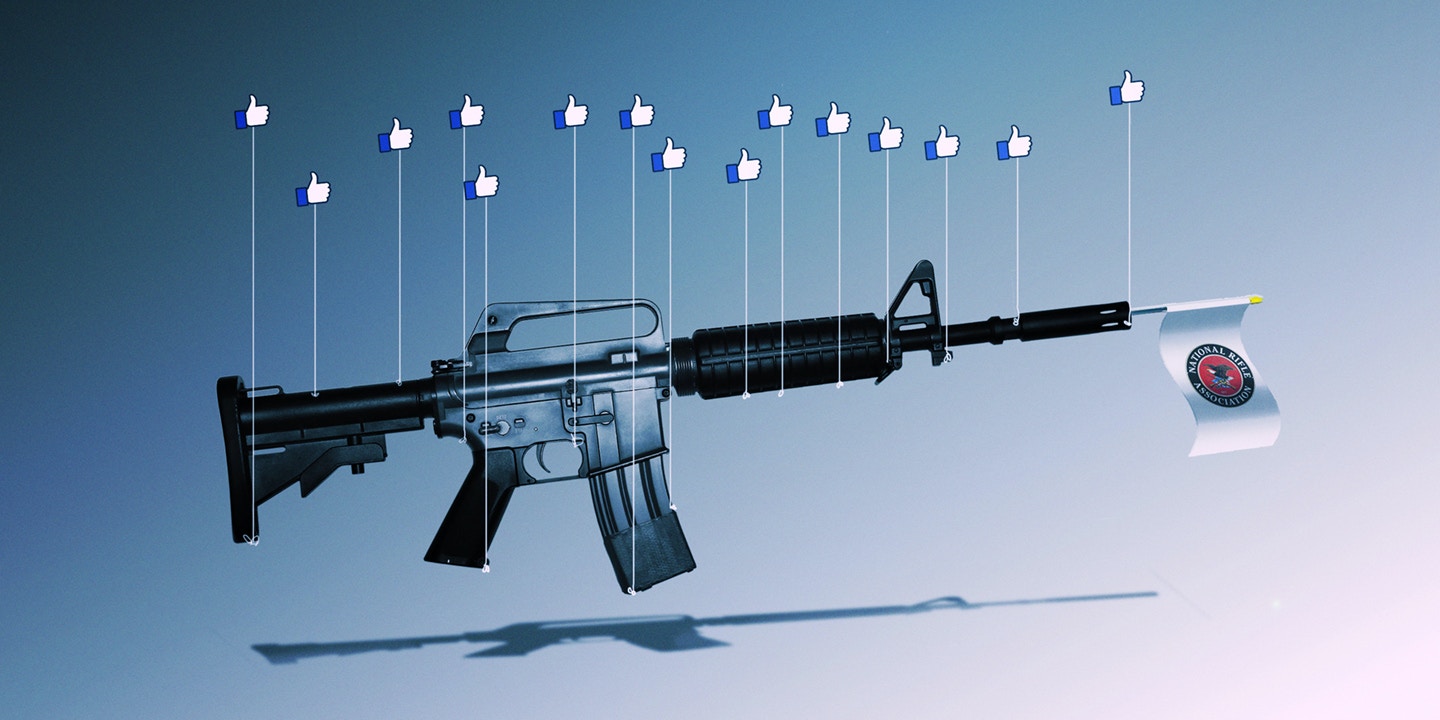 The National Rifle Association nearly doubled its spending on pro-gun Facebook propaganda for three weeks after the mass shootings in El Paso, Texas, and Dayton, Ohio, according to analytics provided to The Intercept.

The social advertising surge began just one day after the El Paso massacre, which left 22 people dead, and on the same day as the Dayton killings, which took 10 lives. At one point in this period, the NRA was spending $29,000 on a day’s worth of Facebook ads, nearly four times as much as before the shootings, according to Pathmatics, a company that monitors online advertising spending.

The ad spending was conducted through the NRA’s lobbying arm, the Institute for Legislative Action, which, in the four weeks before the shootings, spent on average just over $9,400 a day on Facebook ads. Then came the El Paso shooting on August 3 and Dayton on August 4. Between August 4 and August 25, the institute spent around $360,000 on Facebook — roughly $16,500 per day — reaching a peak of over $29,000 on August 18, according to Pathmatics, which said that it gathered this data from a panel of hundreds of thousands of Facebook users who opt in to automatically share information about the ads they’re shown.

Altogether, the ads bought in this period were viewed tens of millions of times, the analytics firm estimated.

Those figures don’t even include ads originating from the main NRA Facebook page, which, according to Facebook’s ad transparency portal, typically run around a few thousand dollars per day.

“The NRA’s ad spend has spiked significantly, which isn’t surprising for an organization in the midst of a reputation battle and crisis,” Pathmatics CEO Gabe Gottlieb told The Intercept.

The NRA did not respond to a request for comment.

At a time when the role of guns in society was at a national nadir, the NRA’s ads were run-of-the-mill pro-gun messaging, including the perennial characterization of American gun ownership as something under attack and threatened, according to images and videos of the material provided by Pathmatics. “Show that you won’t be intimidated by the toxic anti-gun hatred and threats,” reads one ad, which began running just three days after El Paso. “Punishing law-abiding gun owners is NOT the answer!” read another frequently used ad image.

The ad surge after El Paso and Dayton came more quickly than a similar uptick after last year’s shooting at Marjory Stoneman Douglas High School in Parkland, Florida, which was followed by a brief NRA advertising hiatus. But then, as now, the NRA eventually ramped up its Facebook spending. According to a 2018 Chicago Tribune report, also based on Pathmatics data, the NRA’s average daily spending on Facebook ads quadrupled for 24 days after Parkland, to $47,300.