After meeting with Reps. Nancy Pelosi and Richard Neal, Trumka assured the Congressional Progressive Caucus that he is on the same page as House leadership. 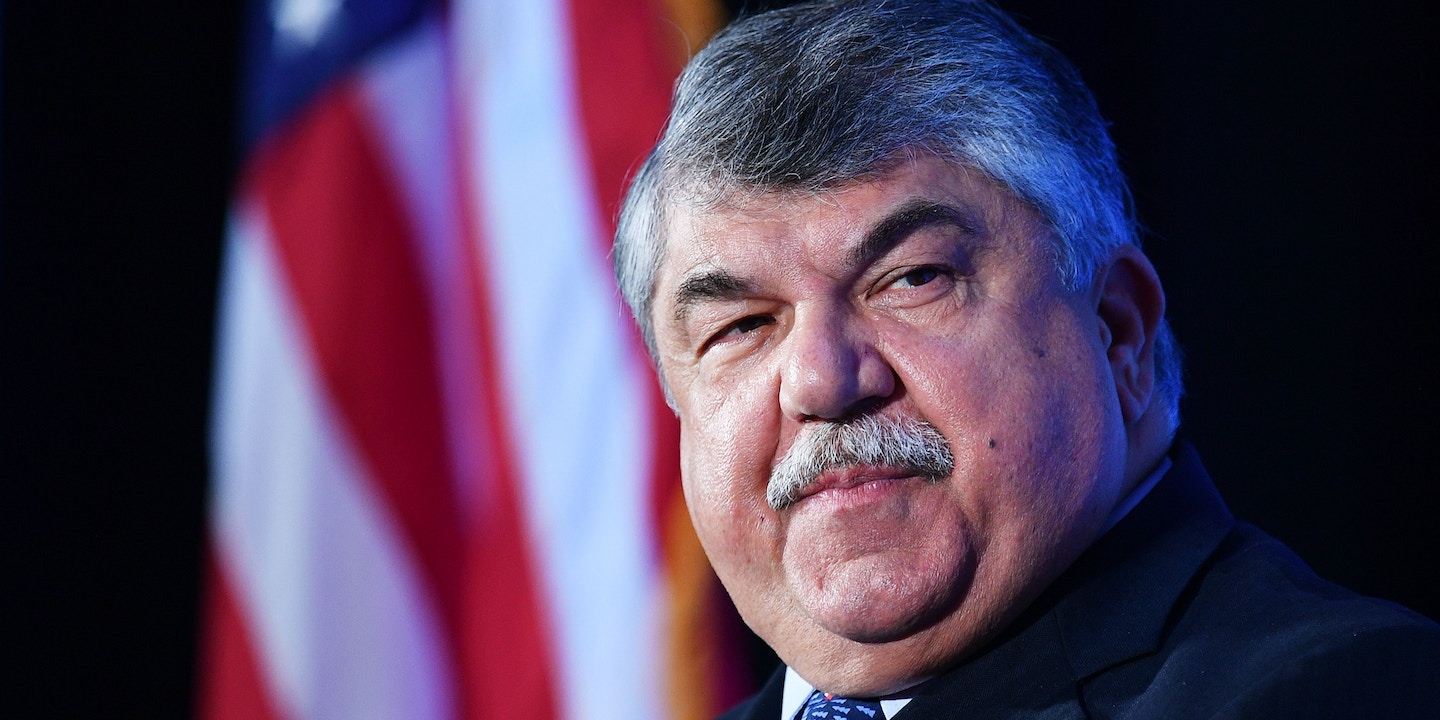 Trumka told The Intercept he was happy with his conversations with leadership on getting enforceable labor standards included in the current text of the United States-Mexico-Canada Agreement, or USMCA. Asked if he thought the pact would come to the floor, Trumka said they weren’t there just yet. “We don’t have an agreement yet,” he said.

Centrist Democrats Have a New Idea to Win Reelection: Ignore Labor and Give Trump a Major Trade Deal

CPC Co-Chair Mark Pocan told The Intercept that Trumka “gave a very optimistic presentation” and said that he, Pelosi, and Neal “were absolutely in the same place” on labor’s concerns with the text as it stands and addressing them before it reaches the floor. Trumka expressed “confidence that if those aren’t addressed, the bill’s not coming to the floor,” Pocan said.

The Intercept reported Tuesday morning that Rep. Cheri Bustos, the chair of the Democratic Congressional Campaign Committee, was pushing to bring the agreement to the House floor without fully satisfying demands from environmentalists, labor unions, and patient advocates concerned on drug pricing. Pocan said he asked Trumka about The Intercept’s reporting on Bustos’s strategy. “I can’t speak for Cheri. But what he presented from his conversation just yesterday with the speaker is that they’re very much aligned. He seemed very optimistic,” Pocan said. “Unless those labor issues aren’t resolved, then it’s difficult to see it come to the floor.”

Pocan said that after Monday’s meeting, Pelosi and the AFL-CIO were “at the exact same spot” strategically. Bill Samuels, director of government affairs for the AFL-CIO, said that he and Trumka received “indirect assurances” during the meeting with leadership — which Bustos did not attend — that The Intercept report had “mischaracterized” Bustos’s position, and that she was on board with the labor union and leadership strategy.

Rep. Jan Schakowsky, D-Ill., who is part of the USMCA House Democrats working group and co-chairs the group’s biologics task force, said the deal could be the most progressive of its kind, but it’s not done yet. “If labor doesn’t sign off, we’re not signing off,” she said.

Texas Rep. Lloyd Doggett, who has been pushing to strengthen Pelosi’s drug-pricing legislation, said the USMCA text in its current form needed to “remove the giveaway to big pharma” and improve enforcement mechanisms for both labor and the environment. Asked if he would vote for the agreement if the labor provisions weren’t included, Doggett said, “I don’t think we’re gonna ever get to that point. Because I think in order to get this approved by a Democratic House, the ambassador is going to realize that these provisions have to be meaningful.”

Asked what provisions he wanted included in the USMCA, Trumka said he was looking for the same assurances the AFL-CIO has been asking for 10 years. “There’s three levels. The first level is: Can Mexico enforce their own laws? If they can’t, deal off. Second level is, you gotta stop the panel blocking. The third one is the Brown-Wyden mechanism that allows workers to be able to stop products that are produced under violation from coming into the country.”

“If they can’t enforce their own laws, no trade agreement can work.”

In a statement to The Intercept, Pelosi’s deputy press secretary Henry Connelly did not provide specifics on the commitments the speaker made to Trumka. “Establishing robust enforcement mechanisms in USMCA to actually protect American workers has been a top priority for Democrats, and we’ve worked closely with President Trumka and organized labor as we push the Administration for these vital changes,” Connelly said. Neal’s office did not immediately respond to requests for comment.

Centrist Democrats Have a New Idea to Win Reelection: Ignore Labor and Give Trump a Major Trade Deal