Buttigieg’s politics are the inverse of Sanders’s ironclad democratic socialism, but spoken with the same resoluteness of tone and courage of conviction. 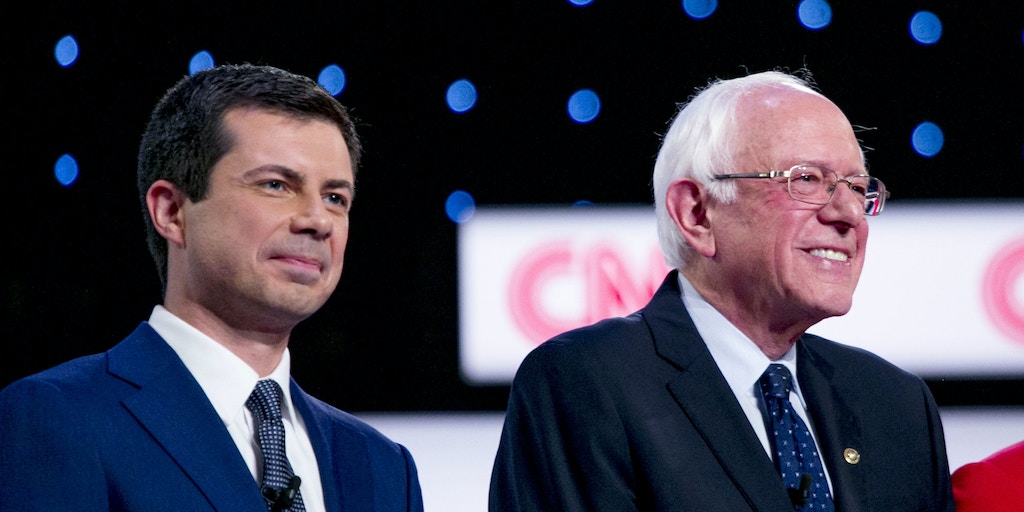 Pete Buttigieg, mayor of South Bend, and Sen. Bernie Sanders, an independent from Vermont, stand on stage during the Democratic presidential debate in Detroit, on July 30, 2019.

If you could scientifically tailor a human being to possess all the characteristics of a president palatable to the American political establishment, the product would probably look and sound something like Pete Buttigieg. The mayor of South Bend, Indiana, was valedictorian in high school before heading off to Harvard and Oxford. After college, he served in the Navy in Afghanistan and did a stint as a consultant at McKinsey (which he refuses to violate a nondisclosure agreement to talk about, but seems to have informed his approach to governing). He speaks numerous languages, reads books most of us don’t, and gives eloquent speeches in defense of a political agenda that does its best to reassure the American corporate class. His entire life up to this point has been finely crafted to check all the boxes required to reach the White House.

The only blip in Buttigieg’s resume is an essay he wrote in 2000 as a South Bend high schooler praising one of his current rivals in the primary.

Buttigieg wrote the essay as an entry in the John F. Kennedy Profile in Courage Essay Contest for high school students when he was a senior at St. Joseph High School. He won, naturally. It was titled, simply, “Bernie Sanders.”

In it, Buttigieg argued that American democracy is in crisis, thanks to the “troubling tendency towards cynicism among voters and elected officials” that is a product of “candidates … discover[ing] that [it] is easier to be elected by not offending anyone rather than by impressing the voters.”

Buttigieg criticized these unprincipled vacillations, rooted in officials’ never-ending quest to appear electable. Politicians are “rushing for the center, careful not to stick their necks out on issues. … Just as film producers shoot different endings and let test audiences select the most pleasing, some candidates run ‘test platforms’ through sample groups to see which is most likely to win before they speak out on major issues.”

Sanders, he said, is the exception to this trend.

Sanders was then a member of the House of Representatives, and Buttigieg admired Sanders’s embrace of socialism at a time when communism was still “the dirtiest of ideological dirty words.”

“In a climate where even liberalism is considered radical, and Socialism is immediately and perhaps willfully confused with Communism, a politician dares to call himself a socialist? He does indeed,” Buttigieg wrote.

Many people have pointed out the irony that Buttigieg praised Sanders, when he is now running concertedly against the leftward pull that Sanders is helping effect in American politics. But if you read the essay closely, it comes off as less of an anomaly and more a reflection of the Mayor Pete we have come to know on the 2020 campaign trail.

Buttigieg offered passing praise for the substance of Sanders’s policies, but he was more animated by Sanders’s political consistency over the years, rather than the actual substance of the policies Sanders has stayed consistent on. “His energy, candor, conviction, and ability to bring people together stand against the current of opportunism, moral compromise, and partisanship which runs rampant on the American political scene,” Buttigieg wrote. He didn’t praise Bernie for being an unshakeable socialist as much as he praised him for being unshakeable, period.

Buttigieg has taken that lesson about courageous unshakability to heart on the 2020 campaign trail — just in the opposite political direction.

He didn’t praise Bernie for being an unshakeable socialist as much as he praised him for being unshakeable, period.

At a time when the American electorate is more open to progressive, even socialist, ideas than ever — with a socialist drawing strong numbers in his campaign for president and numerous polls showing that a majority of Americans support policies like Medicare for All — Buttigieg has emerged as a presidential candidate who has the courage to tell them no. Quite literally: Just watch the recent video from the campaign trail, in which a young Iowan posed a question to the mayor, “I wanted to ask if you think that taking big money out of politics includes not taking money off of billionaires and closed-door fundraisers.”

Buttigieg never broke eye contact with the questioner, resolutely and unhesitatingly responding, “No.” Then he smiled as he walked away.

You can’t accuse a politician like that of opportunism. He isn’t concerned with pandering to his audience; in that moment, he appeared to believe in the political and moral rectitude of accepting large donations from the corporate class and wasn’t afraid to say so to a voter’s face. It’s the inverse of Sanders’s ironclad democratic socialism, but spoken with the same resoluteness of tone, the same courage of conviction.

Despite his courageous efforts, Buttigieg had to back off his refusal to disclose his big-money donors. But overall, Buttigieg has stood by those convictions throughout the campaign by opposing progressive policy proposals. He has insisted that any higher education reform should come with means testing, and remained a supporter of charter schools and market reforms to public schools at a time when much of the Democratic Party is backing away them. His student debt forgiveness plan is far stingier than Sanders’s or Sen. Elizabeth Warren’s, and Sunrise Movement protesters occupied his South Bend office last month in protest of the weakness of his local climate change proposal.

Buttigieg ended his essay by saying, “I commend Bernie Sanders” for showing that American politics are not “beyond redemption. I have heard that no sensible young person today would want to give his or her life to public service. I can personally assure you this is untrue.” Sanders’s politics do appear to have inspired Buttigieg politically, but not to demand more progressive policies and less corporate power dictating American life — rather, to have the fortitude to look those demands in the eye and say no. 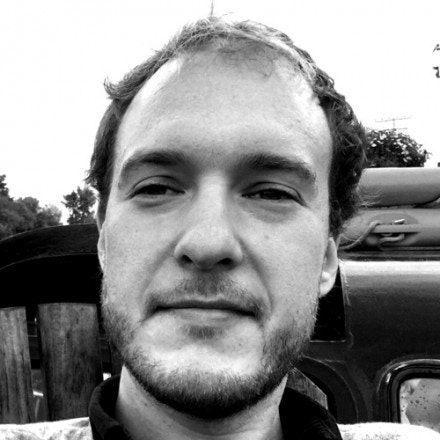