The Bloomberg campaign said it ended the arrangement after learning of the prison call centers from an Intercept inquiry. 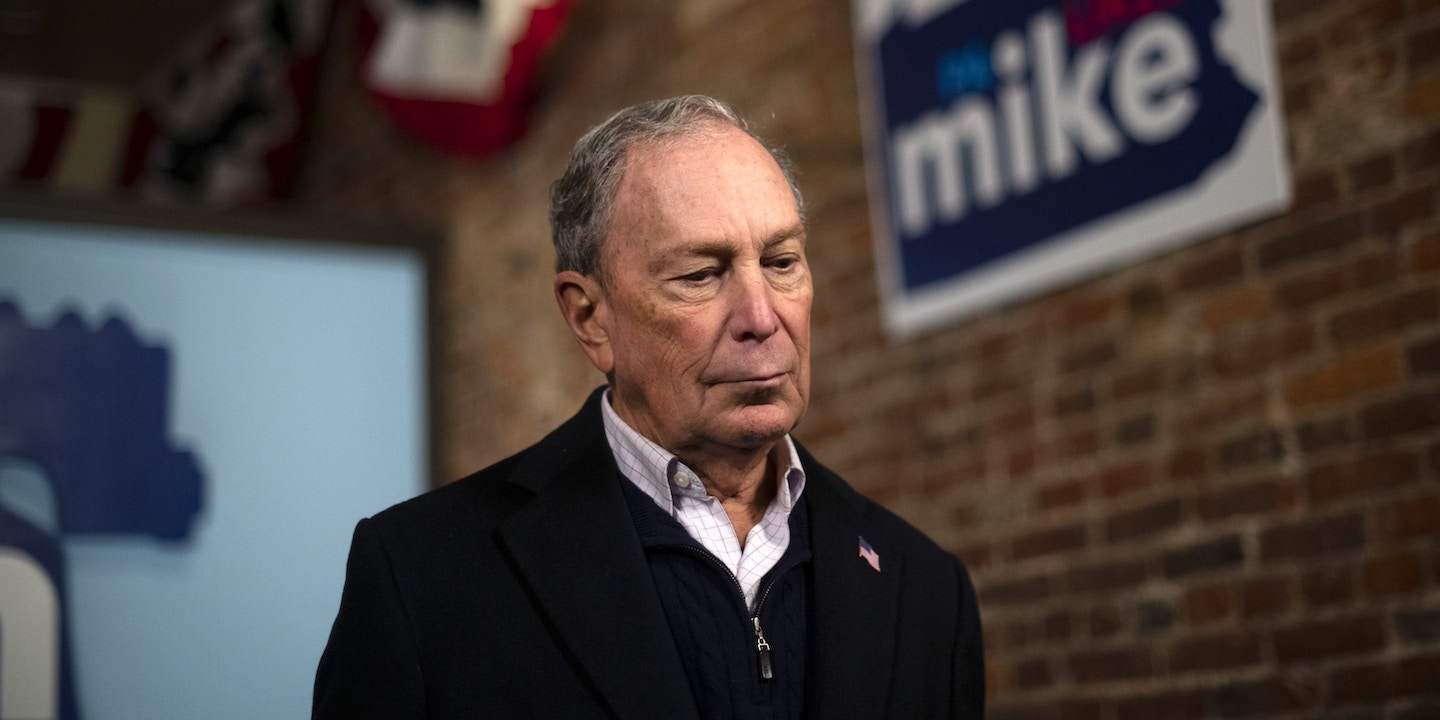 Former New York City mayor and multibillionaire Democratic presidential candidate Mike Bloomberg used prison labor to make campaign calls. Through a third-party vendor, the Mike Bloomberg 2020 campaign contracted New Jersey-based call center company ProCom, which runs calls centers in New Jersey and Oklahoma. Two of the call centers in Oklahoma are operated out of state prisons. In at least one of the two prisons, incarcerated people were contracted to make calls on behalf of the Bloomberg campaign.

According to a source, who asked for anonymity for fear of retribution, people incarcerated at the Dr. Eddie Warrior Correctional Center, a minimum-security women’s prison with a capacity of more than 900, were making calls to California on behalf of Bloomberg. The people were required to end their calls by disclosing that the calls were paid for by the Bloomberg campaign. They did not disclose, however, that they were calling from behind bars.

“We didn’t know about this and we never would have allowed it if we had. We don’t believe in this practice and we’ve now ended our relationship with the subcontractor in question.”

The Bloomberg campaign confirmed the arrangement in an emailed statement to The Intercept. “We didn’t know about this and we never would have allowed it if we had,” said Bloomberg spokesperson Julie Wood. “We don’t believe in this practice and we’ve now ended our relationship with the subcontractor in question.”

The campaign said it did not know about the arrangement between ProCom and an undisclosed campaign vendor until The Intercept made its inquiry. The campaign then ended the relationship on Monday and said it has asked vendors to do a better job of vetting subcontractors in the future.

“The use of prison labor is the continued exploitation of people who are locked up, who really have virtually no other opportunities to have employment or make money other than the opportunities given to them by prison officials,” said Alex Friedmann, managing editor of Prison Legal News and an advocate for incarcerated people’s rights.

John Scallan, a ProCom co-founder, said his company pays the Oklahoma minimum wage of $7.25 an hour to the Oklahoma Department of Corrections, which then pays the incarcerated people working in the call centers. The Department of Corrections website lists the maximum monthly wage for the incarcerated at $20 dollars a month, but another policy document says there is a maximum pay of $27.09 per month.

When asked if their total monthly earnings are capped at these levels, Scallan said incarcerated people who work for ProCom make far higher wages. “I can tell you unequivocally that is not us,” Scallan said. “Some of them are making that much every day.”

The Oklahoma Department of Corrections did not respond to multiple requests for comment to clarify the discrepancy, nor to answer questions about ProCom’s arrangement with the Bloomberg campaign.

Coming into the race late, Bloomberg has plowed millions of dollars into his long-shot bid to take the White House. According to Forbes, the former New York mayor is worth $54 billion, making most of his money from the financial information and media company that bears his name. After entering the crowded race in November, Bloomberg’s campaign has already hired more than 200 staffers in 21 states and spent over $76 million in television advertisements. Newsweek estimated that Bloomberg could spend billions on his campaign.

Prison labor has been used in a federal election on at least one other occasion. In 1994, the late Republican congressperson from Washington state, Jack Metcalf, used prison labor to make campaign calls and was subsequently elected to Congress, where he served three terms.

Initially, Stephen McQuaid, a director of business development at ProCom, told The Intercept that the company had no current contracts with the Bloomberg campaign. When pressed on whether the company did any past work for Bloomberg, McQuaid gave a long-winded response: “To my knowledge we are not, and nor have I ever heard that we were making any dials for the Bloomberg campaign or on behalf of them through someone else, nor have I heard that we [are] currently making them, but I am not in a position to know every campaign that is going.”

Friedmann said that whether or not the Bloomberg campaign knew about the arrangement with ProCom, it was responsible. “It’s entirely possible they didn’t know,” Friedmann told me, “but that’s like saying department stores making clothes in southeast Asia don’t know that 5-year-olds are stitching together their soccer balls. Well, shouldn’t you know? Shouldn’t you have some idea of your supply stream, or what your downside supply stream is doing?”