The campaign’s use of Mechanical Turk is in sharp contrast with Buttigieg’s outspokenness about the need for protections for gig workers. 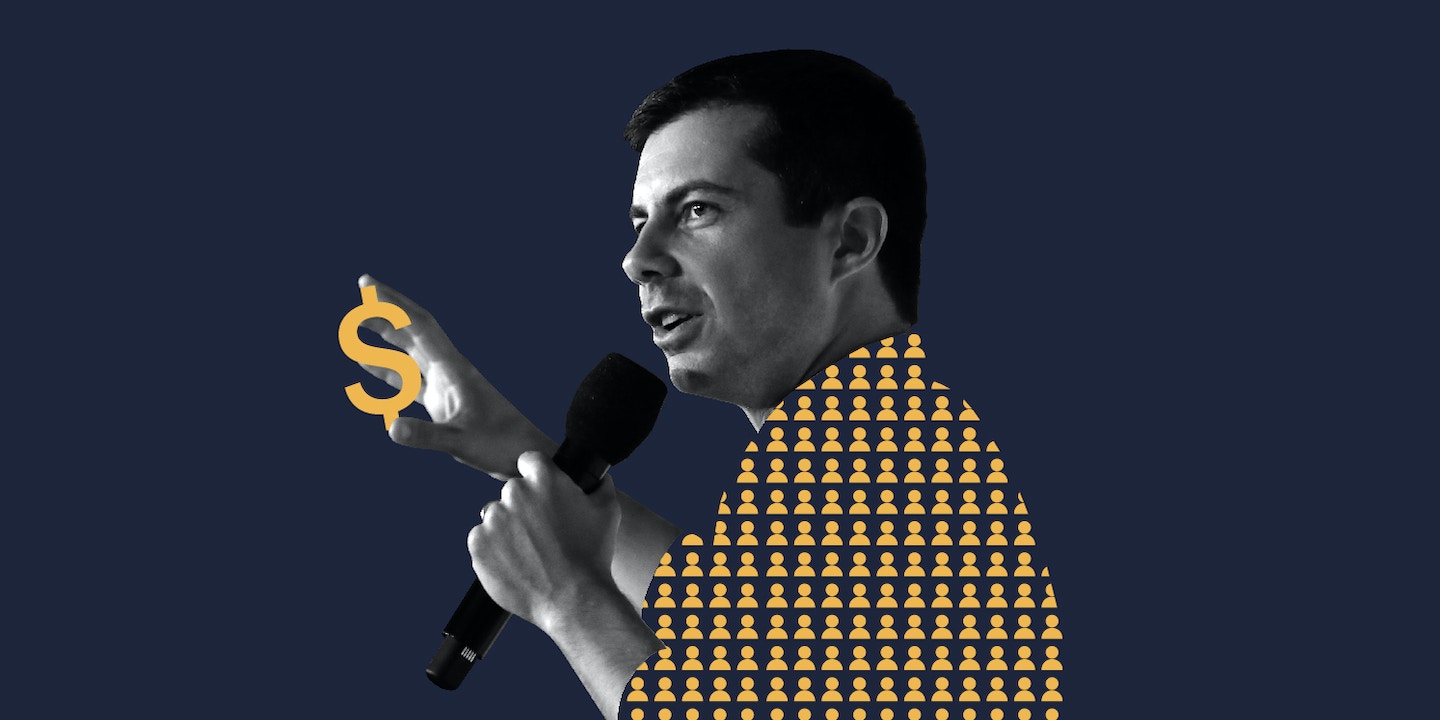 The presidential campaign of former South Bend, Indiana, Mayor Pete Buttigieg spent $20,000 over the summer hiring gig workers through the platform Amazon Mechanical Turk, or MTurk, one of the most controversial actors in the gig-working space. Studies have found gig workers at the company are paid far below minimum wage, even though many on the platform work full-time.

The Buttigieg campaign contracted with MTurk for “polling” in August and September, according to Federal Election Commission records. MTurk allows a job requester to post the type of task they want completed and a price they’ll pay for it (the site allows payments as low as 1 cent). It is unclear from the FEC records how much the campaign paid per survey. A campaign spokesperson said they took steps to ensure participants were paid above the minimum wage for surveys that lasted 2-3 minutes, but would not specify how much the participants were paid.

The campaign’s use of an exploitative platform like MTurk is in sharp contrast with the way Buttigieg has cast himself as a pro-worker candidate. He has been outspoken about the need for labor protections for those in the gig economy, whom companies often misclassify as independent contractors rather than employees in order to skirt labor protections. He has proposed several measures that would achieve better labor standards for gig workers, including a $15 minimum wage, cracking down on payroll fraud that lists gig workers as independent contractors, and ending right-to-work laws.

This past weekend, at a culinary union’s town hall in Las Vegas, Buttigieg told the audience, “If you’re a gig worker, as far as I’m concerned, you’re doing a gig, you’re working. And if you’re working, that makes you a worker, and if you’re a worker, you deserve protections. We are going to make sure gig workers have the chance to organize and unionize, too.” In August, Buttigieg joined gig workers to rally outside of Uber’s headquarters in support of a California law that aimed to crack down on exploitation.

But workers on MTurk are not considered employees by the company, which is owned by Amazon, and do not have any labor or wage protections, nor do they have the freedom to join a union. Workers there tried to form a union in 2014 and Amazon, which collects a 20 percent fee per “worker reward,” squashed the effort.

While exploitation is rampant in the gig economy, MTurk has been identified as one of the worst offenders by journalists and researchers. MTurk workers can perform “mind-numbing tasks for hours on end, sometimes earning just pennies per job,” Alana Semuels wrote last January in The Atlantic in a piece titled, “The Internet Is Enabling a New Kind of Poorly Paid Hell.” Companies like MTurk, Semuels wrote, may inadvertently end up targeting vulnerable individuals because they provide quick, easy work that can be done remotely and without requesters on the site having to expend resources on vetting workers. “Requesters use Mechanical Turk because they can farm out menial work on the cheap and get that work done quickly,” Semuels wrote. “They may seem like one-off jobs, done for money on the side by people with a surplus of idle time. But a growing number of people are turning to platforms like Mechanical Turk for the bulk of their income, despite the fact that the work pays terribly. It’s emblematic of the state of the economy in certain regions of the country that some people consider this type of work to be their only choice.” Requesters can also reject work if it doesn’t meet their standards, a subjective decision that means workers risk not being paid even if they spend time on a task.

In several reviews of MTurk on Glassdoor, current and former employees confirm the minimal pay. Some tasks are paid “around 10 cents per minute or 6 dollars an hour if you know the tricks,” wrote one reviewer. “The pay sucks,” another reviewer wrote. “It’s way less than minimum wage.” Under “advice to management,” they wrote, “pay at least min wage in the US.”

The use of MTurk for polling, as the Buttigieg campaign did, has proven controversial among academics who rely on survey responses for their research. “Perhaps most problematic, is the ethical quandary of employed, tenured academics exploiting low-wage work by people at the opposite end of the pay and job security scale,” wrote technology writer and researcher Alexandra Samuel in JSTOR Daily, in an essay subtitled, “Online services like Amazon’s ‘Mechanical Turk’ have ushered in a golden age in survey research. But is it ethical for researchers to use them?”

Amazon did not respond to a request for comment.

The Buttigieg campaign is not the first to take advantage of contemporary labor practices to the benefit of its campaign. Last month, The Intercept reported that Mike Bloomberg’s campaign was exploiting prison labor to make phone calls, a relationship the campaign ended following questions from The Intercept. The Intercept could find no evidence that any other campaign was using MTurk, though it’s not uncommon to find Uber or Lyft expenditures in FEC reports. Last year, some staffers for Sen. Bernie Sanders complained that the campaign was using Airbnb for lodging and Amazon for office supplies.