Joe Biden likes to tout his ties to Obama, but he chose Anita Dunn, a lobbyist who fought progressive policies under Obama, to lead his campaign. 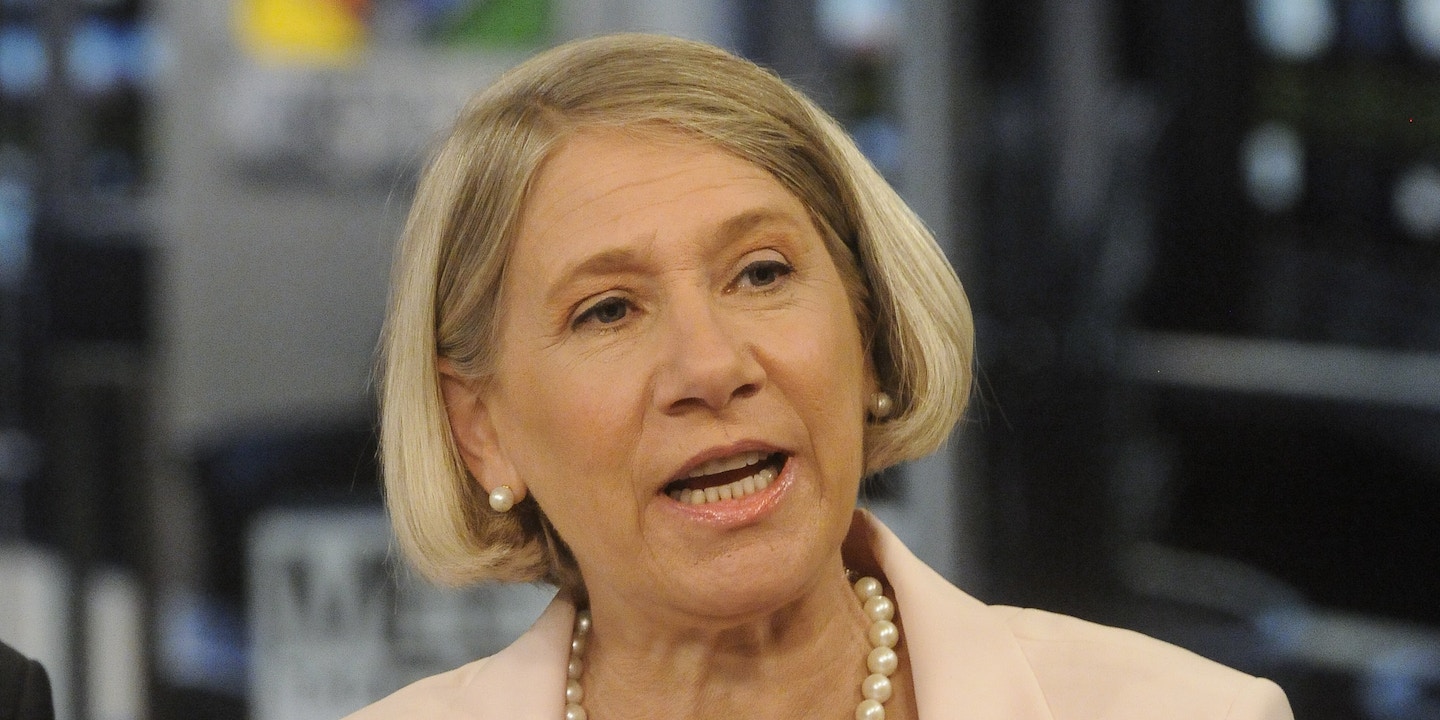 Joe Biden’s presidential campaign has leaned heavily on his association with Barack Obama, touting ties to the former president in every debate and airing television ads filled with montages that imply Obama’s support.

The former vice president’s campaign, however, is being led by Anita Dunn, a Democratic strategist who has been employed over the last decade by interests seeking to undermine Barack and former first lady Michelle Obama’s progressive priorities.

Dunn joined the campaign last year as an adviser and was elevated to a management role following a shakeup after the former vice president’s poor showing in Iowa and New Hampshire earlier this month. Dunn briefly served as the White House communications director during Obama’s first term, but left the administration to return to SKDKnickerbocker, an advertising and consulting firm she founded that lobbies for a variety of corporate interests, and where she serves as a partner. As of November, she was still leading the firm. The “D” in the firm’s name refers to Dunn. The first “K” is for Bill Knapp, currently on leave from the company to work for Michael Bloomberg’s campaign.

The elevation of Dunn highlights the thinness of Biden’s appeal as an Obama liberal. Biden has championed a pledge to reject lobbyist support, mirroring Obama’s original campaign pitch, but has embraced not only a range of special interests, but the very lobbyist spearheading his bid personifies the type of double-dealing in Washington, D.C., that helped eviscerate Obama’s progressive legacy. Dunn did not immediately respond to a message left with her office.

In 2010, Michelle Obama unveiled a bold campaign to take on the junk food industry by providing voluntary guidelines to discourage foods with high levels of added sugars, salt, and fat from being marketed to children.

The guidelines, while celebrated by nutrition experts and public health advocates, were dead in the water within a year. Industry lobbyists for companies like General Mills, Kellogg, PepsiCo, and Time Warner flooded the administration with complaints, claiming that the guidelines would kill jobs, and worked with legislators to slip a provision into the government’s budget designed to indefinitely delay the guidelines.

The campaign to defeat Obama’s initiative was managed by none other than Dunn, whose firm created an ad-hoc group, the Sensible Food Policy Coalition, to bring industry together in opposition to the guidelines.

Dunn, asked in 2011 by the Washington Post about working with the junk food industry against the Obamas, brushed off criticism. “At the end of the day, combating childhood obesity is not a question of what gets advertised but a matter of more exercise, healthier eating habits and working together,” Dunn said.

Over the years, SKDKnickerbocker has worked closely with other interest groups seeking to derail another signature Obama initiative.

After reports showed that major for-profit colleges were systematically misleading students, pushing them into high-cost degrees with poor training and fraudulent promises of jobs after graduation, the Department of Education under Obama pursued a new policy to ensure that tens of billions in taxpayer money would only go to for-profit schools that met a certain standard for students’ debt levels and income after graduation.

Dunn worked directly with Kaplan Education, which owned a network of for-profit colleges, to undermine the Obama administration’s crackdown. According to the New York Times, Dunn visited the White House frequently and worked to shape the for-profit college industry’s message to fight the Obama initiative.

After a series of defeats, the Obama administration eventually passed the so-called gainful employment regulation on for-profit colleges. But for-profit colleges ultimately prevailed. The rule has been largely rolled back by President Donald Trump’s Secretary of Education Betsy DeVos.

As a firm, SKDKnickerbocker has also been retained to push the Obama administration into backing more conservative, business-friendly policies — policies with which Biden was generally aligned.

The consulting firm represented two corporate lobbying coalitions, WIN America and the Alliance for Competitive Taxation, which both pushed the administration to embrace corporate tax cuts and a tax holiday on overseas corporate earnings. The plan ultimately failed under Obama, but similar ideas figured prominently in Trump’s 2017 tax cut.

The Pete Peterson Foundation — a powerful force in Washington, D.C., that financed the push for steep cuts to government expenditures, including cuts to Social Security, during Obama’s first term — also retained SKDKnickerbocker to manage its media efforts in 2010. Shortly after the tea party wave, the Peterson Foundation released an advocacy campaign designed to promote an austerity agenda. The campaign included a campaign ads for a faux presidential candidate named Hugh Jidette.

The Peterson-backed effort demanded an increase in the Social Security retirement age and lower payments for Social Security beneficiaries. Tax disclosures show that the Peterson’s media consultant for the campaign was SKDKnickerbocker, which was paid more than $5 million in 2010 and 2011.

Biden, notably, led the effort to cut government spending with a focus on Social Security. Biden and his close aide Bruce Reed played a pivotal role in the National Commission on Fiscal Responsibility and Reform, pushing to cut entitlement programs.

As The Intercept has reported, SKDKnickerbocker has taken on other controversial clients. The firm was retained by the NSO Group, an Israel company involved in hacking phones for a range of despotic clients. SKDKnickerbocker was also retained by Dominion Energy, the utility conglomerate that owns SCE&G, a local South Carolina utility that charges the highest electricity rates in the country.

Lobbying disclosures show that Dunn’s firm is still involved in lobbying efforts. The company is currently retained by the Fur Information Council, a group battling the push to regulate the fur industry in New York City. The group is also retained by Amazon and the New York City Center for Charter School Excellence.

Dunn’s role as an adviser to the wealthy and well-connected is closely documented. After the Times reported on a long history of sexual assault allegations against Hollywood mogul Harvey Weinstein, Dunn reached out to Weinstein to offer damage control advice.

In 2012, I spoke briefly to Dunn about her role as a lobbyist. I asked her how she could square her dedication to corporate clients with her professed role as a Democrat, given Obama’s promise to drain the influence of corporate lobbyists in America.