Colorado’s Health Care Future has flooded the state with ads. But Colorado Health is not a society of medical professionals — it’s run by lobbyists. 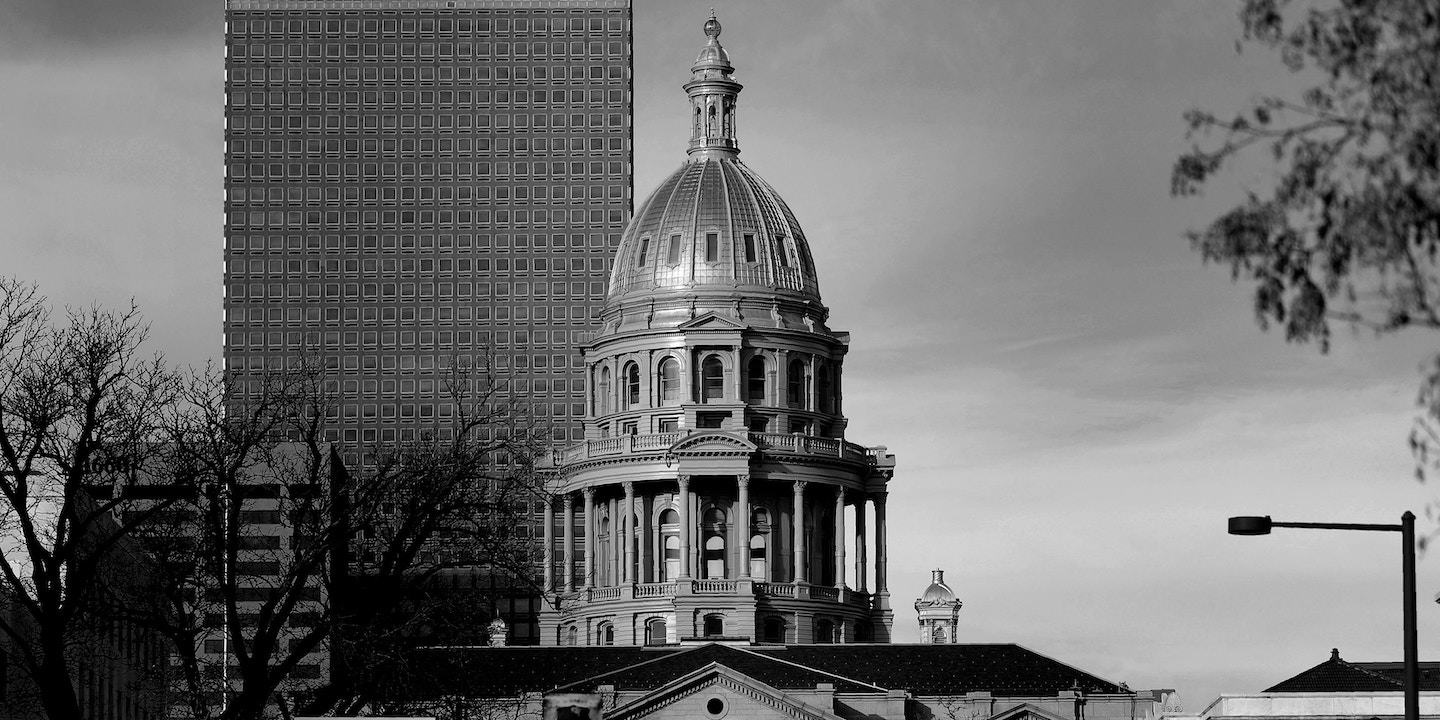 Colorado’s Health Care Future has flooded the state in recent months with mailers and advertisements that feature people in medical smocks with stethoscopes speaking sternly into the camera about the dangers of “government-controlled health care.”

“Patients and doctors should make health care decisions, not politicians,” declares a woman wearing a lab coat in one of the group’s television ads.

The Colorado group, launched last year to defeat the public option proposed by Colorado Gov. Jared Polis, has aired thousands of advertisements across broadcast television and social media, disclosures show. Its parent group, the Partnership for America’s Health Care Future Action — a 501(c)(4) that does not disclose donor information — spent $1,631,297 in January alone on ads and advocacy to undermine the Colorado public option bill.

The public option proposal, known officially as the “Colorado Affordable Healthcare Option,” is the latest in a string of policies backed by Polis to make health costs more affordable. Last year, the governor unveiled an effort to import low-cost pharmaceuticals from Canada. Polis also established new protections to end the practice of “surprise billing,” capping the amount out-of-network hospitals and providers can charge insured patients.

But Colorado Health is not a society for medical professionals, as the images in the ads suggest.

Colorado’s Health Care Future is overseen by Chip Kahn, a longtime Republican strategist and chief lobbyist for the Federation of American Hospitals, a trade group in Washington, D.C., that lobbies on behalf of 17 of the largest investor-owned hospitals in Colorado. The effort is also backed financially by private insurers, drug companies, and health product corporations.

Far from representing a broad array of Coloradans, many of the people featured in Colorado’s Health Care Future’s online ads are stock images. Much of the rhetoric in the ads reflects talking points developed by health care lobbyists over the last two years to defeat similar proposals across the country.

HCA Healthcare, one of the sponsors of Colorado’s Health Care Future, is an investor-owned health conglomerate that operates a chain of hospitals and the debt collection firm Medicredit, which swamped Colorado patients with collection lawsuits.

According to court documents compiled by the advocacy group Medicare for All NOW, Medicredit has filed medical debt collection lawsuits against 7,800 patients in Colorado over the last decade.

HCA Healthcare, the Federation of American Hospitals, and the lobbyists involved in managing Colorado’s Health Care Future did not respond to a request for comment.

The state public option plan, which would be the second in the nation if passed, represents an aggressive effort by the governor to rein in costs and expand coverage.

The plan initially envisions a new insurance option for patients not currently enrolled in an employer-based plan to enroll in a plan tightly regulated by the state and managed by a private insurer. Lawmakers have said that the plan could later be offered to small businesses.

Premiums would be set by the government at as much as 20 percent less than current premiums on the exchanges, saving as much as $120 per month for many residents. Hospitals are required to accept patients enrolled in the state option or face escalating fines and a loss of state license to operate.

The bill provides several areas for cost-savings to provide for the plan. Insurers must spend a higher share of revenue they collect from premiums on care rather than administrative costs or profits. Drug manufacturers will be required to pass rebates directly to people covered by the public option. And most hospitals and providers will receive a fixed rate of 155 percent of Medicare reimbursement formulas, though some smaller and rural hospitals may receive higher rates.

“We have built a uniquely Colorado solution that provides real support to struggling people, increases competition and ensures our Colorado hospitals will continue to have the resources they need to serve our communities,” said Democratic state Sen. Kerry Donovan at the press conference last week announcing the introduction of the bill.

Colorado hospital charges are among the most expensive in the country. A study from the think tank RAND Corporation found that hospitals in the area charged 350 percent on average higher than Medicare rates for outpatient care. The costs, the study found, were in part because of low rates of competition from years of consolidation within the hospital sector.

The Colorado media has featured horror stories of sticker shock from hefty medical bills, including a small business owner charged $1,227 for a flu diagnostic visit, a young man charged $12,460 for a 45-minute visit to an emergency room over intoxication-related dehydration, and a woman charged $2,783 after visiting a hospital for ankle pain.

Many of the exorbitant charges have been made by investor-owned hospitals, which operate many of Colorado’s leading health care facilities. Kindred Healthcare, Universal Health Services, and HCA Healthcare control the bulk of hospital beds in Colorado.

Kindred and HCA Healthcare have collectively spent over $3 billion on stock repurchase agreements since 2019, shifting revenue into investors’ hands.

In November, William Rutherford, the executive vice president of HCA Healthcare, said the company was closely monitoring the possibility of a public option in Colorado, particularly the proposal that would set reimbursement rates for hospital procedures.

“Anytime you get into kind of rate setting on there, then we have some concerns about that,” Rutherford told an assembled group of investors at the Wolfe Research Inaugural Healthcare Conference in New York.

Chip Kahn, the chair of Partnership for America’s Health Care Future Action, has long been involved in health care advocacy on behalf of industry. After serving as an aide to Newt Gingrich, Kahn worked as a health insurance lobbyist and was instrumental in the “Harry & Louise” ad campaign that helped sink President Bill Clinton’s health care plan in 1994.

Kahn, who lobbies on behalf of HCA Healthcare and Kindred, is also one of the best compensated health care lobbyists in the country. He was paid $2.8 million a year, according to the latest disclosure available.

Speaking last year at an industry conference, Kahn claimed that the Partnership for America’s Health Care Future Action group had been his idea to provide “counter messaging” to health care reform advocates touting an expanded role for government-run health insurance.

“We have to tell the people we serve and give them messages about how we feel about this,” said Kahn, “knowing that we want to serve them, and we know health care needs to be financed, but this is the wrong way to go.”