“Yemen’s health sector hasn’t been stretched to its limits,” said Kristine Beckerle of Mwatana for Human Rights. “It’s far beyond its limits.” 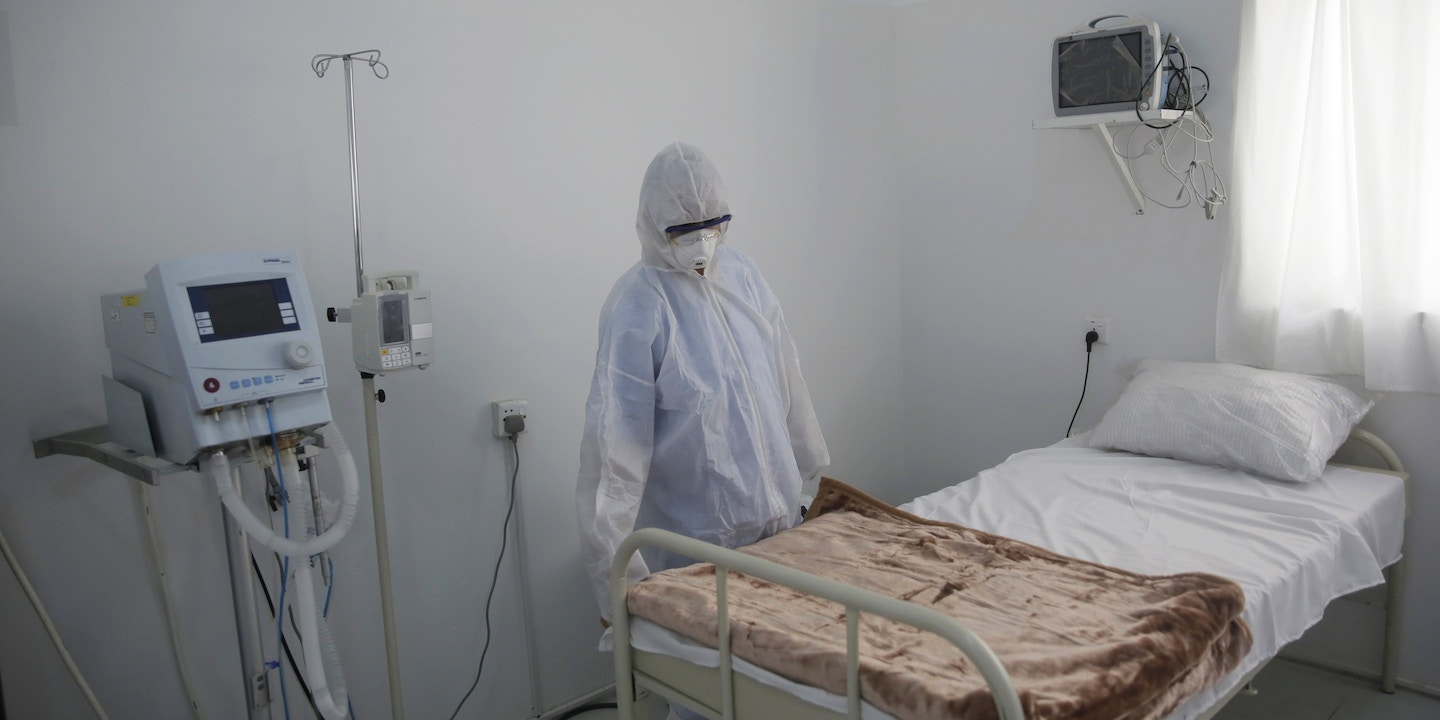 The World Health Organization has yet to announce a case of Covid-19 in Yemen, but a new report sheds light on how years of attacks, many targeting hospitals and clinics, have helped push the country’s health system past the breaking point.

Based on nearly 200 interviews, cross-checked with witness statements, photographs, and media and NGO reports, the report documents 120 attacks against medical facilities across 20 of Yemen’s 22 governorates between March 2015, when Saudi Arabia and the United Arab Emirates started a war there with U.S. backing, and the end of 2018.

The report is the most comprehensive attempt to document attacks on medical facilities in the conflict to date, and sheds important light on an already overwhelmed health system that is struggling to cope with the fallout from years of malnutrition, preventable diseases, and escalating violence.

“When you look at it, it’s really a death by a thousand cuts situation,” said Kristine Beckerle, the legal director for accountability and redress at Mwatana for Human Rights. “Yemen’s health sector hasn’t been stretched to its limits; it’s far beyond its limits.”

Of the attacks documented in the report, 35 were aerial assaults by the Saudi and Emirati coalition, and involved bombing raids on 32 separate medical facilitates. “Most airstrikes caused significant damage to the facilities in question, destroying vital medical units and causing widespread disruptions in access and service provision,” the report says.

Forty-six of the attacks were from ground-launched mortars or rockets, mainly operated by the Houthi rebel group or their allies, and nine were attempts by Houthi forces to occupy or commandeer medical facilities.

Rayan Koteiche, one of the authors of the report and a Middle East and North Africa researcher for Physicians for Human Rights, told The Intercept that all warring parties were guilty of attacks against medical facilities, from the Saudi and Emirati air forces to the Yemeni government they support and the Houthis, who occupy the capital of Sana’a in the North.

“They’ve all been perpetrating violations of international humanitarian law by attacking — repeatedly — the health infrastructure and medical personnel in Yemen,” Koteiche said.

Years of restricted access and infrastructure damage, as well as attacks against hospitals and other facilities, have left the country’s health system unable to respond to preventable diseases, let alone a pandemic, Beckerle said. “We’re not talking about buying hand sanitizer or disinfectant. People can’t even purchase soap in some places. You have to think about the basic measures people are taking to protect themselves — those might be largely unavailable to people in Yemen.”

During the war, the health care system has been strained by preventable diseases, and the breakdown in sanitation led to the largest cholera outbreak in modern history, reaching more than a million cases. Before the war, Yemen was heavily dependent on foreign medical workers — many of whom have returned home — and imported virtually all of its pharmaceuticals and medical equipment.

“Cholera is a pretty good example of a disease that shouldn’t exist anywhere on the planet where there is the bare minimum response capacity from a medical system,” Koteiche said.

Import and access restrictions from a Saudi and Emirati naval blockade, fighting, and siege-like conditions across swaths of the country have led to shortages in medicine and equipment. And while comprehensive data on the number of health facilities in Yemen is not public, the U.N. Office of for the Coordination of Humanitarian Affairs has said that only 51 percent of the country’s health centers “remain fully functional.”

But Beckerle said that the health system in the country is far from ready to tackle advanced preparations for a pandemic, such as increasing hospital beds or stores of medical equipment, like ventilators.

“The conversation is, can you get to a hospital, and do they have electricity?” Beckerle said. “And that is daily life.”