Introducing Somebody, an Investigative Podcast

Shapearl Wells wants to know who killed her son Courtney. The cops won’t help, so she sets out on her own investigation to find the killer. Shapearl Wells heard a banging at her door shortly after 2 a.m. on March 4, 2016. It was the police, and they said her son Courtney Copeland was in the hospital. When Shapearl’s husband called for more information, the hospital couldn’t release anything over the phone. Shapearl fell to her knees. She felt in her heart that Courtney was already dead. He was 22.

Police said Courtney was shot in his car and drove to a nearby station on the Northwest Side of Chicago, where he flagged down an officer for help. But when detectives asked Shapearl if Courtney was the owner of the car — a BMW — she immediately became suspicious. And when the city wouldn’t release the neighborhood camera footage showing Courtney’s police encounter, Shapearl reached out to the Invisible Institute, a small investigative journalism studio on the South Side of Chicago, where I work.

We decided to document her quest with an investigative podcast. It’s called Somebody, and it’s launching on March 31.

When I first sat down for coffee with Shapearl in 2017, I wasn’t looking for another investigation. I was a new mom, had recently returned to work, and I had a list of projects waiting for me. I have no idea where that list is now.

For the last three years, investigating Courtney’s death has been at the top of my list, my mind, my everything. With each passing year, as my own son grew from infant to toddler to little boy, I was often seized by a pang, something like survivor’s guilt. While I never knew Courtney when he was alive, I came to know him through photos, videos, interviews with his friends, and of course, an ongoing conversation with Shapearl. Her heartbreak from being separated from Courtney continues to sear me and scare me — especially as I reckon with what it means to raise my son, a mixed-race boy in Chicago.

In her quest for answers, Shapearl has been unstoppable in scrutinizing the official narrative of what happened to Courtney. I accompanied her in a maddening mission that has become the occupying force of her life. We’ve shared middle-of-the-night missives, strange dreams, revelations, anxieties, fears — and above all, an obsession with finding the truth.

For Shapearl, this quest was her grief playing out, a way to be with her son in his final moments by dissecting them, second by second. Making a podcast, while secondary to the investigation itself, was a means to an end: narrative justice. By telling this tale, Shapearl has uncovered new evidence and called to account the systems of power encircling Courtney’s death. And ultimately, she has found strength in other mothers around the world who have lost their children to state violence.

Bearing witness to this has molded me, both as a mother and as a journalist. And I’ve learned the power of what women can do when they fight from the womb. 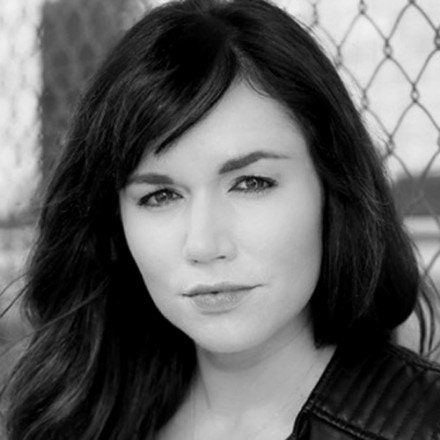